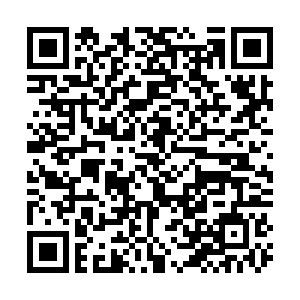 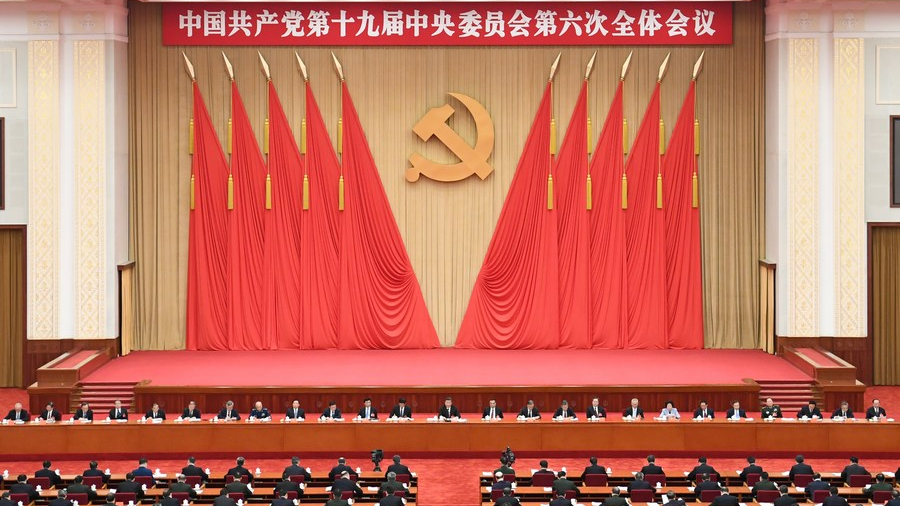 The sixth plenary session of the 19th Communist Party of China Central Committee is held in Beijing, capital of China, from November 8 to 11, 2021. /Xinhua

The sixth plenary session of the 19th Communist Party of China Central Committee is held in Beijing, capital of China, from November 8 to 11, 2021. /Xinhua

China released a landmark resolution on the major achievements and historical experience of the CPC's 100 years of endeavors on November 16. The Resolution was reviewed and adopted at the sixth plenary session of the 19th CPC Central Committee, which was held from November 8 to 11. The two previous historical resolutions were passed under Mao Zedong in 1945 and Deng Xiaoping in 1981. The fact that in the CPC's 100 years, a total of three historic resolutions have been adopted, shows the importance of the sixth plenum in the CPC's as well as China's history.

While the sixth plenum focused on celebrating the 100 years of the CPC, there was a significant resonance of the CPC's history, the trials and tribulations it has undergone to get to where it is today, as well as recognizing the contributions of the past leaders.

The resolution reinforces the inextricable link between the Chinese people and the CPC, and how they are inseparable, and in fact, "two sides of the same coin."

By staying true to its core, the Party has improved the Chinese people's well-being and brought collective prosperity, simultaneously making China a strong nation.

Another important significance of the sixth plenum is that it coincides with the CPC-led China having realized the first centenary goal of eradicating absolute poverty and building a moderately prosperous society. The realization of this goal also ties in with the CPC's aspiration of national rejuvenation. 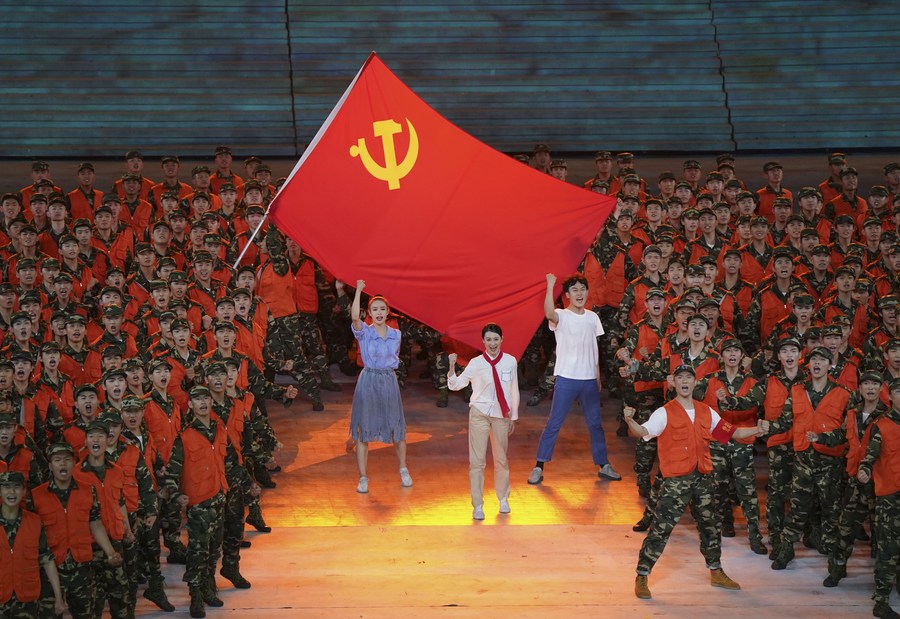 An art performance titled "The Great Journey" is held in celebration of the 100th anniversary of the founding of the Communist Party of China at the National Stadium in Beijing, capital of China, June 28, 2021. /Xinhua

An art performance titled "The Great Journey" is held in celebration of the 100th anniversary of the founding of the Communist Party of China at the National Stadium in Beijing, capital of China, June 28, 2021. /Xinhua

A consistent common denominator in the CPC's philosophy from the time of Mao to Xi has been a people-centric approach to development. This approach has prioritized the well-being, harmony and happiness of the people. As the communique states, "the Chinese people were not only capable of dismantling the old world, but also of building a new one," referring to China's transition from a poor country with a large population to a modern, socialist country.

The contributions of Mao Zedong Thought, Deng Xiaoping Theory, the Theory of Three Represents and the Scientific Outlook on Development have all collectively given birth to the modern China of the 21st century, with Xi Jinping Thought on Socialism with Chinese Characteristics for a New Era being the latest addition.

The sixth plenary session drew lessons and strength from China's history, when China was coerced into signing unequal treaties with foreign powers, and subjugated both politically and economically. Today China exercises complete political and economic sovereignty. With rapid economic growth, advancement in science and innovation, establishment of overall harmony and stability and a strong People's Liberation Army, China no longer carries the same vulnerabilities that it once did.

The emergence of Xi Jinping as a leader of the times is clear. China is arguably facing the single largest challenge since its establishment in 1949 by big power competition and a U.S.-led Cold War. There are efforts in the West to contain the peaceful rise of China.

To face the challenges, China needs a leader who is strong and able to rally the CPC and the Chinese people and unify them around the core interests of the country. In this regard, Xi is the need of the hour for the Chinese people, who is strengthening the CPC at home, and safeguarding China's interests abroad.

The sixth plenary session is also an important prelude to the 20th CPC National Congress, which is scheduled to be held in the second half of 2022, where a new Central Committee will be elected and key positions in the Politburo of the Central Committee will see new faces. Hence, the sixth plenum has set the agenda and the tone for the major changes to come next year, and informed the Party cadres and the Chinese people of what the national priorities are and where the country is headed in times to come.