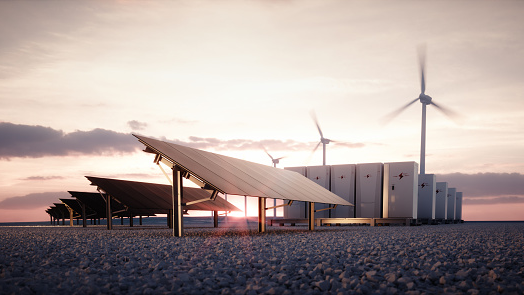 Editor's note: David Fradin is the president and founder of Spice Catalyst and a professor at Manipal University. The article reflects the author's opinions and not necessarily those of CGTN.

Climate change is the defining struggle of our generation. However, far too much of our global energy infrastructure and consumer goods production is still reliant on fossil fuels. I believe that groundbreaking product design, encouraged by a coherent tax incentive strategy, could inspire the innovations that could build the green technologies of tomorrow.

Asking people to eat less meat and drive fewer miles is, quite simply, too little too late. To save ourselves and the planet, we need to aggressively stimulate green innovation. That's why it's time to offer tax credits to those companies who are searching for the next radical carbon-friendly inventions.

Our current methods for tackling climate change aren't working. Relying on individuals to reform their short-term behavior for a long-term goal is notoriously difficult. We are prone to a collective "cognitive dissonance," whereby our actions do not reflect our beliefs.

According to a Pew Research Center survey in 2019, 62 percent of Americans say that climate change is affecting their local neighborhood. However, only 23 percent of Americans reported eating less meat in that same year, even though the link between meat production and carbon dioxide emissions has been irrefutably established, an opinion poll by the American analytics and advisory company Gallup found.

I understand why this is. Most agree that eating meat is part of their way of life; you simply cannot rewrite a culture overnight. As humans, we have spent the past 200,000 years tending to the present, whether that be food, shelter or mating. Thinking in the long term is quite unnatural for us.

The debate over what people ought to do is irrelevant. Asking whole populations to change lifelong behaviors is futile. As Behavioral psychologist and Nobel Laureate Richard Thaler famously asserted, "If you want people to do something, make it easy."

That's why I believe climate change is a design problem. We need to be encouraged to create products and solutions that are easy to use and can have a neutral or positive impact on the environment. Of course, individuals need to adjust their behavior to lower their personal emissions. That's why we need to give them the tools they need when doing so.

There are promising examples of this happening already. Researchers have found that feeding seaweed to cattle can reduce their methane output by up to 82 percent. Similarly, a company called Apeel has produced a plant-based coating that allows fresh produce to stay for twice as long. 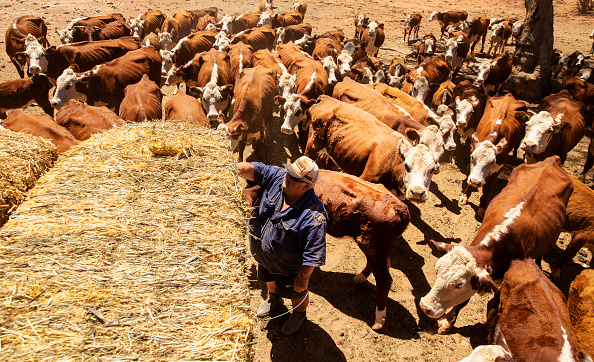 The beauty of these designs lies in their ease. The individual chefs won't throw out food simply because they don't have to, and their customers will be blissfully unaware that their burgers will have an 82 percent less impact on the planet.

Similarly, consider the scientists who are replacing Lithium-ion batteries with Silicon ones. Not only does the latter carry more charge and have a longer life, but they also dramatically cut down the carbon-intensive process of producing lithium batteries. These are the types of technologies that start-ups need to be racing for.

There are powerful forces at work to encourage clean technology creation; governments around the world are imposing limits on greenhouse gases, and the private sector is racing to curb emissions in response.

However, green technologies have a pernicious problem: Their time to market is notoriously slow. Take solar panel technology for example. Prior to 1999, the number of patents issued annually would take a decade to double. Similarly, driverless cars remain prohibitively expensive, and lab-grown meat still seems like a science fiction concept.

This is where I believe the government should step in. Across the Western world, there is a host of incentives given to individuals to use clean energy. In the U.S., there is a 26 percent tax credit for installing solar panels in houses. Similarly, there is a tax credit for those with plug-in and electric vehicles in most European countries.

As far back as 1992, the Energy Policy Act, which passed with bipartisan support, provided a production tax credit for producing electric energy. The U.S. government is no stranger to using tax incentives to encourage green behavior.

Yet there is a curious asymmetry. Why are we incentivizing individuals to use green products, but there seems to be no incentive for companies to make them in the first place?

We need to minimize the "time to market" problem as much as possible by encouraging companies to race each other to the finish line. That's why I believe that tax credits should be issued to those companies that are developing patents for cutting-edge, emission-slashing green technologies.

As it stands, we still have huge emissions-producing sectors that are hungry for innovation. For example, in the industrial sector, which accounts for 20 percent of worldwide emissions, very few options exist for creating the requisite high heat for making metals or eliminating carbon emissions.

It's time to unleash a tidal wave of innovation. Deep tax credits should be offered to those start-ups, corporations and inventors who are working on cutting-edge green technologies.

When it comes to climate change, the clock is ticking. We do not know what technologies we are missing out on purely because the right company doesn't have the right incentive.

In our fight against climate change, relying on human self-control is a fatal dead end. Instead, we need to use the weapon that got us to the moon, eradicated smallpox and built the atomic bomb. To save ourselves and the planet, we must rely on human ingenuity.