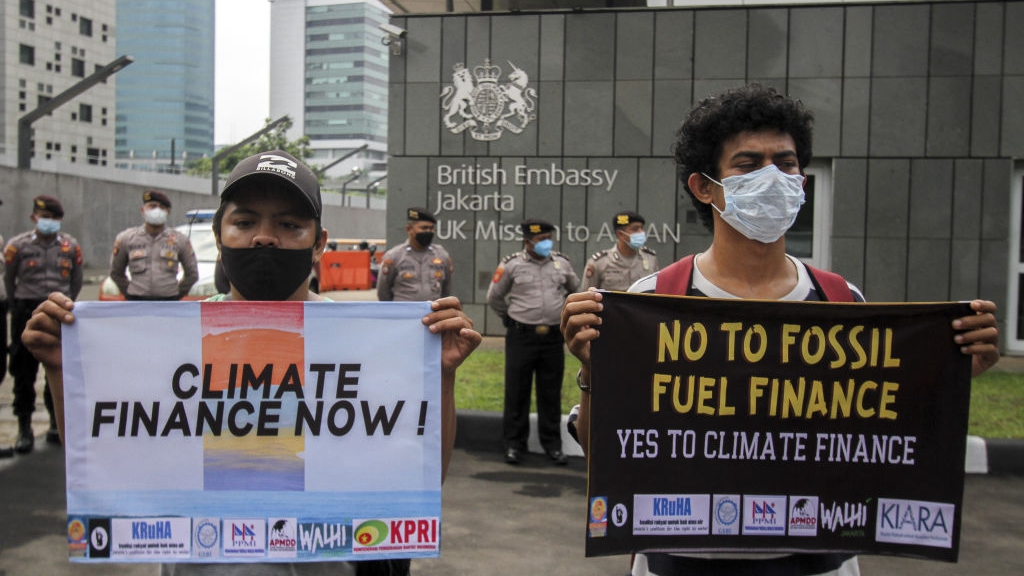 The United Nations Climate Change Conference in Glasgow (COP26) fell far short of what is needed for a safe planet, owing mainly to the same lack of trust that has burdened global climate negotiations for almost three decades.

Developing countries regard climate change as a crisis caused largely by the rich countries, which they also view as shirking their historical and ongoing responsibility for the crisis. Worried that they will be left paying the bills, many key developing countries, such as India, don't much care to negotiate or strategize.

They have a point – indeed, several points. The shoddy behavior of the United States over three decades is not lost on them. Despite the worthy pleas for action by President Joe Biden and Climate Envoy John Kerry, Biden has been unable to push the U.S. Congress to adopt a clean-energy standard.

Biden can complain all he wants about China, but after 29 years of congressional inaction since the Senate ratified the UN Framework Convention on Climate Change in 1992, the rest of the world sees the truth: America's broken and corrupt Congress remains in the pocket of Big Oil and Big Coal.

Financing is at the heart of the geopolitical rupture on climate change. Developing countries are already reeling under countless pressures: the COVID-19 pandemic, weak domestic economies, increasingly frequent and severe climate-related disasters, the multiple disruptions of the digital age, U.S.-China tensions, and high borrowing costs on international loans.

They watch the rich countries borrow trillions of dollars on capital markets at near-zero interest rates, while they must pay 5-10 percent, if they can borrow at all. In short, they see their societies falling even further behind a few high-income countries.

They see rich countries spending an extra $20 trillion or so on their own economies in response to COVID-19, but then failing to honor their promise – dating from COP15 in 2009 – to mobilize a meager $100 billion per year for climate action in developing countries.

Of course, Biden's reticence on climate financing for developing countries is understandable. He would be lambasted in the nationalistic U.S. media if he called for more U.S. help for the developing countries, and would gain nothing for it in Congress. With U.S. global influence waning, America's nationalists have turned even more aggressively against the rest of the world. "America Firsters" in Congress would block any new appropriations.

Many governments in Europe are in roughly the same position, perched precariously between nationalist and internationalist parties. And with budget deficits in European countries generally high in the wake of COVID-19, many parliaments have little taste to do more - especially given that the European Union already devotes a far higher share of gross national income (roughly 0.5 percent) to official development assistance than does the U.S. (just 0.17 percent).

That leaves us stuck between the reality of a devastating global climate crisis and rich countries' nationalist politics, with climate finance based on voluntary contributions by the rich. The result is the chronic deep under-financing of global public goods such as a safe climate, the Sustainable Development Goals, and COVID-19 vaccines. Leaders like Biden may plead with their legislatures to be responsible, but the legislators find it more politically expedient to rail against "undeserving" foreigners.

The financial failures at COP26 are both tragic and absurd, going beyond the overarching failure to mobilize the promised $100 billion per year. Consider that the much-vaunted Climate Adaptation Fund, established to help developing countries to meet their adaptation needs, collected all of $356 million in pledges at COP26, or roughly five cents per person in the world's developing countries. Financing for "losses and damages," that is, to recover and rebuild from climate disasters, fared even worse, with rich countries agreeing only to hold a "dialogue" on the issue. 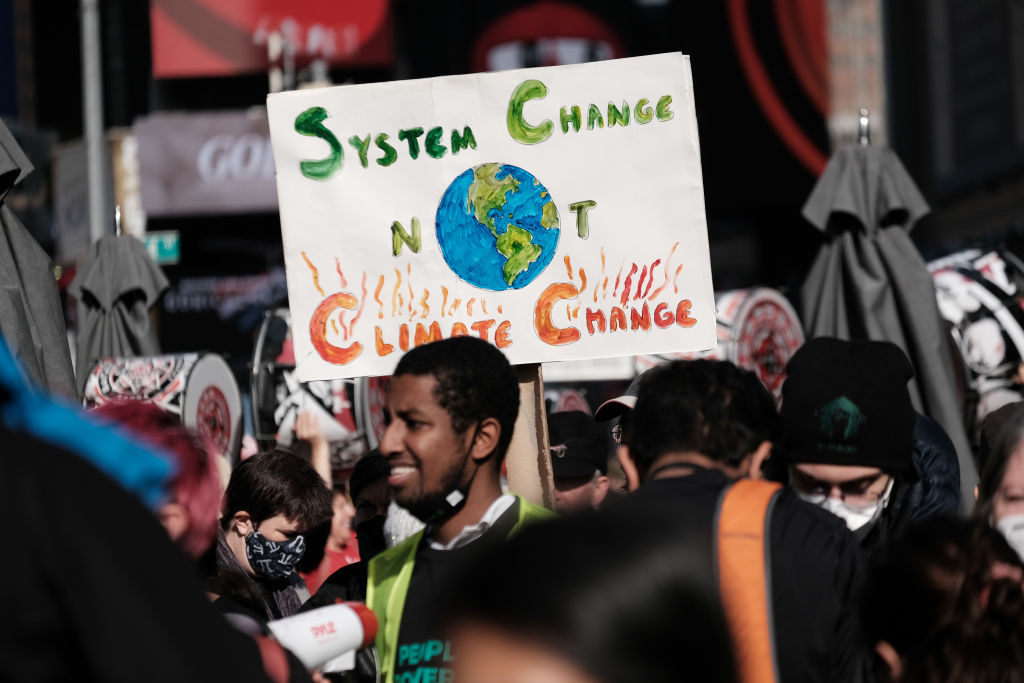 This financial voluntarism needs to end. We need a global formula that assigns responsibility to each rich country. At least in that case, the global community would have a benchmark to demand action from laggard countries like the U.S.

Here is one straightforward and workable approach. To help fund the clean-energy transition (mitigation) and climate resilience (adaptation) in developing countries, each high-income country would be levied $5 per ton of carbon dioxide emitted. Upper-middle-income countries would be levied $2.50 per ton. These carbon dioxide levies would start as soon as possible and rise gradually, doubling in five years.

Countries could easily pay such modest sums from the proceeds of carbon taxes and auctions of emissions permits, both of which will have much a higher price per ton of carbon dioxide than the levy.

The funds would be directed to low-income and lower-middle-income countries, as well as to particular countries with special climate vulnerabilities (such as small-island states facing rising sea levels and more intense tropical cyclones).

Suppose that half of the funds (initially $50 billion) are distributed as outright grants, and the rest are injected into the world's multilateral development banks (MDBs), such as the World Bank and the African Development Bank, as new capital to back climate financing. The MDBs would use the new capital to raise funds in capital markets, leveraging the new $50 billion into perhaps $200 billion in green bonds, which they would on-lend to the developing countries for climate projects.

In this way, the modest carbon levy would raise around $250 billion in new annual climate financing, and would double to around $500 billion after five years.

The U.S., for example, is responsible for around 20 percent of all carbon dioxide emissions since 1850. If a new Global Losses and Damages Fund seeks to raise, say, $50 billion per year, the annual U.S. share would be $10 billion.

Agreeing on such revenue principles will of course not be easy, but it will be far better to struggle over a new rules-based system than to bet the planet's future on voluntarism. COP26 showed definitively that asking national politicians to vote for voluntary funds for global public goods is a dead end. The rich-country politicians had a dozen years to get the promised climate financing in place, but they failed.

A rules-based system, with fair and transparent burden sharing, is the way to secure the financing we need for planetary safety and fairness.