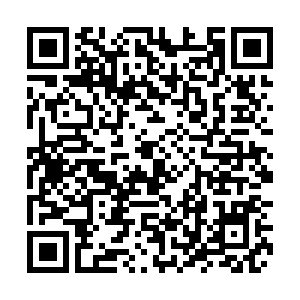 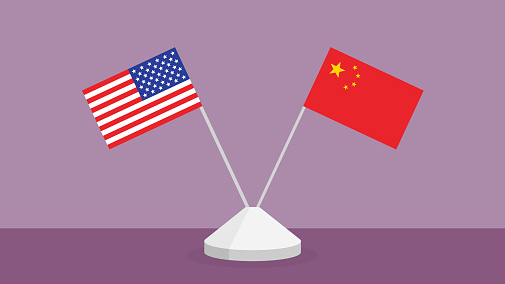 The much anticipated video summit between Chinese President Xi Jinping and U.S. President Joe Biden was a political moment that should be applauded around the world. Perhaps the most important takeaway is that Xi and Biden, described by President Xi as "my old friend" in reference to how long the men have known each other, demonstrated a cordial and engaging demeanor that had been lacking in recent diplomatic efforts between China and the U.S.

Such "a cordial and engaging demeanor" is a sign of progress in the often ice cold relationship between the countries. One is left to wonder what U.S. Secretary of State Antony Blinken thought as he sat close to President Biden and heard warmhearted (and, yes, at times frank) words. It was Secretary Blinken who set the administration's relationship with China on the wrong foot with the diatribe he delivered at the Anchorage gathering earlier this year.

Of course, familiar talking points dominated some of the meeting's talks. Biden reportedly reminded his counterpart that the U.S. and the West remain unhappy with China's perceived aggression directed at its Taiwan region. This narrative earns Biden pats on the back from his allies, but it continues to deny an important reality: The one-China principle has been in existence for almost 30 years; while some in the West attempt to twist the definition of that term to suit their own agendas, the Chinese mainland and Taiwan seem destined to reunify at some point in the future. Ensuring that happens under peaceful terms must be the responsibility of multiple world leaders and not just those residing in Beijing and Washington.

The conversation between the presidents and various aides took place while the political fortunes of both men trend in opposite directions. Just days ago, the top echelon of the Communist Party of China affirmed the direction in which Xi is taking the country.

Meanwhile, Biden's popularity at home continues to sink; according to one recent public opinion poll, 49 percent of Americans disapprove of the way he's doing his job. Americans remain unconvinced that Biden has done enough to improve the nation's economy, which is gripped by inflation at a level not seen in the U.S. in 30 years.

Biden's signature on a massive $1.2 trillion infrastructure bill on Monday will generate positive headlines for a day or so, but the bitter reality is he and his party are not held in high regard and Republicans are likely to benefit from this domestic unrest when Americans vote in the midterm elections next year.

It should surprise no one, therefore, that it was Biden who pushed for the talks, which he signaled as an opportunity to establish "common sense guardrails" so that relations between the two countries do not slide any further backward. The signing of the infrastructure bill and a positive summit with Xi guarantees Biden (and the Democrats) an opportunity to suggest they are improving the lives of Americans at home and enhancing international security. 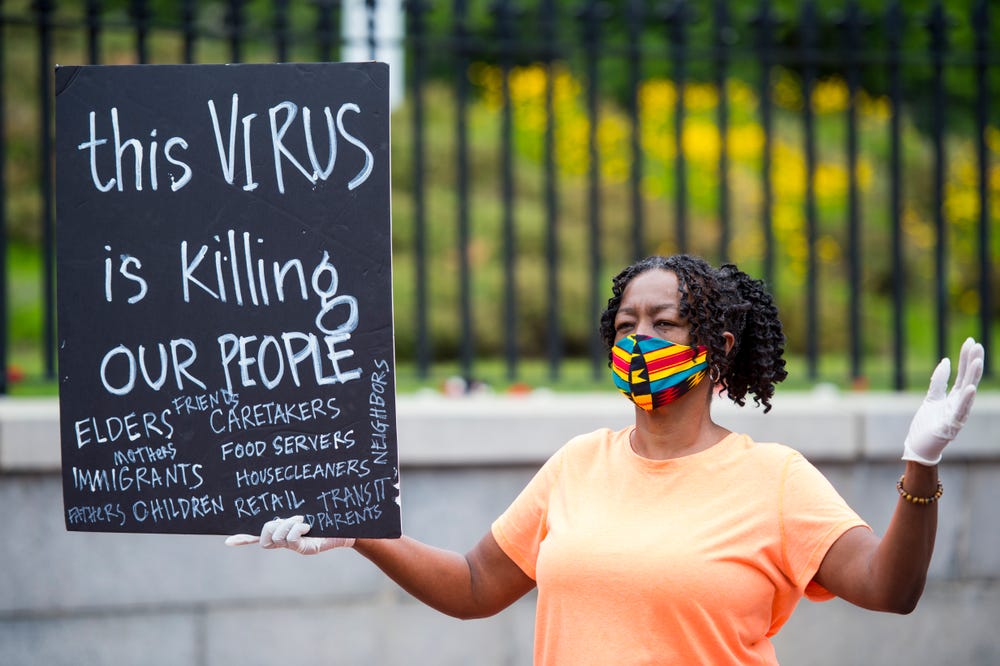 Alice Gaskins holds a sign in front of the Massachusetts State House during a funeral procession for essential workers that have been sick with or died from the COVID-19, the U.S., May 25, 2020. /Getty

Alice Gaskins holds a sign in front of the Massachusetts State House during a funeral procession for essential workers that have been sick with or died from the COVID-19, the U.S., May 25, 2020. /Getty

In addition, the commitment announced last week between both sides to proactively address climate change concerns offers Biden another positive talking point. All of this is good because the fate of the two countries appears to mirror the men.

Consider how China has succeeded in controlling coronavirus, while the U.S. continues to argue over "force versus freedom." At least one U.S. news organization noted that Biden made no mention of coronavirus in his comments that were made available to the public; this silence was somewhat surprising given how often the administration has talked of the "lab leak" theory.

Too many of them endorse simplistic legislation such as the United States Innovation and Competition Act, which is heavy on anti-China rhetoric but light on really committing the U.S. to a long-term strategy to compete with China. Put it all together, and it is not hard to understand why quite often on the international stage China is viewed as the nation of tomorrow and the U.S. as the nation of yesterday.

Yes, let us acknowledge the benefit that comes from the presidents talking to each other. But let us hope that meaningful action follows. And if such action comes while toning down inflammatory and unnecessary rhetoric, then that is even better.