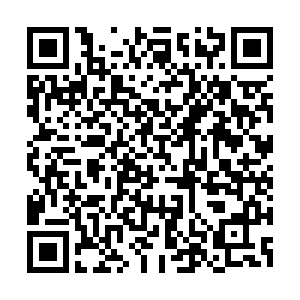 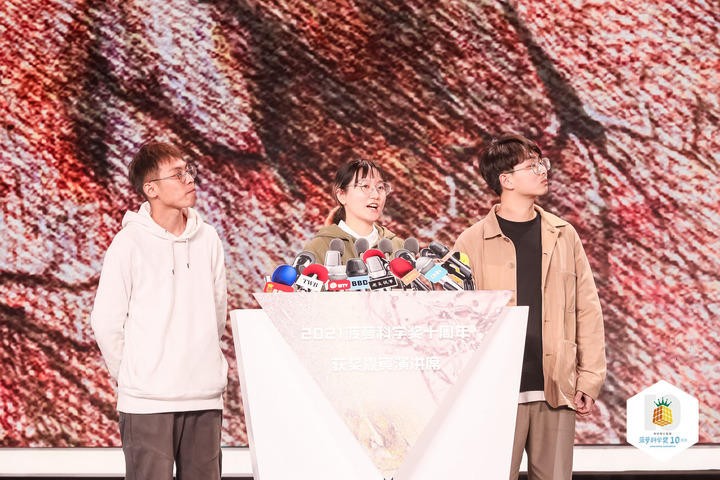 For 10 years in a row, China's equivalent of the Ig Nobel Prize, the U.S. parody of the Nobel, has explored and recognized the fun side of science and encouraged curiosity-led scientific research. 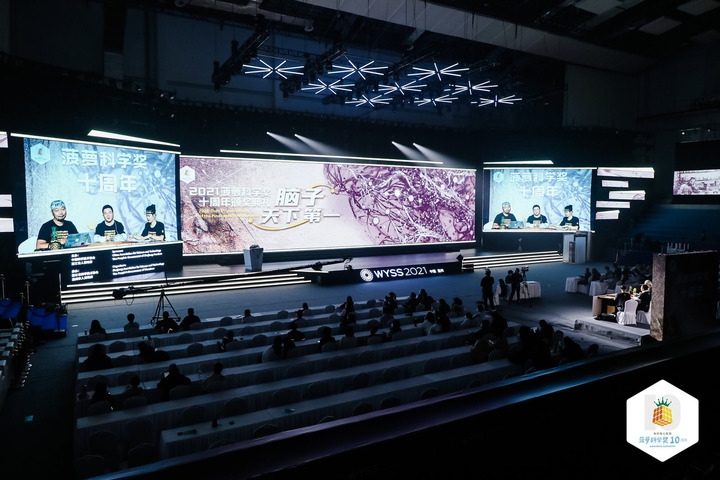 Due to their outstanding performance in counting and painting, gorillas were the winners of this year's award for Mathematics and Art.

Researchers from the Primate Research Institute of Kyoto University in Japan proved through a series of experiments that their captive chimpanzee Abu could remember random numbers more quickly and accurately than university students in the control group.

"The achievement should not be underestimated," said Wang Yami, the chief planner of the Pineapple Science Award. "To remember the numbers not only requires an excellent working memory capacity but the quantitative analysis of abstract digital symbols."

"The graffiti skills of some chimpanzees and orangutans demonstrate their ability to connect the real three-dimensional world with the two-dimensional world on paper, reflecting a huge leap in the brain," Wang added.

The prize for medicine was awarded to a mosquito project by the University of Malaysia Sarawak and a mosquito research and control unit of Grand Cayman, Cayman Islands, in Malaysia.

Their unique project showed that electronic dance music could reduce the appetite of mosquitoes, and the Grammy-winning song "Scary Monsters and Nice Sprites" worked the most.

"The female mosquitoes in the control group took only 30 seconds to bite a hamster, while mosquitoes that listened to the song took around three minutes on average to do so," said Hamady Dieng, from the mosquito research and control department of Grand Cayman Island.

In addition, researchers from the University of Pisa in Italy won the psychology award for their discovery in humans' imitative behavior.

"When people around you start to play on their mobile phones, you will find yourself following them spontaneously. It is an interesting observation," said Veronica Maglieri, a member of the team and a PhD student at the university.

"People unconsciously imitate the behaviors of others to close the distance between each other, such as yawning and leg shaking. But imitating the behavior of playing on mobile phones leads to social distancing," Maglieri stated.

The Pineapple Science Award was founded in 2012 and has become part of the World Young Scientists Summit since 2019. It has been awarded to dozens of scientists for their unique scientific research studies in the past ten years.

"Being interesting is one of the most important criteria for the Pineapple science prize," Wang Yami said. "At the same time, the award-winning projects are also serious scientific studies."

"Luckily, there are so many people paying attention to our research in the relatively less heated fields," said Zhang Kun, a graduate student at the China University of Geosciences, who won the biology prize of the 2021 award.

"Scientific research is to discover, ask questions, and solve problems, and curiosity makes a difference during the process," Zhang said.

"It is important to help the younger generation be interested in science and enhance their scientific literacy. Popular science has become more exciting, and science is becoming more dynamic in public life," said Li Ruihong, the founder of the Pineapple Science Award.