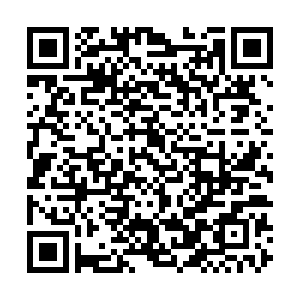 The winter migration season has arrived. With the cold wave heading down south, migratory birds from remote places such as Siberia have begun to arrive at Dongting Lake, central China for the winter.

Song Yucheng, deputy chief engineer of East Dongting Lake National Nature Reserve, is proud of their protection work. According to him, the Eurasian spoonbills are the first to arrive at the heart of East Dongting Lake National Nature Reserve. They line up and use sideways sweeps of their beaks to filter out tiny fish and shrimp. When they fly to another foraging spot, people can only see the vast expanse of a white sky.

"Now the weather is also very good, the sky visibility is very high, with green grass, clear water and white spoonbills perched for hunting. It's a beautiful picture of nature," said Song.

For the villagers living in the East Dongting Lake National Nature Reserve, their farm fields are still bustling after harvest because there are about 100 swans settled down there. To provide these birds with an undisturbed environment, the local government has forbidden vehicles and visitors from entering the area.

"Firecrackers are prohibited, and loud noises are also not allowed in the surrounding area," said Long Yong, a villager from the Hehua Village, citing the local government.

On the western side of the lake, three Eurasian cranes were seen flying low over the water while newborn chicks gazed. Other birds such as cormorants, greenshanks and spotted redshanks were also seen enjoying their winter vacation in the lake.

(Video footage and script by Yueyang Television and Yan Qinhai)