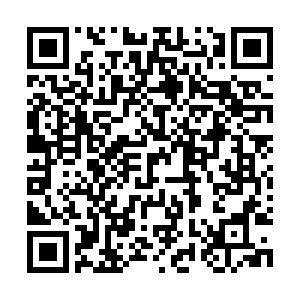 Chinese State Councilor and Foreign Minister Wang Yi said on Thursday that China and Japan should jointly conform to the major trend of the times and hold on to the right direction for bilateral ties to benefit both peoples in a better way, and inject more positive energy into Asia and the world at large.

He made the remarks during a phone conversation with Japanese Foreign Minister Yoshimasa Hayashi over ties between the two countries, noting that China and Japan are major countries in the region and, respectively, the world's second and third largest economies.

The two sides, he suggested, should make plans based on the consensus, and take the 50th anniversary of the normalization of China-Japan diplomatic ties next year as an opportunity to advance the bilateral relationship along the right track towards long-term stability.

Wang called upon the Japanese side to observe the principles set out in the four political documents between China and Japan, view China's development objectively and rationally, and put the political consensus that the two countries are cooperative partners and not threats to each other into policies and actions.

He also urged efforts to make sure there will be no wavering, backtracking, and line-crossing on major issues concerning history, Taiwan and others, which matter to the political foundation of China-Japan relations and basic trust and faith between the two sides.

The two sides should give full play to their unique advantages of geographical proximity and cultural affinity, and take the Beijing Winter Olympic Games and the China-Japan Cultural and Sports Exchange Promotion Year in 2021 and 2022 as an opportunity to create a positive public opinion and social atmosphere, he said.

Noting that the Regional Comprehensive Economic Partnership will come into effect in January next year, and China and Japan will reach bilateral tariff reduction arrangements for the first time, he stressed joint efforts to lead the process of promoting regional cooperation and integration in Asia.

Wang pointed out that Japan and the United States are allies, while China and Japan are neighbors that cannot be moved away.

For his part, Hayashi said that at present, the international community is in a period of major changes, Asia is becoming increasingly important, and China has been developing rapidly.

The international community has paid more attention and expectation to Japan-China relations, he added.

Japan is willing to work with China to shoulder the responsibilities in confronting global challenges, implement the consensuses such as "no threats to each other," and advance the building of stable and constructive Japan-China relations, said Hayashi.