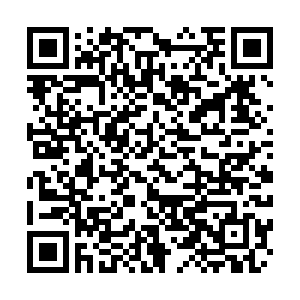 Three Chinese astronauts, or taikonauts, including a woman, are currently on a six-month mission in space, the longest in China's history. One important task of the mission is the spacewalk, which was successfully conducted on November 7 and lasted over six hours.

China is the third country in the world to complete a manned space mission, after the U.S. and former Union of Soviet Socialist Republics, and the second to land a rover on Mars, after the U.S.

Behind the scenes are numerous Chinese scientists and experts who have dedicated themselves to space careers. One of them is Li Hengnian, director of State Key Laboratory of Astronautic Dynamics, who works at China's largest satellite control center in Xi'an.

"China has about 300 satellites and spacecraft operating in orbit. Our job is to monitor all of them around the clock," Li told CGTN.

Having worked at the control center for nearly 30 years, Li's achievements can be found in many of China's major space missions: He developed an AI-based system to monitor China's first Mars probe, "saved" satellites that lost control in space and successfully predicted the landing location of a Shenzhou manned spaceship return capsule, narrowing it down to a record margin of error of 374 meters from the previous 10 kilometers.

These achievements were not easy.

"We had to make a choice, whether to develop the technology by ourselves or to buy it from others. Someone suggested the latter, but Li pushed back," said Huyan Zongbo, assistant researcher at the control center.

Li said one thing he always sticks firmly to is self-reliance.

"The first generation of people in my role worked under very difficult conditions," Li said. "They used to work in caves and on plateaus. As CPC members, their spirit of hard work remains in the blood of my generation."

China launched its first satellite, Dongfanghong-1, in 1970 – roughly 50 years after the founding of the Communist Party of China (CPC). Just over 50 years later, Chinese astronauts conducted a spacewalk almost exactly a day before the CPC held a high-profile meeting – the sixth plenary session of the 19th CPC Central Committee – to review the Party's achievements and experiences since its founding.

The meeting is seen as a landmark of China's development and provides a guide for further endeavors.