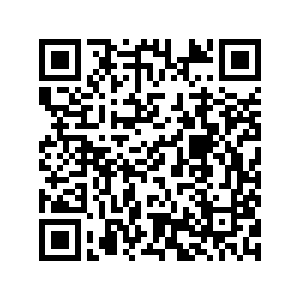 The Hong Kong Special Administrative Region (HKSAR) government on Thursday strongly condemned and opposed the various unfounded allegations made in a report by the United States-China Economic and Security Review Commission (USCC).

It said that in the 2021 USCC report, the commission made unfounded allegations on Hong Kong affairs ranging from the national security law for Hong Kong to the financial hub's business environment.

"The HKSAR government once again urges the United States to respect the international law and basic norms governing international relations. Any attempts to interfere in the internal affairs of China through Hong Kong will not succeed and we will continue to discharge our responsibility of safeguarding national security resolutely," said a spokesperson for the HKSAR government in a press release.

"We deeply regret that there exist double standards, biased quotes and groundless comments due to the lack of understanding of and respect for Hong Kong's implementation of national education," said the spokesperson.

"Hong Kong's high degree of autonomy remains protected and the legitimate rights and freedoms enjoyed by Hong Kong people under the (HKSAR) Basic Law are well-protected," said the spokesperson.

The four categories of offenses endangering national security clearly stipulated under the national security law are narrowly defined, and there is no question of law-abiding persons inadvertently violating the law, said the spokesperson.

"The allegation made in the report regarding an HKSAR government circular on national security education directed at the universities is false. The relevant circular is only applicable to secondary and primary schools as well as kindergartens," the spokesperson said.

In fact, the national security law has not only ensured a safe and stable environment in Hong Kong but also reinforced Hong Kong's position as an international financial center and is conducive to attracting more global investors to do business and invest in Hong Kong, said the spokesperson.

"Since the implementation of the law, our financial market has remained steady. The banking sector is as robust as ever, financial services remain promising and development opportunities, both in Hong Kong and in the Chinese mainland, continue to open up," according to the spokesperson.

Hong Kong was ranked the world's third-largest recipient of foreign direct investment in the World Investment Report 2021 published by the United Nations Conference on Trade and Development.

"Despite the deplorable attempt of the U.S. government to put pressure on multinational enterprises operating in Hong Kong by issuing a 'business advisory' in July 2021, the American Chamber of Commerce remarked that Hong Kong remained a critical and vibrant facilitator of trade and financial flows between China and the rest of the world," said the spokesperson.

The American Chamber of Commerce also noted that the national security law did not impact commercial law; Hong Kong had the excellent infrastructure and free flow of information and was still an ideal place for international companies to do business; it would definitely not advise companies to withdraw from the Hong Kong market, according to the spokesperson.

"These comments are the best testimony to the merits of Hong Kong as a business place," the spokesperson said.

"We must seriously point out the report's unfounded allegations against the improvement to the (HKSAR) electoral system," said the spokesperson. "The HKSAR government is committed to ensuring public elections being conducted in a fair, open, and honest manner."

"The constitutional duty of judges, in the exercise of their judicial power, is to apply the law and nothing else. Such duty does not change when judges decide cases arising from or involving political controversies," said the spokesperson.

The Office of the Commissioner of the Ministry of Foreign Affairs of China in the HKSAR on Thursday also strongly disapproved and firmly rejected the USCC report.

In a statement, its spokesperson said that the "2021 Annual Report to Congress" made irresponsible comments on Hong Kong affairs and vilified the Chinese central government's policy on Hong Kong.

It attacked the National Security Law for the HKSAR and Hong Kong's improved electoral system, smeared Hong Kong's judicial independence and tried to hamper the law-based administration of the HKSAR Government, said the spokesperson.

"The report is a pack of lies and far-fetched analogies, tramples on the principle of international law and the basic norms governing international relations," said the spokesperson, adding that it "will be consigned to the dustbin of history."