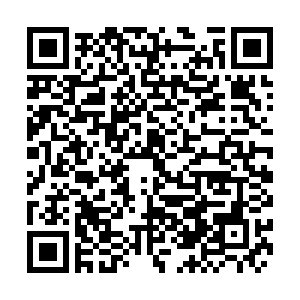 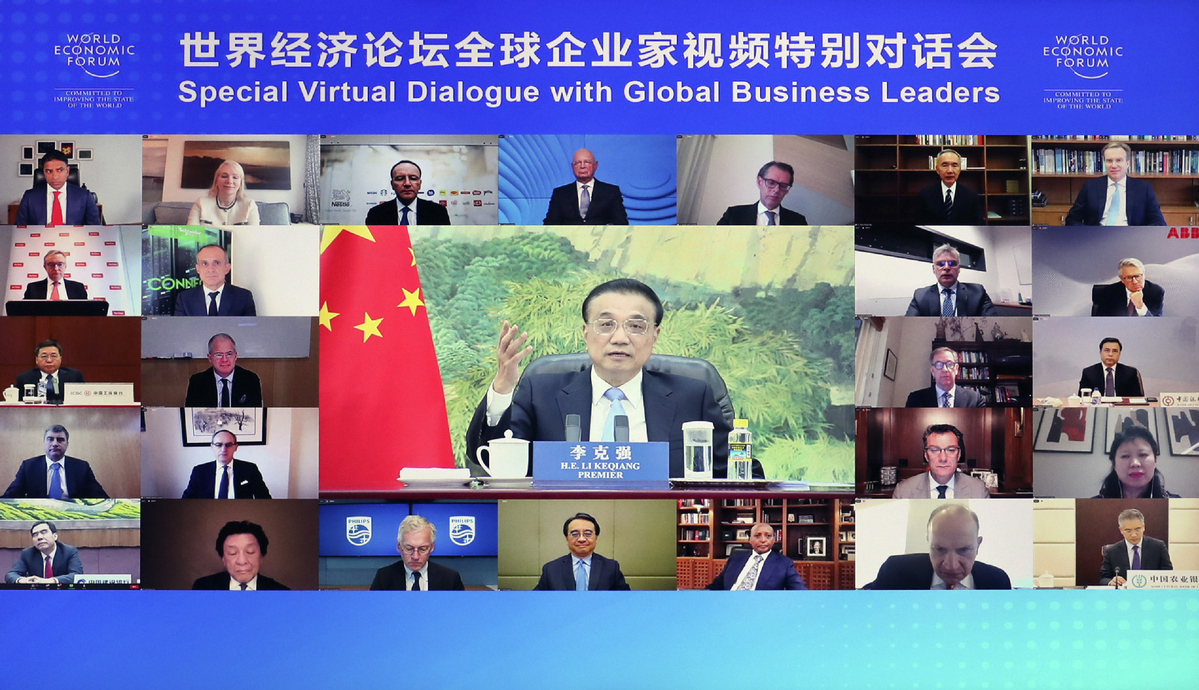 Editor's note: Dr. John Gong is a professor at the University of International Business and Economics and a research fellow at the Academy of China Open Economy Studies at UIBE. The article reflects the author's views and not necessarily those of CGTN.

This is the second year in a row that Premier Li Keqiang has addressed the World Economic Forum's (WEF) Special Virtual Dialogue with Global Business Leaders during a difficult pandemic time. Last year he did so via a video link, and again on November 16, 2021. Even the messages he sent in the two years seem to be a bit similar in terms of his opening remarks characterizing the status of the Chinese economy.

It goes without saying that last year was a difficult time due to the pandemic. Premier Li indicated this year would still be a challenge. "China's economy … has encountered new downward pressures" were the words he used to describe the current economic situation, although he also mentioned the resilience and vitality of China's 150 million business entities in the market.

Premier Li is honest and candid about the impacts of these small COVID-19 outbreaks we have been experiencing recently, which inevitably have taken and will take a toll on the economy in the third quarter and potentially the fourth quarter as well. The World Bank, though, is still upbeat about its forecast of China's GDP growth forecast in 2021, tagged at 8.5 percent. The World Bank points to the robust export sector and the near prospect of recovery in China's major export markets. We might still have a chance to break into the 8 percent range, if the remaining one and half months of the year pick up steam.

But regardless of the economic challenges, Premier Li was insistent about China's continued high-quality opening-up during the last two WEF dialogues with global business leaders. Last year he said China would continue to broaden market access, protect foreign companies' legal interests and foster a level playing field for both domestic and foreign companies. This time Premier Li added the emphasis on protecting intellectual property rights in accordance with the law. 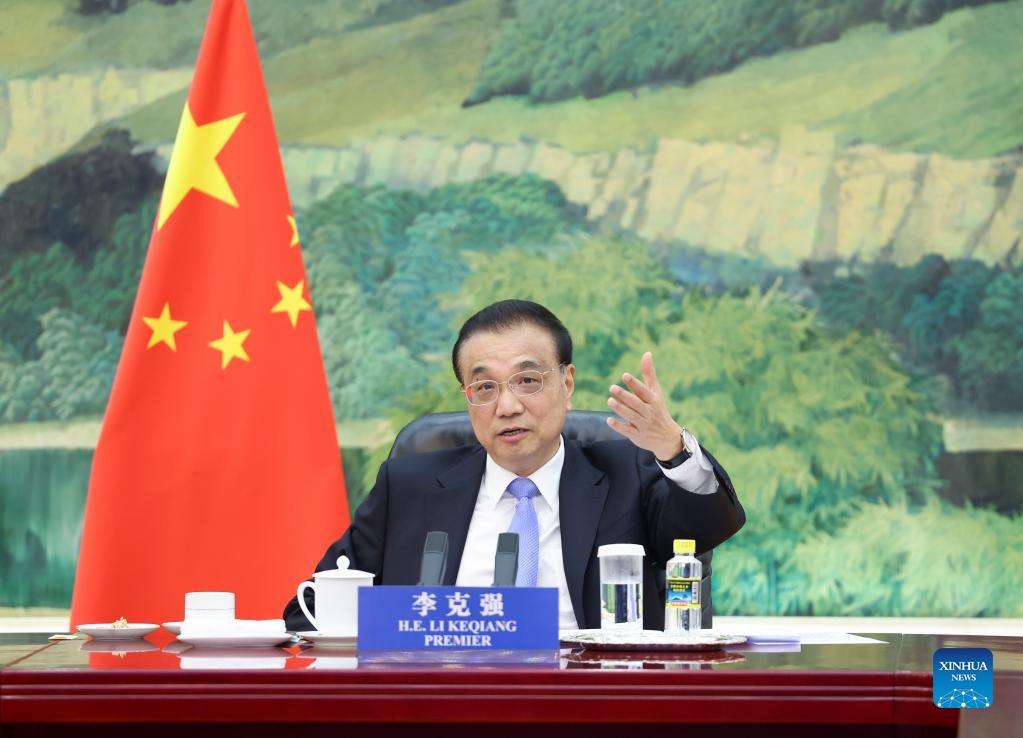 Premier Li delivers remarks at the Great Hall of the People in Beijing, China, November 16, 2021. /Xinhua

Premier Li delivers remarks at the Great Hall of the People in Beijing, China, November 16, 2021. /Xinhua

These issues lie at the heart of the reform agenda needed to prepare China for admission to the Comprehensive and Progressive Agreement for Trans-Pacific Partnership (CPTPP) and more broadly to alleviate other countries' concerns regarding China's trade practices due to its unique political and economic system. The Ministry of Commerce has already officially filed an application with New Zealand to join the CPTPP, a highly liberal and progressive multi-level regional trade agreement for the Pacific region.

Premier Li's reiterations to the global business leaders essentially assure the world that these are not just some rhetorical things repeated year after year on occasions at the WEF, but rather foretelling serious reforms in the pipeline to address the structural issues.

In addition, another good piece of news in Premier Li's speech for foreign business leaders is the pledge to foster a more attractive and friendly business environment. Premier Li said China would introduce and implement more powerful tax and fee reduction measures in due course. Low taxes, fair competition, healthy business environment and a pro-growth government are the core ingredients of a recipe that attracts investors.

The China market has probably lost some of its lures because of the increasing cost and of labor and other inputs. And now we have to compete for matters pertaining to efficient institutions to keep multinationals here and entice more of them to China as well. China's overall tax burden certainly doesn't belong to the lighter side of the world. We need to bring that tax burden down, as Premier Li promised.

As the pandemic is still haunting the world, the world economic recovery appears to be sluggish. China's growing economy and its determination to create a better business environment may, to some extent, give the global economy a boost. Right now, challenges co-exist with opportunities. China would like to work with the world to embrace these opportunities while confronting the challenges and bring the recovery back to a fast track.