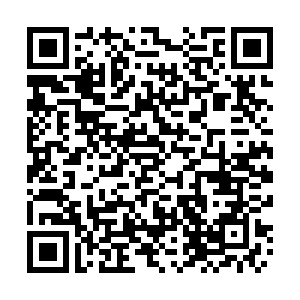 A secret sauce is the first layer, then a paste of wheat flour, yolk, turmeric, cumin powder and pepper is added. After 90 minutes inside a baking pit,​ the dish is ready to be served.

"My family has run this business for 30 years, and I watched how my dad roasted lambs since childhood," said the owner of the pit-roasted lamb restaurant.

The Uygur woman chose to be a local nurse after graduating from medical school. But soon after, she decided to join her father in the catering business.

Akram said her college years in east China's Shandong Province were an eye-opening experience. It made her believe that she could do more about brand management.

"The quality and taste of roasted lamb in Xinjiang is no doubt classic," she reasoned.

So, Akram began filing the patent, customizing product packages and expanding e-commerce outside Xinjiang. The efforts have been recognized, and the city has now put her food brand on its intangible cultural heritage list.

"In recent years, many specialty foods of Xinjiang have experienced marketization and brand management," Akram said. "Many businesses like mine have grown bigger and reached more customers. I'm really happy about it."

Similar efforts have been made in Changji city where Ma Xuecai, a third-generation chef of Hui nationality, is a specialist in preparing one of the region's top traditional dishes – literally called "nine bowls in three rows." It contains nine varieties of food, including meat, vegetable and dessert, placed in a square tray.

Ma is dedicated to upgrading the taste and look while hanging on to traditions.

With Xinjiang having enjoyed cultural prosperity, Ma told a recent press conference that the region has had to contend with some anti-China forces alleging "cultural genocide" that he sees as politically motivated and annoying.

"Come to see it in my restaurant!" Ma added. "It is profitable, thanks to the business-encouraging environment."

With local government's support, according to Ma, the restaurant has been exempted from paying the tax and fees for rents utilities. "That has encouraged me to keep doing this business," he said.

Given rising claims about the human rights record in northwest China's autonomous region, ​the local government ​has invited groups of people to share their own stories with the public. Akram was among them.

She echoed other ethnic representatives' hope that the facts about their improved businesses and lives will eventually put an end to the rumors.