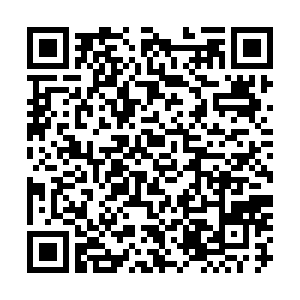 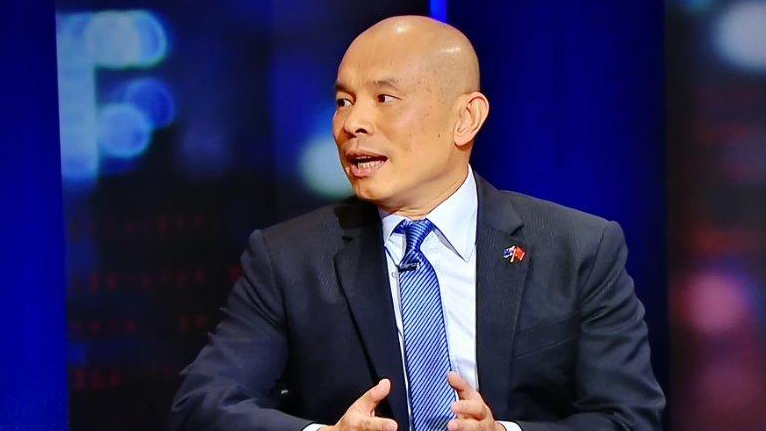 Wang Xining has been serving as the chargé d'affaires at the Chinese embassy in Canberra since the beginning of November, after the former ambassador, Cheng Jingye, returned to Beijing following the completion of his five-year term. /Embassy of China in Australia

Wang Xining has been serving as the chargé d'affaires at the Chinese embassy in Canberra since the beginning of November, after the former ambassador, Cheng Jingye, returned to Beijing following the completion of his five-year term. /Embassy of China in Australia

China's top envoy to Australia has said that time is not ripe yet for ministerial talks to resume between the two countries, as he asserted that Canberra is behaving like a "a naughty guy" by trying to procure nuclear-powered submarine under the AUKUS pact.

"When you see top-tier [Australian] officials keep on saying that China is a threat, and Australia may get involved in a military conflict in certain parts of China, this is not a conducive environment for engaging in ministerial talks," Wang Xining, charge d'affaires at the Chinese Embassy in Canberra, told Australia's The Guardian newspaper, asserting that the two sides need to create suitable environment and prepare for concrete results for talks to resume.

At the same time amid increasing strains in bilateral ties in recent years, Wang appealed to the people of Australia to contemplate their views on China. "I think not only the government… this is the time for every Australian to think about whether China is a threat or a partner," the Chinese diplomat said Wednesday in the interview, the transcript of which was released by the embassy on Friday.

"If you believe China is a threat, then I hope you could base your judgment on facts, and on your observation of how China encroaches upon your interests. If you think China may be a partner - and is a partner - look at China and deal with issues related to China as partners should do," he said addressing the Australian people directly.

Wang has been serving as the chargé d'affaires – the top ranked diplomat – at the Chinese embassy since the beginning of November, after the former ambassador, Cheng Jingye, returned to Beijing following the completion of his five-year term.

Wang said he was saddened and disappointed by the downward turn of bilateral relationship over the past five years. "Some ill-advised and misguided political judgments... has led to negative policies and actions from Australia against China, which have been executed in a very disrespectful, ruthless and arbitrary way, has led to a destructive effect on our partnership."

He cited the banning of Chinese telecom firm Huawei from Australia's 5G network in 2018, the scrapping of the Victorian Belt and Road Agreement earlier this year, and increased restrictions on foreign investment that had "scared away" Chinese investors.

'Are you going to be a naughty guy?' 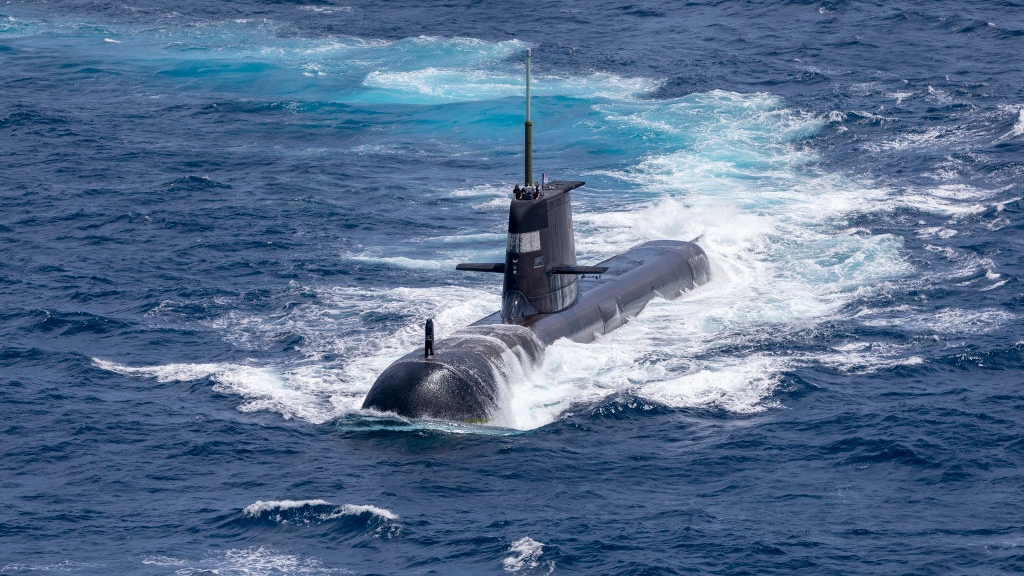 Australian Prime Minister Scott Morrison announced in September that he had decided to obtain the nuclear-powered submarines under the newly-announced trilateral security alliance between Australia, the UK and the U.S., dubbed AUKUS, with a seeming objective of containing China in the so-called Indo-Pacific region.

Besides angering China, the deal infuriated France, which discovered at the last moment that its own multi-billion-dollar diesel-electric submarine contract with Australia had been scrapped.

Wang admitted that China is concerned over the formation of AUKUS but maintained that "it is the Australian people that should be more worried about AUKUS, and about the acquisition of nuclear-powered submarines."

The Chinese diplomat said Australia would appear like a "naughty guy" if it procures the submarines. "It will certainly have an impact on the ongoing non-proliferation system. So, are you going to be a naughty guy?" Wang asked, also noting that Chinese people from his generation see Australia as a peace lover after World War II, and a contributor to regional integration and global development.

Arguing that nuclear-powered submarines are designed to launch long-range attacks, he asked "So who are you going to attack? You are no longer a peace lover, a peace defender, you become a sabre wielder in certain form."

Wang stressed that Australia had "zero nuclear capacity" to handle any trouble affecting the submarines. "And if anything happened, are the politicians ready to say sorry to people in Melbourne and in Adelaide?"

He also called on Australian politicians to "refrain from doing anything that's destructive to our relationship" after the Australian defense minister, Peter Dutton, signaled Australia would be likely to participate if the US came to Taiwan's aid in a conflict with China.

"Politicians have an obligation to follow the government policy, and also should do their best to make this relationship move towards a brighter future, and not do anything that would lead to an even more gloomy state of our relationship," said Wang when asked to respond on Dutton's comments.

"The Australian government should abide by the one-China principle, which is the foundation of our diplomatic relations, and the foundation of any diplomatic relations between China and a foreign country. And today the majority of the international community follow the one-China principle, and recognize the government of The People's Republic of China as the sole legal representative of the whole China," Wang remarked.

"And if Australia really wants to see peace and stability maintained in the region, across the Taiwan Straits, they should try everything to stop the current DPP (Democratic Progressive Party) authorities in Taiwan pursuing Taiwan independence," he asserted.

'Can Australia afford to break another contract?' 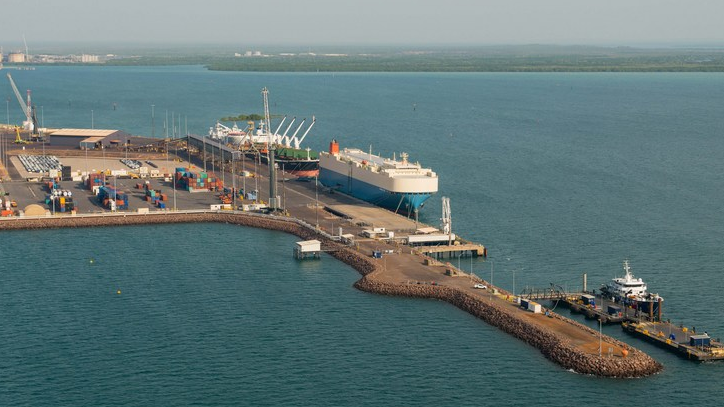 Amid reports that the Australian government is reviewing the Port of Darwin's 99-year lease deal with Chinese firm Landbridge, Wang said he would not be surprised if Canberra decided to cancel it but wondered whether Australia can afford to break another contract following its debacle with the French submarine deal.

Asked if China would impose punitive measures if the Port of Darwin lease was cancelled, Wang said a response will be made only after final decision on the matter has been taken.

"As a responsible government and a government that has a mature diplomacy, we react to what's been done. And I know the media likes to make a hypothetical analysis of what's going to happen, but we think it should not happen. But when it happens, we have to make a response to it," he remarked.