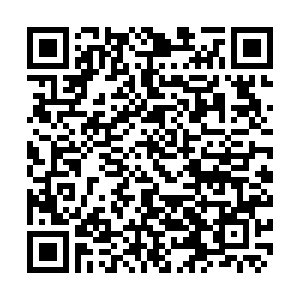 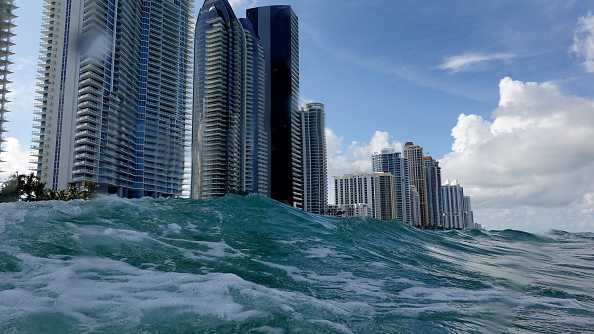 Waves lap the shoreline near condo buildings in Sunny Isles, Florida, on the day the United Nations released a report with a dire warning on climate change, August 09, 2021. /Getty

Waves lap the shoreline near condo buildings in Sunny Isles, Florida, on the day the United Nations released a report with a dire warning on climate change, August 09, 2021. /Getty

Considered an integral constituent of human civilization, cities are hot spots for colossal economic activity and home to a large share of the world's population. The sheer size of economic activity spanning areas such as manufacturing, real estate development, commerce, transportation, together with the rapidly growing urban population, make cities a central point in the fight against climate change. According to the World Bank, cities account for more than 80 percent of the world's gross domestic product (GDP) and host 4.2 billion people, representing 55 percent of the global population. As the urban population continues to soar, cities will accommodate close to seven out of 10 people in the world by 2050.

Ultimately, cities will expand to shelter the burgeoning urban population and the rising economic activity – an outcome that will definitely lead to the clearing of extensive vegetation to make room for infrastructure development such as railroads, buildings, concrete pavements and roads, which are all impermeable surfaces.

While collectively, these actions lead to flooding and increase the risk of rising sea levels, the fast-growing population in cities is also bolstering energy consumption, which contributes enormously to greenhouse gas emissions. With the dwellers relying heavily on energy-powered transportation systems and heating and cooling, cities consume two-thirds of the world's energy consumption and contribute more than 70 percent of greenhouse gas emissions.

The fact that cities host the largest share of the global population, account for a whopping percentage of the world's GDP, consume the lion's share of energy and concurrently account for the highest greenhouse gas emissions make the development of cities critical in the fight against climate change. To save lives and property, policymakers and relevant stakeholders are tasked with providing innovative ideas to build sustainable and resilient cities.

However, providing a panacea to climate-related challenges in the development of cities is anything but easy, particularly as the rapidly growing population increases the risk of climate disaster in these areas. For example, in the 136 biggest coastal cities around the world, there are 100 million people, or 20 percent of their population, together with $4.7 trillion in assets exposed to coastal floods.

To make matters worse, most of the currently available infrastructures in these cities were built several decades ago, at a time when the impact of extreme weather was less than today. This condition makes most cities increasingly susceptible to climate disaster, especially when they expand into unsustainable sprawl.

This has been a puzzle that many policymakers in both developing and developed countries are committing colossal resources to solve by scaling up innovation and spurring climate-resilient infrastructure development to build sustainable cities. As countries across all the regions of the world make commitments to fostering economic growth and enhancing the environmental sustainability of cities to protect lives and livelihood in the fight against climate change, this is the opportune time to examine China's dedication to addressing climate change as it is the world's largest emitter of greenhouse gases.

Insooth, China is backing words with potent action, as it is on track in building sustainable and resilient cities across the length and breadth of the country, an effort that is yielding remarkable economic and environmental gains.

For instance, in Shenzhen, a city that connects the Hong Kong Special Administrative Region to the Chinese mainland, policymakers in this vibrant, technology-driven Chinese city are leaving no stone unturned in strengthening environmental sustainability and promoting economic growth, largely underpinned by technological innovation. 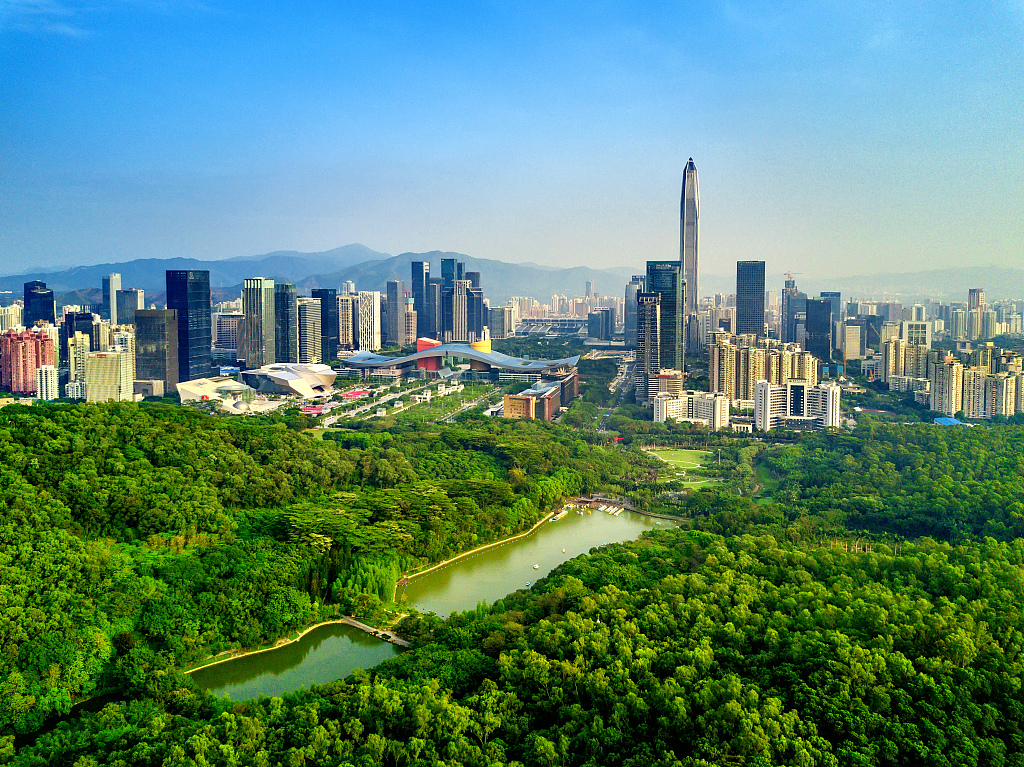 With forest cover accounting for 40.68 percent of Shenzhen's entire land area, which contributes substantially to the city keeping an average PM2.5 density of only 24 micrograms per cubic meter, this impressive feat positions Shenzhen among the top 10 cities with the best air quality in China. By adopting a top-notch, optimally structured, low-energy consuming mode, the city is thriving in stimulating economic growth and prioritizing environmental sustainability – ensuring that the people and property in Shenzhen are adequately protected from extreme weather conditions.

Hence, it is not a fluke that Shenzhen is the first city in Asia to be awarded the International Union of Architects (UIA) Sir Patrick Abercrombie Prize for Town planning or Territorial Development. In fact, the outstanding efforts of policymakers and relevant stakeholders in Shenzhen in building a high-quality, sustainable and resilient city have been crowned with many success stories, which have bagged several globally recognized prestigious awards, such as the Global 500 award of the United Nations Environment Program in 2002. Another Chinese city, Chifeng, also received the UN 500 award that same year, indicating that China's progress is not skewed toward a few cities.

A recent joint report (2021) from PricewaterhouseCoopers (PwC) and the China Development Research Foundation (CDRF) suggests that overall, an increasing number of Chinese cities have achieved an all-around comprehensive development. While the 10 dimensions employed by the researchers include economic growth, people's livelihood, society, urban infrastructure, city governance, population, influence and the natural environment, the performance of many Chinese cities demonstrates a comparative advantage in multiple dimensions.

China is also championing the global renewable energy transition by installing the largest capacity of clean energy and exporting renewable energy equipment and other climate-resilient technologies worldwide, which is commendable. At this point, everyone should acknowledge that the fight against climate change requires a concerted effort from all countries. Certainly, China's excessive contribution to renewable energy installations and technologies outside the country is advancing climate-resilient infrastructure development in both developing and developed countries, which is key for building sustainable cities. Indeed, if there is one lesson that the COVID-19 pandemic has taught humanity, it will be that national policies alone do not suffice amid global adversity. Therefore, it is extremely important for all countries across the globe to work together to build sustainable and resilient cities in the fight against climate change.