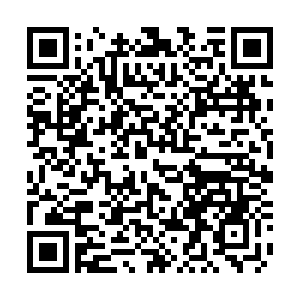 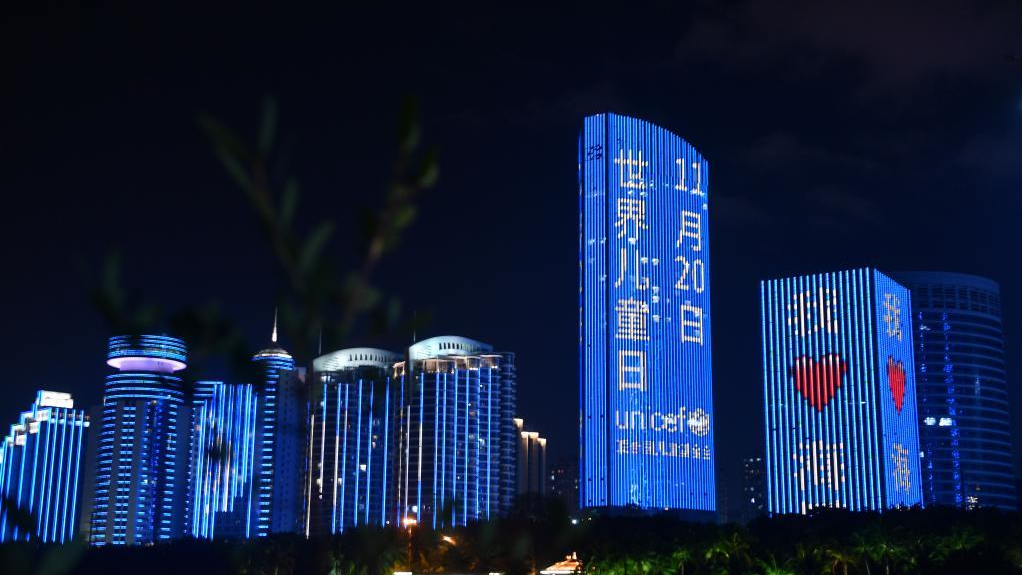 Some buildings on Binhai Avenue in Haikou, the provincial capital of south China's Hainan Province, are illuminated with blue lights for World Children's Day, November 20, 2021. /Xinhua

Some buildings on Binhai Avenue in Haikou, the provincial capital of south China's Hainan Province, are illuminated with blue lights for World Children's Day, November 20, 2021. /Xinhua

Twenty-three Chinese cities, including a section of the Great Wall of China, lit iconic buildings and monuments in blue on Saturday to mark World Children's Day.

The celebration, hosted by the United Nations Children's Fund (UNICEF), was livestreamed due to COVID-19 and called on society as a whole to unite for girls' and boys' rights to health, education, protection and participation.

"We unite on this World Children's Day to recognize progress made for children and to commit to doing even more to realize the rights of every child," said Cynthia McCaffrey, UNICEF representative to China.

During the livestreamed event, two new UNICEF Youth Advocates were announced: 20-year-old Zhao Chen, who has a visual impairment and has been advocating for digital accessibility and inclusion for children and young people who have disabilities, and 19-year-old Yu Xinwei, an advocate for adolescent mental health.

UNICEF and Xinhua News Agency co-launched an interactive feature through their respective digital platforms to amplify children's voices and aspirations for a better future.

World Children's Day: Reimagining a better future for every child