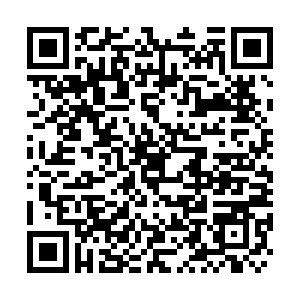 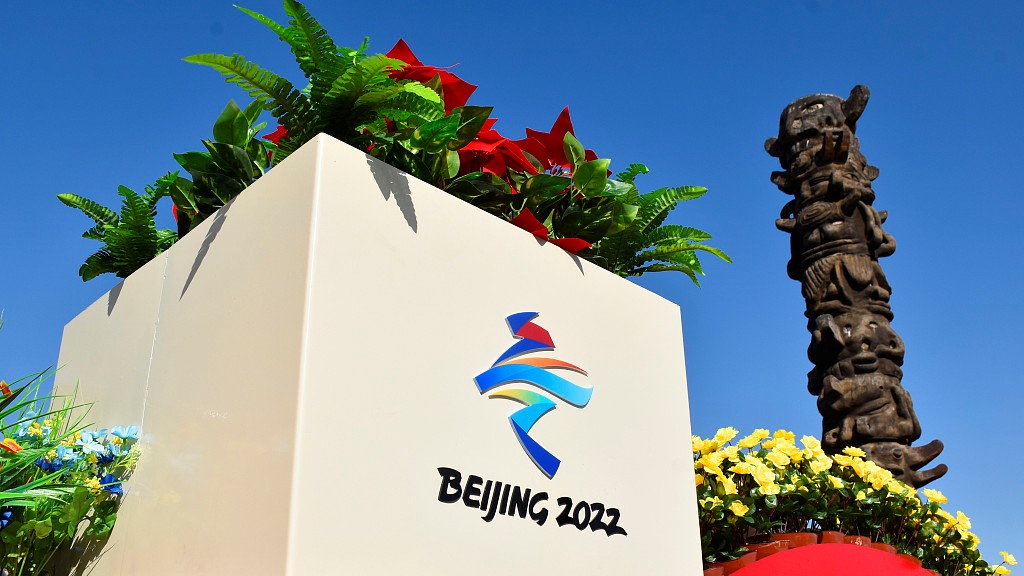 The simulation test of the operation of the 2022 Winter Olympic and Paralympic village concluded successfully at 11:00 a.m. (Beijing Time) on Sunday in Beijing. The one-day exercise, that was launched at 10:00 a.m. on Saturday, was attended by more than 2,400 people from all walks of life.

It covered 11 drills in 18 scenarios, including registration, residential and canteen services, nucleic acid testing, recreation, and transportation, offering a good example for the other two Olympic villages in Beijing's Yanqing District and Zhangjiakou City in north China's Hebei Province.

The village in Beijing's city proper has 20 apartment buildings, 18 of which will be used during the Winter Games, with an accommodation capacity of 2,200.

Each apartment is spacious with a capacity of up to five people living in separated but cozy rooms. And a smart bed in each room controls resting and sleeping positions. 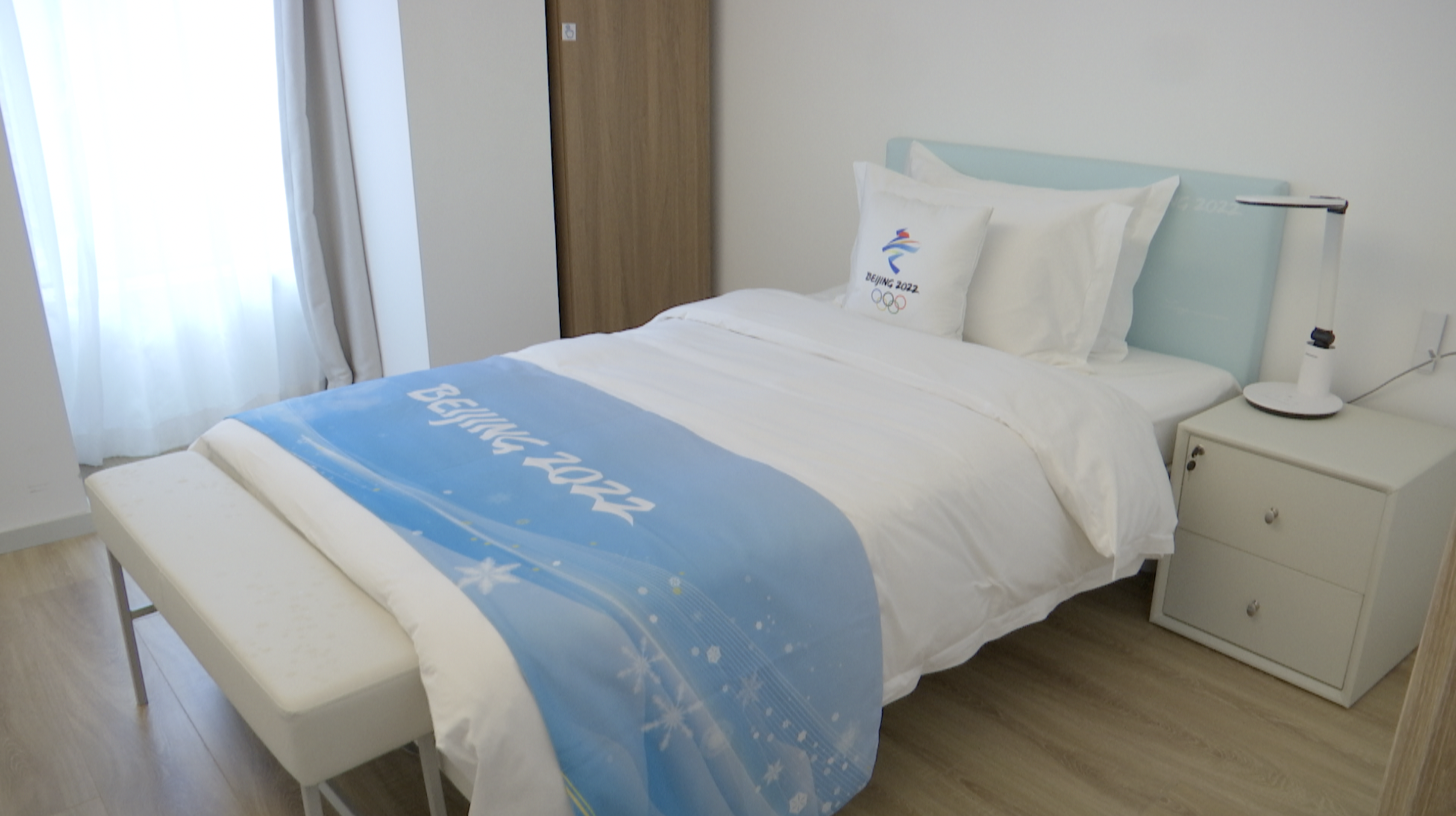 A standard room in a suite in Beijing Winter Olympic and Paralympic village. /CGTN

A standard room in a suite in Beijing Winter Olympic and Paralympic village. /CGTN

The village has convenient areas for canteen service, shopping, and workouts. These will give 'villagers' time to enjoy the amenities before and after the competitions.

Athletes from diverse cultural backgrounds will have a large menu. A total of 678 dishes will be offered in rotation, with around 200 choices made available daily. And during the games, the canteen service would be 24 hours.”

"They've got a lot of choices. So, I think there's something for everyone," Jon Dixon, a journalist participating in the test commented. 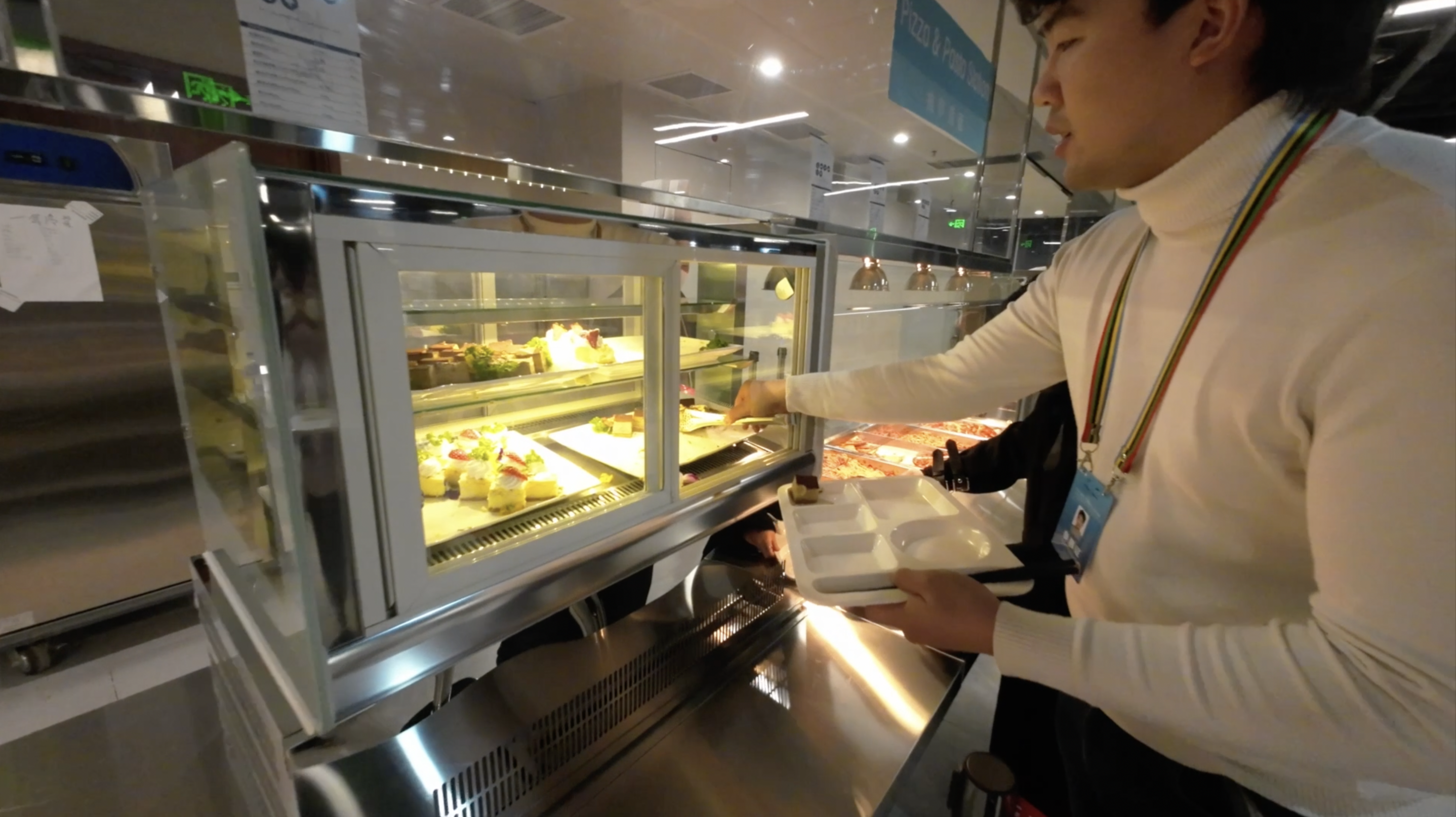 Ji Ye, deputy director of catering at the village, said that all foods meet the requirements of the International Olympic Committee.

"And all foods have passed strict tests on their security and food-borne stimulants. These measures start at the very beginning of growing the foods and we have a traceable system,”

He also informed that among the dishes, some 30 percent are Chinese cuisine, including Beijing-style roast-duck.

"The Winter Games will come during Chinese traditional Spring Festival. And we will offer various delicacies to international athletes," he said. 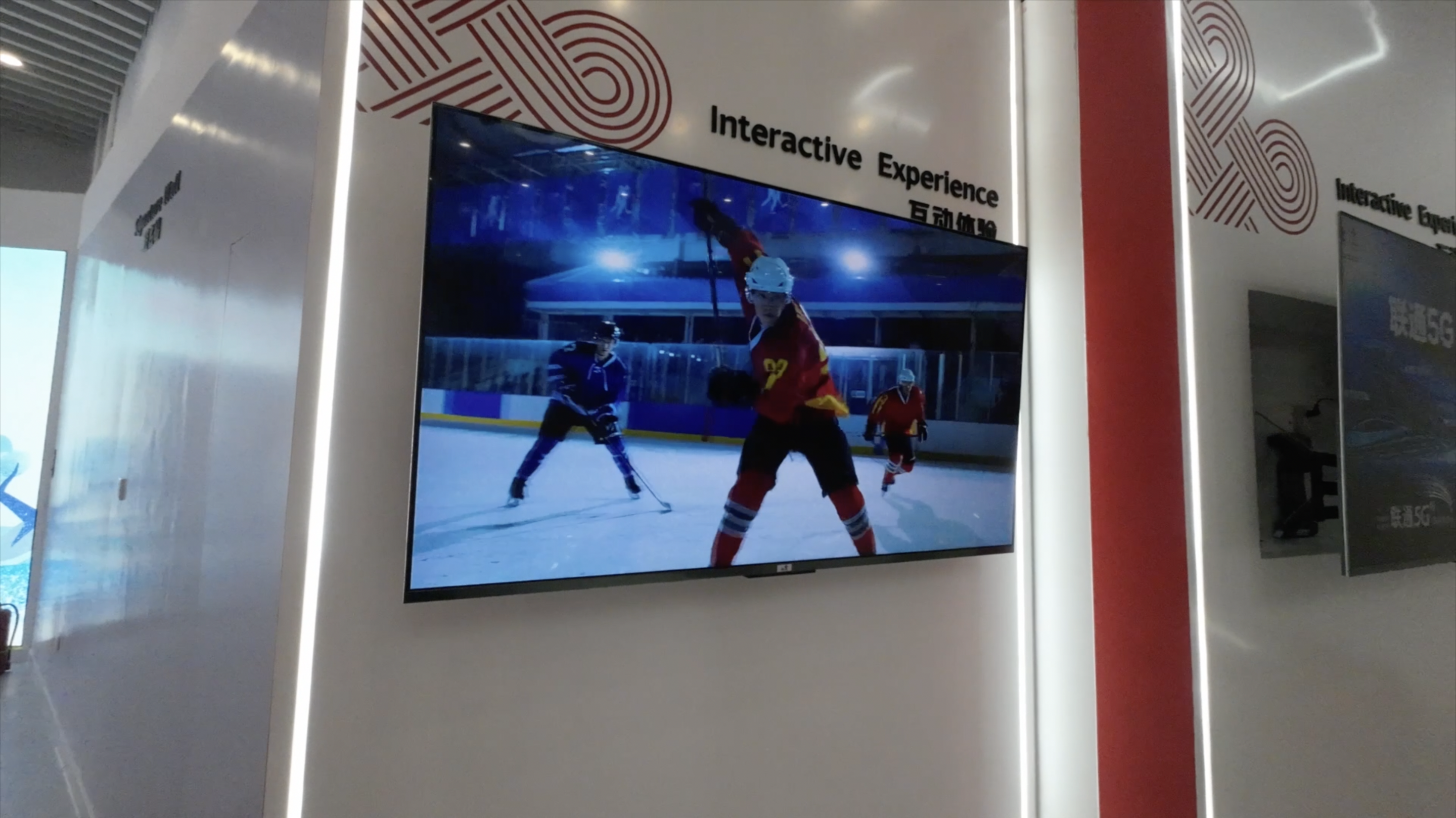 A corner of 5G telecommunication service room in the shopping area. /CGTN

A corner of 5G telecommunication service room in the shopping area. /CGTN

The shopping area in the village is like a big mall with cafes, restaurants, postal offices, souvenir shops and convenience stores, as well as stations offering experiences in traditional Chinese medicines.

These offer multiple recreational choices even in a close loop to prevent and control the coronavirus pandemic.

The medical prevention measures are in place and being tested to make sure that every one's safety is protected.

"If anyone is tested positive and has symptoms, he or she would be sent to a hospital to receive medical treatment. And if there are no symptoms, that person would be sent for medical observation outside the village," Zheng Yang, a public health expert in the village, said. 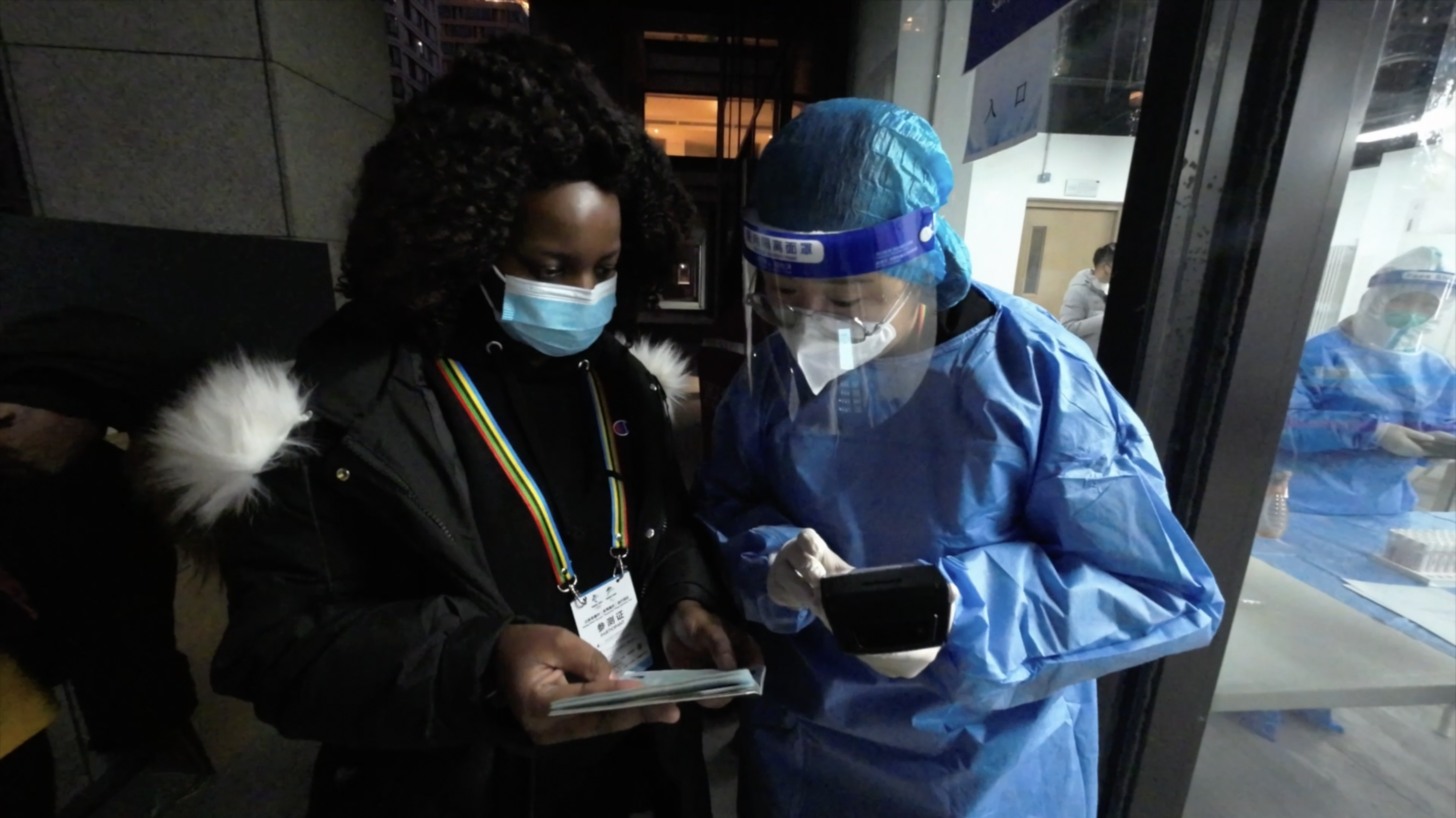 A nucleic acid testing site in the village. /CGTN

A nucleic acid testing site in the village. /CGTN

As to the experiences in the first large-scale operational test at the Beijing Winter Olympic and Paralympic village, many left comments, and suggestions.

"I think that they are just amazing. I certainly love the rooms, and the service provided to us and the way that helps us through," Machinya Wandipa Collin, an international student in Beijing, said.

The organizers said that some facilities and services, like the accessible ones need further tests, and the villages like the other two will have further installations and improvements based on rounds of testing.