The Greater Bay Area (GBA), comprising Hong Kong, Macao and nine cities in Guangdong Province, has emerged as one of the high grounds for tech innovation in China. To further unlock the technology and entrepreneurship potential of the area, CGTN and the Hong Kong X Foundation, a charity organization under Sequoia China, jointly held the "InnoBay 2021" special program on Monday.

Policymakers, entrepreneurs and experts shared their views on innovation and technology development in Hong Kong in connection with the GBA, as well as the steps needed to further leverage advantages to building an innovation-driven economy. 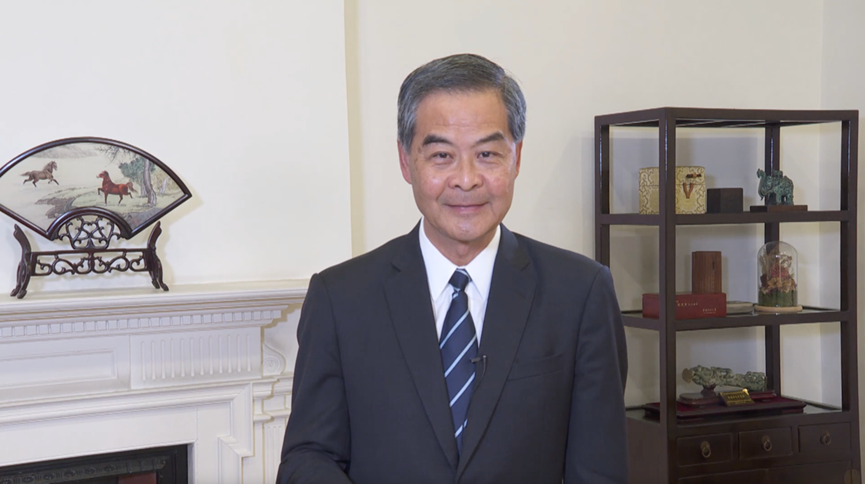 In his speech, Leung said greater cooperation across the Shenzhen River in Guangdong Province is the best way to boost the development of the GBA.

To date, seven universities from Hong Kong with strong scientific research capabilities have already or are planning to settle in cities in the GBA. The Guangzhou branch of the Hong Kong University of Science and Technology in Guangdong Province is also expected to be officially open from September next year.

Leung said he hopes more and more Hong Kong universities will come to the mainland and help spur the development opportunities in the Greater Bay Area. 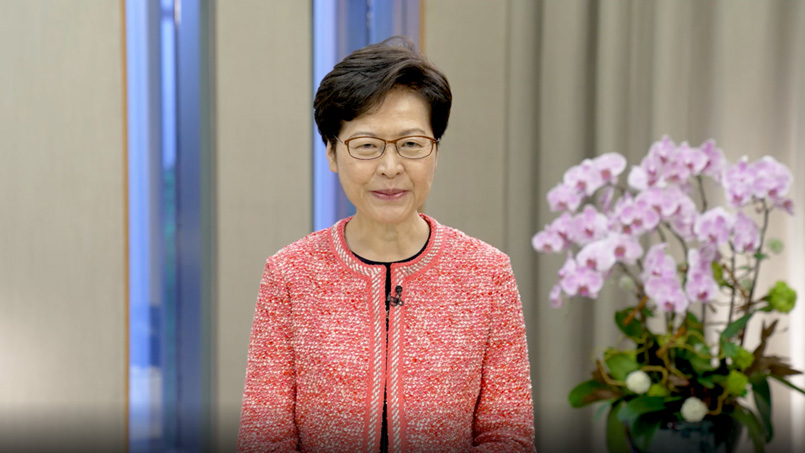 "I am grateful for the nation's support and together with our local IT sector, we are determined to play to our strengths. In my 2021 policy address delivered on October 6, I outlined several measures to enrich Hong Kong's IT ecosystem including supporting our universities to build more laboratory facilities, recruiting more research talents, giving more impetus to re-industrialization, and collaborating more closely with Shenzhen," Lam said.

In her policy address, Lam unveiled a plan to transform northern Hong Kong into a metropolis covering about 300 square kilometres. Neighboring Shenzhen, it will become the most important district in Hong Kong for facilitating the city's integration with Shenzhen and connection with the GBA.

The metropolis will serve as an innovative complement to the existing harbor metropolis, and be developed into an international innovation and technology hub offering 650,000 jobs, according to Lam.

Meanwhile, Shen Haixiong, vice minister of the Publicity Department of the Communist Party of China (CPC) Central Committee and president of China Media Group (CMG), shared insights from his personal working experiences in the region and offered suggestions on the road ahead.

"At present, the spirit of the sixth plenary session of the 19th CPC Central Committee is widely studied by people from all walks of life in the mainland, Hong Kong and Macao. Taking advantage of the plenary session, we hope to work closely with all parties in the GBA to help build an ecosystem for scientific and technological innovation," Shen said.

He added that CGTN will give full play to the advantages of global communication, connecting China and the rest of the world to promote the innovation of the GBA. 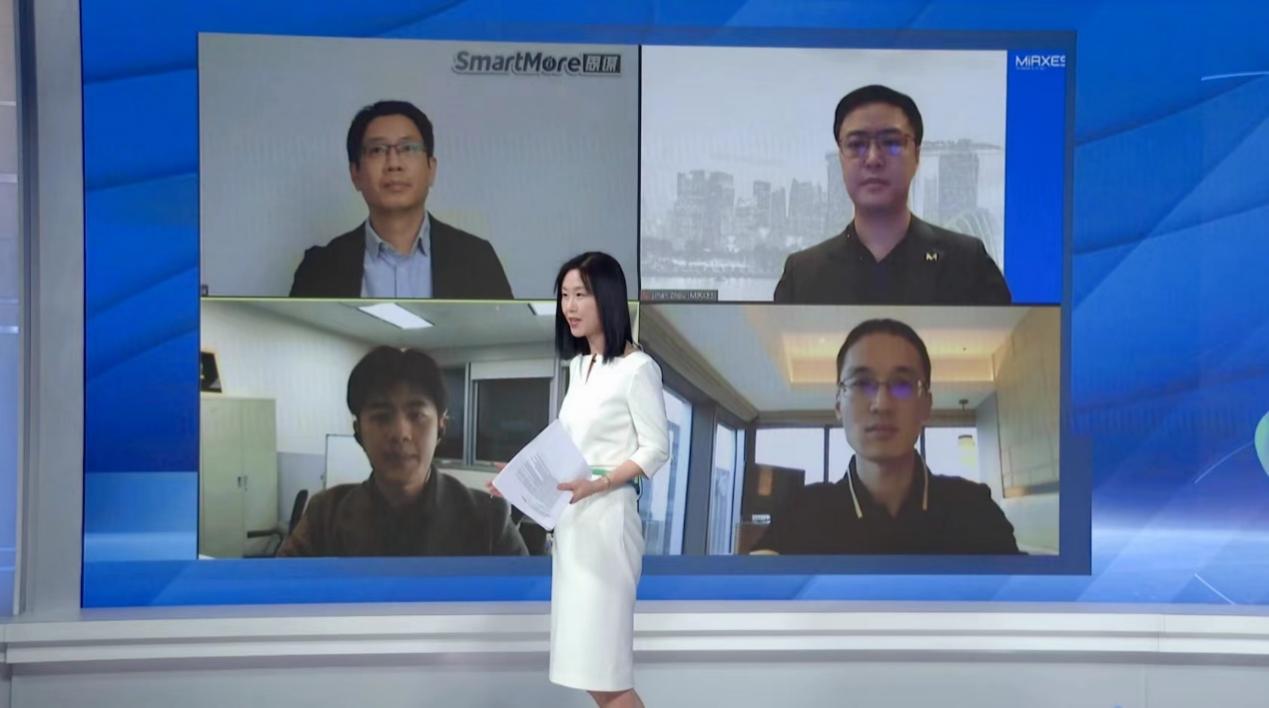 Representatives from universities, enterprises and investment institutions have also exchanged their practical experience and entrepreneurship stories.

Neil Shen, managing partner of Sequoia Capital China, a member of the 13th National Committee of the CPPCC, stressed the importance of creating a science and innovation ecosystem. Alfred Sit Wing-hang, secretary for innovation & technology of the HKSAR, noted that the rapid development of science and technology innovation will help diversify the SAR's economy.

Laura Cha Shih May-lung, chairperson of the Hong Kong Exchanges and Clearing Limited (HKEX), said that the number of start-ups in Hong Kong has tripled in the past six years, which shows the great attractiveness of Hong Kong's business environment. Robert Lawrence Kuhn, chairman of The Kuhn Foundation, is calling for people to pay attention to the small- and medium-sized enterprises, which are the main force driving innovation, and also to those entrepreneurs that lead innovation.

Other speakers highlighted the role of Hong Kong in building the GBA into an international center of science and tech and discussed the main forces that are driving innovation.

During the event, the Hong Kong X Foundation also unveiled the "Unicorn HK 2021" list to shed light on the most innovative startups in the area. The list was made public on the "InnoBay 2021" special program for the first time. 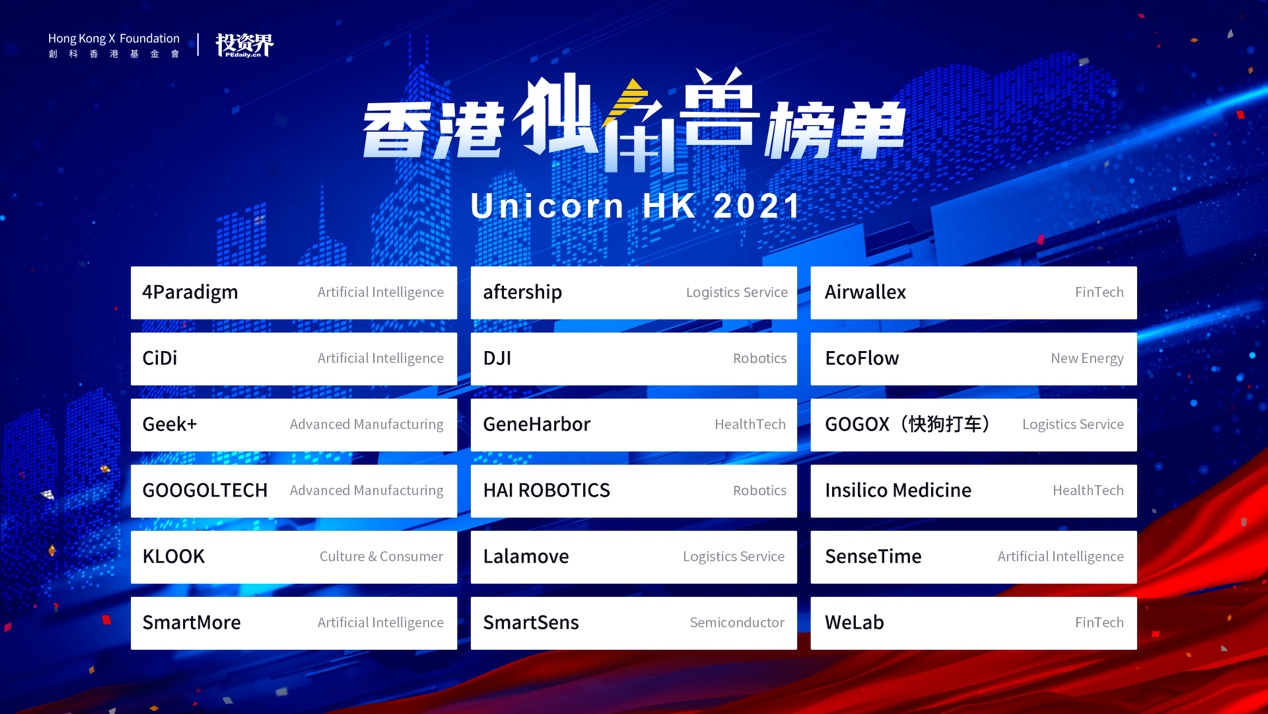 In total, 18 companies have been selected, among which the number of enterprises in the advanced manufacturing and artificial intelligence sectors accounts for the most, or about 44 percent of the total, such as 4Paradigm and Geek+. Other sectors include financial technology, semiconductors and new energy. About half of these startups have set up research and development and production bases in Shenzhen, Dongguan and other cities in the GBA. 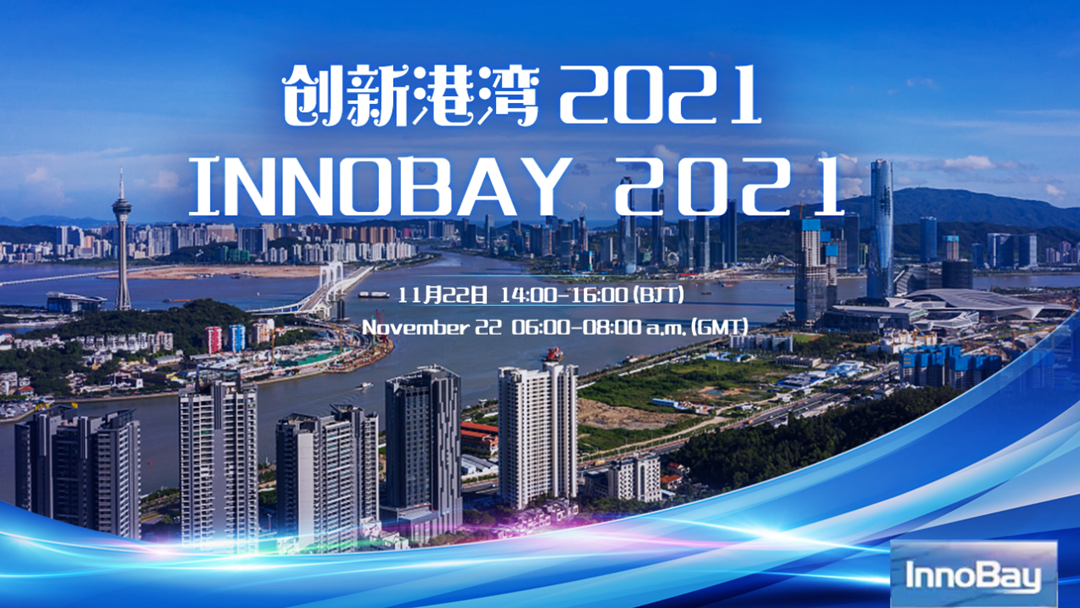