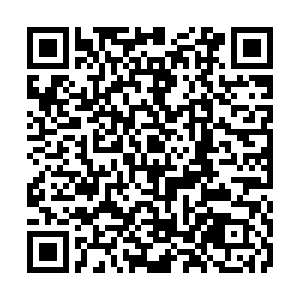 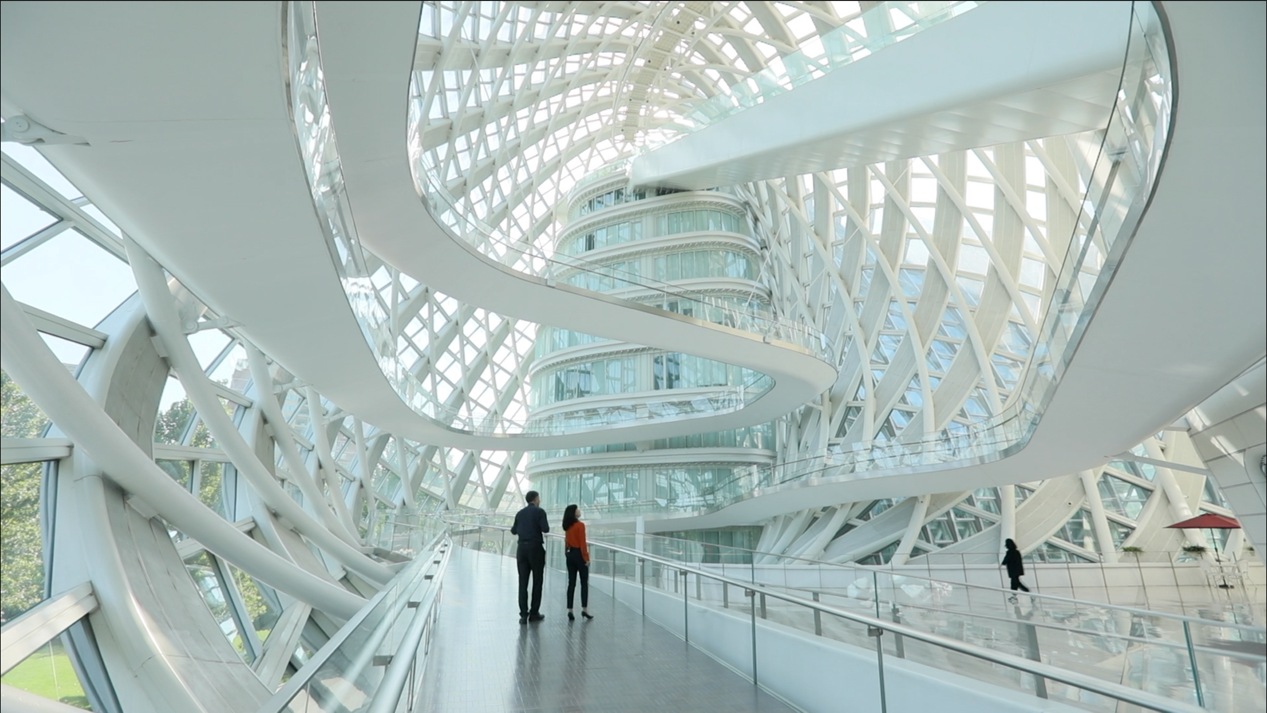 Over the past decade, new buildings with a refreshing style have changed the Beijing landscape. One architect, Shao Weiping, is behind some of these landmarks, including Terminal 3 of the Beijing Capital International Airport, the Citic Tower, and the Phoenix International Media Center. The veteran architect aims to bring cutting-edge design to his work.

Located next to Beijing's Chaoyang Park, the Phoenix Media Center is considered one of the masterpieces of Shao and his team. Digital algorithms were applied in the center's construction to give it its fluid symmetry. Shao said he wanted visitors to appreciate the building's dimensions. 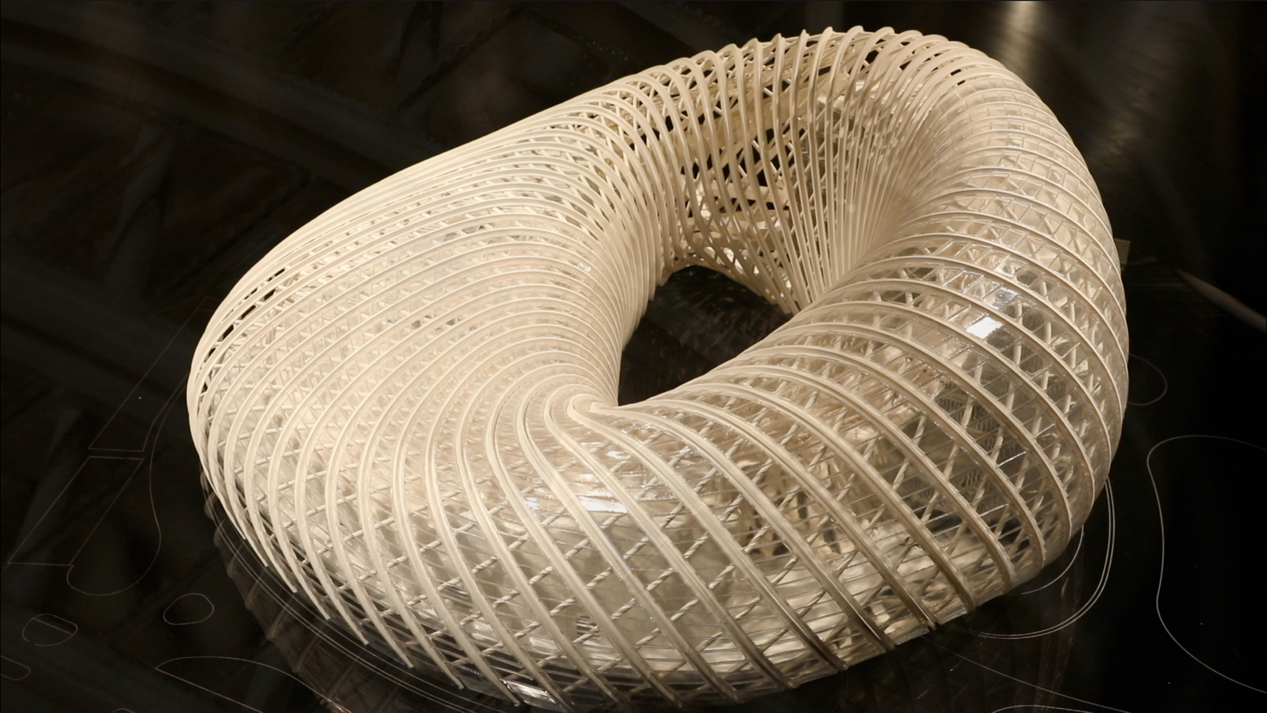 "The nearly 300-meter-long circular slope allows people to experience the atmosphere of the space in three dimensions. We can see different views from different heights," Shao said.

"Many buildings around the world have ring slopes, generally in regular shapes. This one is irregular, without any rules. But it's all smoothed out by our current technology," he added.

Shao said the difficulty lies in how to keep a complex structure together and make it elegant, and that what they did is advanced in the industry. 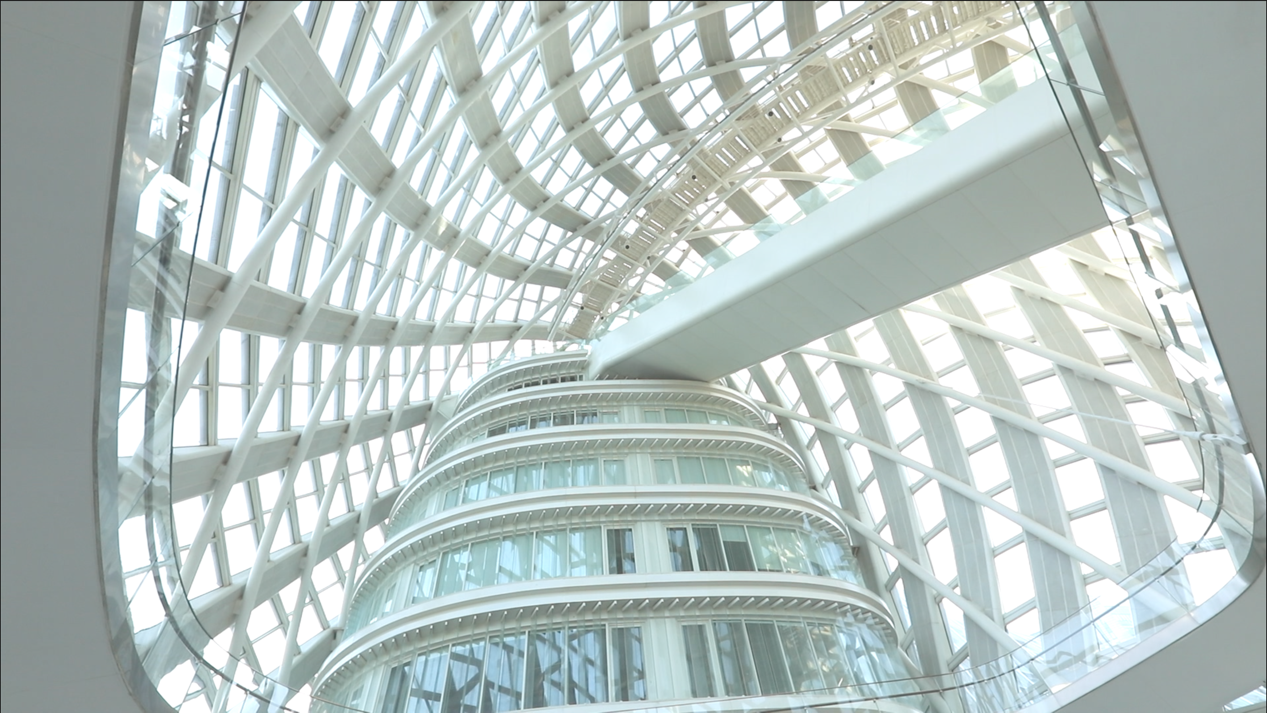 Exhibitions, open space conferences and cafes. In addition to the working area, every public corner of the building is an opportunity for visitors to enjoy the center, and the interaction between the building and the public is emphasized in various details.

"The center square down there is also a highlight," Shao told CGTN. "It is not completely enclosed, but raised up on both sides. People inside can see the surrounding city life ... the square and the city can have a dialogue."

From a young apprentice who designed small items to a chief architect of grand buildings, Shao recognizes architecture's place as a record of mankind's history. "Many of the earliest civilizations were recorded through architectural records, such as the Pyramids of Egypt, ancient Greece and Rome. All these cultures were recorded in architecture, so architecture itself is closely related to people's life."

Working in the industry for almost 40 years, Shao's career mirrors the rise of modern China.

"In the early years when I started my career, the overall level of Chinese architecture was still far from the world's advanced level. After the development of these years, obvious progress has been made," Shao told CGTN.

"Instead of just emphasizing the importance of basic and practical functions, we now also aim at goals like green and sustainable development and safety. What we are pursuing today is similar to the concerns of our peers around the world, and I think it reflects the development of our country," he added.