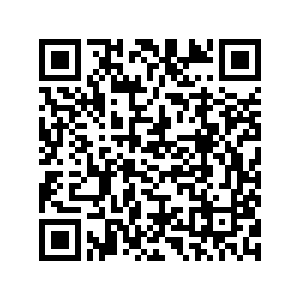 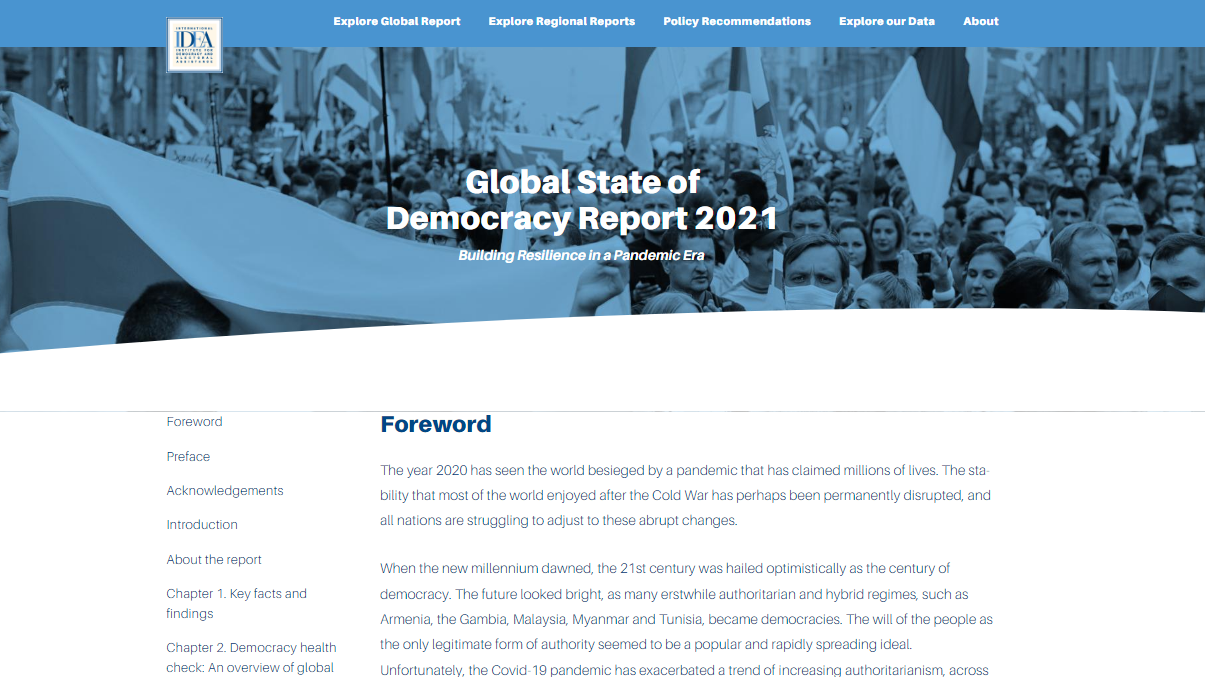 Unless you are blind to reality, you are reading the news that the United States is now defined as a backsliding democracy and thinking "what took so long to reach that conclusion?"

The International Institute for Democracy and Electoral Assistance (IDEA)'s Global State of Democracy 2021 report, released on November 22, announced that the United States, "the bastion of global democracy, fell victim to authoritarian tendencies itself [over the past five years], and was knocked down a significant number of steps on the democratic scale." The report continues: "The number of countries undergoing 'democratic backsliding' (a more severe and deliberate kind of democratic erosion) has never been as high as in the last decade, and includes regional geopolitical and economic powers such as … the United States."

Only the loudest of Donald Trump supporters – and let's admit a whole lot of them are really loud – would disagree that the U.S. is falling "victim to authoritarian tendencies." They will not accept that Trump bears responsibility for the decline in democratic ideals in the country he claims to love. Consider this statement from the IDEA report: "A historic turning point [for democracy in the U.S. and around the world] came in 2020–2021 when former President Donald Trump questioned the legitimacy of the 2020 election results in the United States. Baseless allegations of electoral fraud and related disinformation undermined fundamental trust in the electoral process, which culminated in the storming of the U.S. Capitol building in January 2021." Ironically these same supporters would argue that American democracy has been robbed from them.

The IDEA report is especially critical of the U.S. in four areas: direct democracy, electoral participation, an effective legislative branch, and social rights and equality. Summarized briefly, fewer Americans are paying attention to domestic politics, which leads to decreasing numbers of people going to the polls and voting. Furthermore, Congress, which is supposed to be a legitimate counter to the president, consistently gets very little accomplished (unless it comes to bashing China). Powerful special interest groups and lobbyists are joined by cable and radio hosts in reminding politicians to not seek compromise, which leads to Americans respecting Congress less and less each year. Finally, efforts to roll back voting rights throughout the South and overturn abortion rights across the country mean minorities and women justifiably fear the ground beneath their feet. 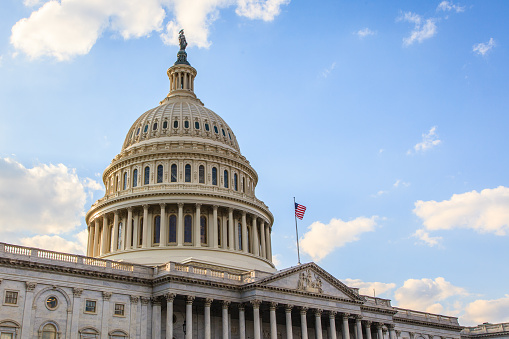 Sure, the United States has never been a perfect democracy, but without question the nation right now cannot be considered a shining light for people around the world inspired by democratic ideals.

In fact, the bitter truth in the U.S. is that Trump sits at the top of the corrosive damning of democratic ideals and he has an iron grip on the Republican Party. In poll after poll, Republican voters continue to say Trump is their preferred presidential candidate in 2024. They publicly state their belief that Trump was the real winner of last year's presidential election and they eagerly support the vile rhetoric Trump endorses. And that means almost every prominent Republican politician in the United States either also offers full support for Trump or nods quietly on the sidelines, fearing that any sign of anti-Trump thought will ensure the end of their political careers.

We know anti-Asian hate was one of the defining elements of the Trump presidency. Although he has been out of office almost a full year, verbal and physical attacks on Asians and Asian Americans continue. Just last week, a Chinese student at the University of Chicago was assaulted in broad daylight. A struggle ensued, and a short time later Shaoxiong Zheng was dead. A few days after that, four Asian students were attacked while riding a train in Philadelphia. In that assault, "ethnic slurs were used by the attackers," a city police officer said. Meanwhile, police in New York City arrested a woman earlier this year in connection with attacks on four Asians. In one of them, a 75-year-old woman was smashed on the head with a hammer.

These are not isolated incidents; remember, the FBI announced just a couple of weeks ago that crimes against Asians had increased 73 percent in 2020 alone. The data for 2021 seem certain to be as bad.

Should Americans be foolish enough to return Trump to the White House in 2024, the country's embrace of democracy will be further weakened and chronic attacks on people deemed not part of the mainstream will continue. At that point, America will no longer be classified as a "democratic backsliding" country; rather it would be considered a failed democracy.