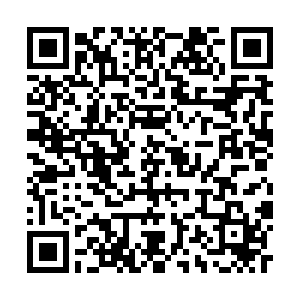 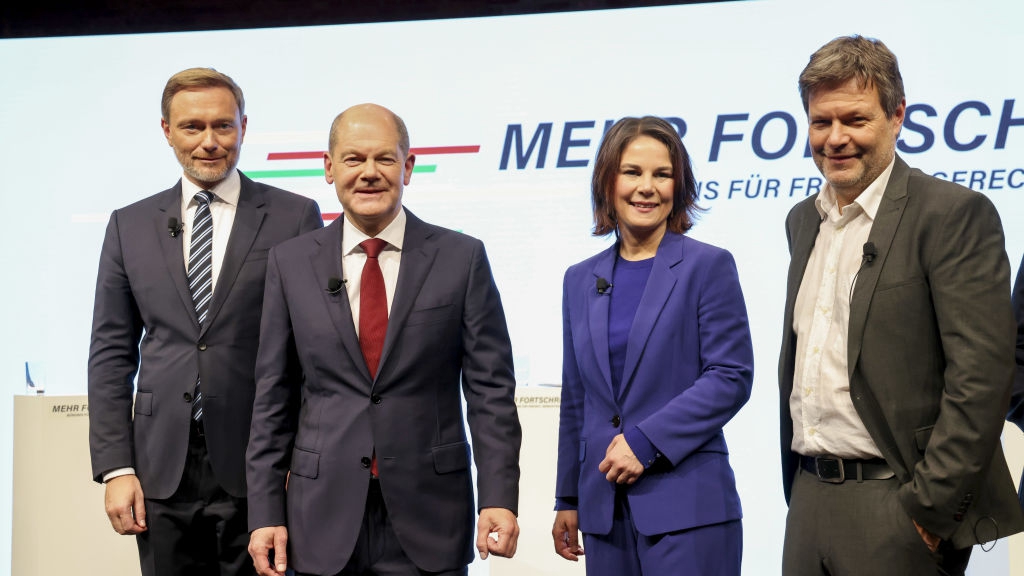 A center-left-led alliance of parties on Wednesday announced a deal to form Germany's new government, with surging coronavirus infections posing an immediate crisis for the post-Angela Merkel cabinet to tackle.

Two months after the Social Democrats (SPD) beat Merkel's conservative union CDU/CSU in general election, they concluded a roadmap on plans for Germany's next four years with the Greens and liberal Free Democrats that will install Finance Minister Olaf Scholz as chancellor.

What's next for Europe in post-Merkel Brussels?

Scholz said his incoming government will set up a crisis team to fight the pandemic, and pledged to spend 1 billion euros ($1.12 billion) on bonuses for health workers in hospitals and care homes who have been on the front lines of the crisis.

He voiced backing for compulsory vaccinations for health staff and said his government would "do everything necessary to bring our country safely through this time."

Climate protection also features prominently in the coalition accord, with the Greens getting their way on bringing Germany's exit from coal forward to 2030 from 2038. A huge ramp-up of renewable energy is planned for sustainable power to make up 80 percent of electricity mix by 2030.

The Free Democratic Party (FDP) took home the pledge to reinstate the country's constitutionally enshrined debt limit for 2023. And the SPD secured backing for their campaign pledge to raise minimum wage to 12 euros from the current 9.60 euros.

The swift pace at which the three parties – known in Germany as the Ampel or "traffic-light" after their colors – came together to defy expectations as the FDP is not seen as a natural partner of the center-left SPD or Greens.

The 177-page coalition contract will now be put to the parties' rank-and-file for approval, following which Scholz will be elected formally by MPs in the Bundestag, likely in early December.

The likely line-up of Germany's next govt

Here is some background on Germany's new chancellor as well as other likely cabinet nominations, according to party sources, although they may not be officially announced for several days.

The 63-year-old former mayor of the northern port city of Hamburg served as finance minister under Merkel as part of the "grand coalition" between his SPD and her conservatives.

He engineered a multi-billion-euro rescue package for the economy during the pandemic.

He has said his first foreign trip as chancellor would be to France, a nod to the importance of a functioning Franco-German alliance to reforming the euro zone and strengthening the European Union. 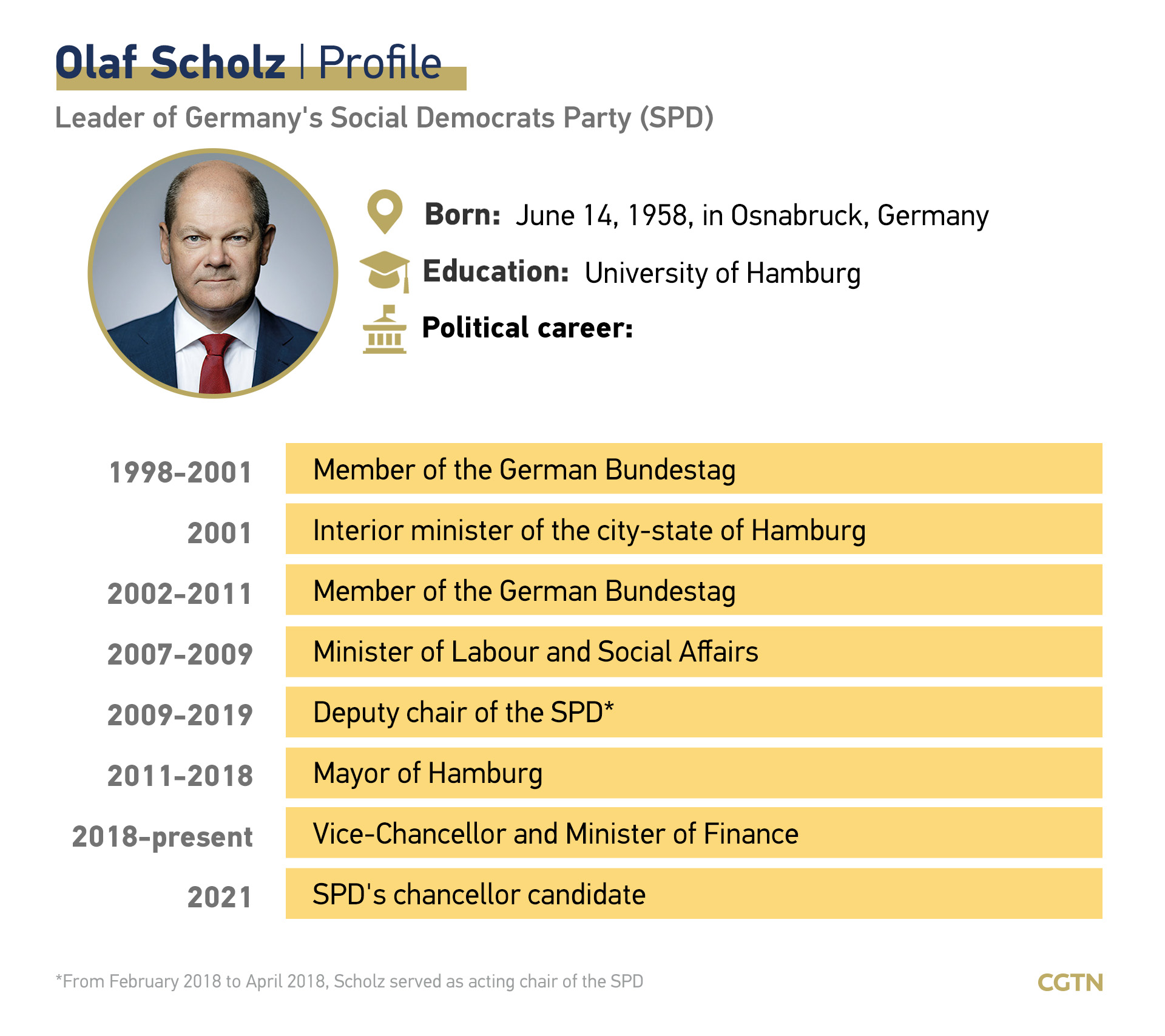 The ecologist party's co-leader, 52, is expected to head a beefed-up ministry that has overseen both the distribution of financial lifelines to businesses affected by lockdown and implementing a strategy to develop large-scale green hydrogen.

In future, it will also have responsibility for the climate issues that are the Greens' top concern.

The 42-year old leader of the libertarian FDP is widely expected to become finance minister. He has said he will keep in place strict limits on new public borrowing and not raise taxes to finance ambitious investments to wean the economy off fossil fuels and upgrade Germany's infrastructure for the digital age.

The remaining ministries have been divided up between the parties but no final decisions on names have been given.

The SPD will control the interior, labor/social affairs, defense, health, building and economic cooperation/development ministries. The Greens will take family/women, environment/consumer affairs and agriculture ministries. The FDP will take charge of the justice, transport/digital and education/research ministries.