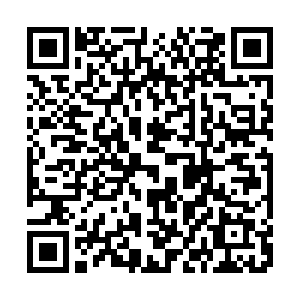 As China embarks on its new journey toward building a modern socialist country in all respects, a landmark resolution on the major achievements and historical experience of the Communist Party of China (CPC)'s 100 years of endeavors has been released.

The review will help lead Chinese people of all ethnic groups in achieving new and great success in building socialism with Chinese characteristics in the new era, said President Xi Jinping, also general secretary of the CPC Central Committee, in his explanatory address on the resolution.

How will the landmark resolution, with over 36,000 Chinese characters, guide the country in realizing the Chinese dream of national rejuvenation?

Highlights of the resolution

It also highlights the important experiences in 10 aspects accumulated over the past 100 years.

These include upholding the Party's leadership, putting the people first, advancing theoretical innovation, staying independent, following the Chinese path, maintaining a global vision, breaking new ground, standing up for ourselves, promoting the united front and remaining committed to self-reform.

Moreover, it is worth mentioning that the resolution stresses decisive significance of Xi's core position and Xi thought.

The CPC has established Xi's core position in its Central Committee as well as the Party at large and defined the guiding role of Xi Jinping Thought on Socialism with Chinese Characteristics for a New Era, according to the resolution.

Xi Jinping Thought on Socialism with Chinese Characteristics for a New Era is the Marxism of contemporary China and of the 21st century, which embodies the best of Chinese culture and ethos in our times and represents a new breakthrough in adapting Marxism to the Chinese context, it said.

During interviews with the China Media Group, experts said that the resolution sounds the "bugle call" of building a modern socialist country in an all respects and is a milestone in leading the realization of the great rejuvenation of the Chinese nation.

The resolution answers what kind of socialism with Chinese characteristics should China uphold and develop in the new era and how can China reach the goal, said Xie Chuntao, vice president of the Party School of the Central Committee of the CPC.

It also answers what kind of moderately prosperous society should China build and how can China reach that goal, he said.

As for Xi's core position and Xi thought highlighted in the resolution, Wang Bingling, expert from Beijing Normal University, stressed that the leadership core is vital to a country and a Party and only when fully realizing the significance of them can the whole Party march in unison towards success.

"This is the biggest political achievement we have achieved since the 18th National Congress of the CPC. It is of decisive significance to the development of the cause of the Party and the country in the new era and to the historical process of the great rejuvenation of the Chinese nation," he said.

This reflects the common will of the Party, the armed forces, and Chinese people of all ethnic groups, and is of decisive significance for advancing the cause of the Party and the country in the new era and for driving forward the historic process of national rejuvenation, according to the resolution.

On another important content in the resolution – the experiences in 10 aspects and historic achievements and shifts in 13 aspects, experts said that these help explain what's behind the CPC's success and guide the way forward.

The historic achievements and shifts include upholding the Party's overall leadership, exercising full and rigorous self-governance, pursuing economic development, and deepening reform and opening up, among others.

"China, as a nation with poor economic foundation, managed to carve out a path of efficiency and vitality. These lessons are particularly useful to countries that have not yet achieved full modernization," said Shang Hongri, professor of Chinese politics at Shanghai Normal University.

Xie agreed it is the valuable experiences that make the CPC different from other political parties in the world and century-long endeavors should be always kept in mind when the country makes efforts in achieving greater success.