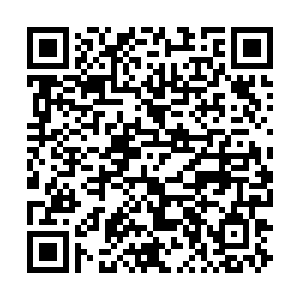 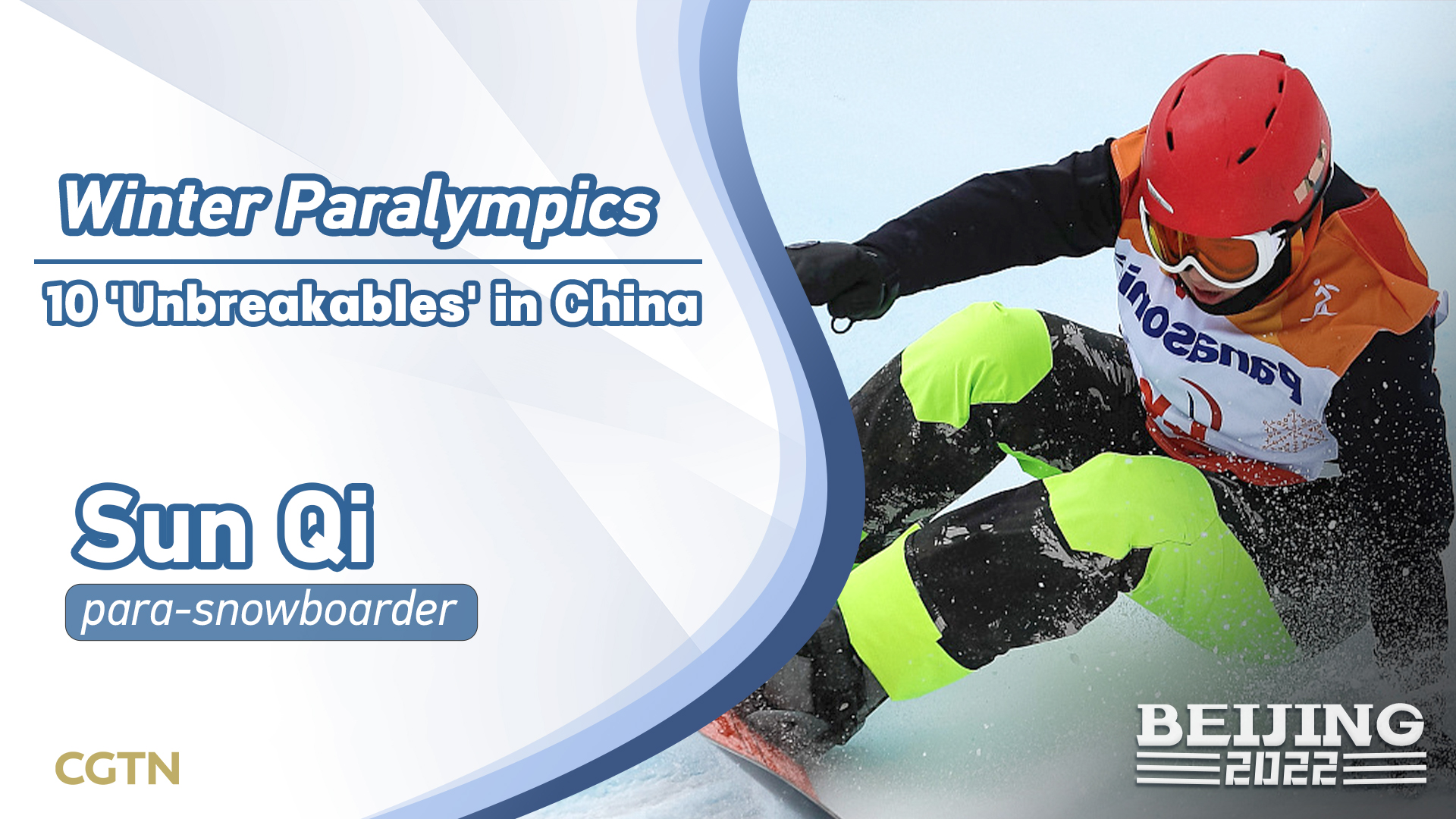 With the beginning of the 100-day countdown to the Beijing 2022 Winter Paralympic Games on Wednesday, it is time to freshen our knowledge of top Paralympic athletes from China, like Sun Qi, who is set to compete at the Games.

History was made for Chinese para-snowboarding on November 14, 2018, at the world cup in Landgraaf, the Netherlands, when Sun claimed his first victory at the age of 19, also the first gold medal for China in the field.

Blazing in the snow, he clocked the fastest banked slalom time (40.53 seconds) to secure the gold, surpassing two-time champion Matt Suur-Hamari of Finland and Alex Massie of Canada. 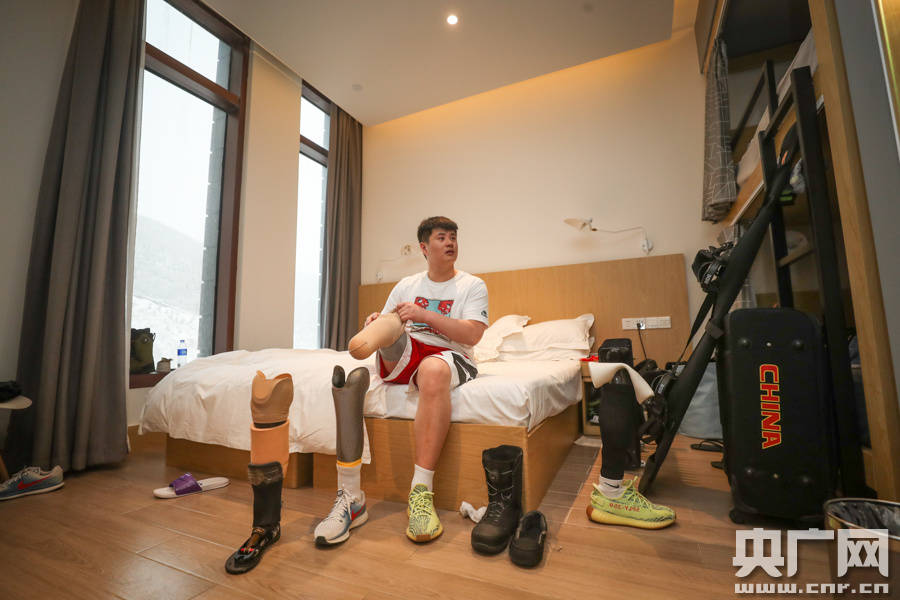 Sun, whose lower-right leg was amputated due to a firework explosion in early childhood, had a growing love for winter sports as he is from Liaoning Province, one of the three northeastern provinces renowned for winter sports in China.

Standing on a high ski platform, he enjoyed the moment of rushing down, but this was completely the opposite of his first experience in skiing.

"When I first started to practice skiing, a small steep slope would have me scared and screaming," he said.

Starting as a road cycling para-athlete, Sun switched to winter para-sports on the recommendation of a friend. Skiing as early as at the age of 16, Sun was selected to be a para-snowboarder in China's national team.

"I was young and felt less pressure than others when I was new in the national team. I just wanted to have a try," Sun once told China National Radio in an interview in March. 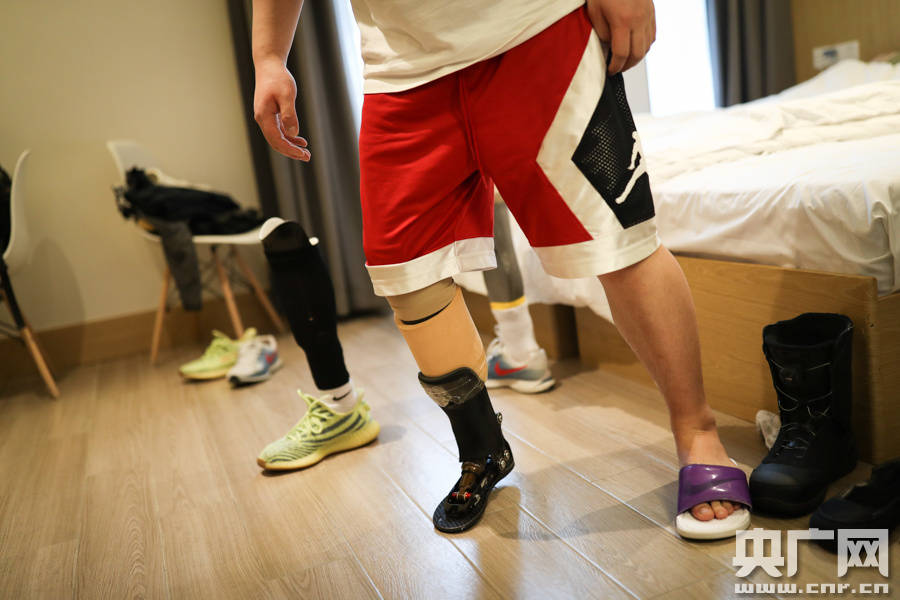 As the former cyclist, he shared a unique point about the two sports, "skiing and cycling, in fact, have the same power unit for me. The key is the harmonious running-in of the prosthesis and the leg."

"I have more legs than others," he joked. Sun had three most commonly used prostheses, for daily walking, for fitness training and for competitions, respectively. And he even designed and tailored himself the shoe covers under his prosthesis.

He said he has kept a training routine of no less than four hours a day. 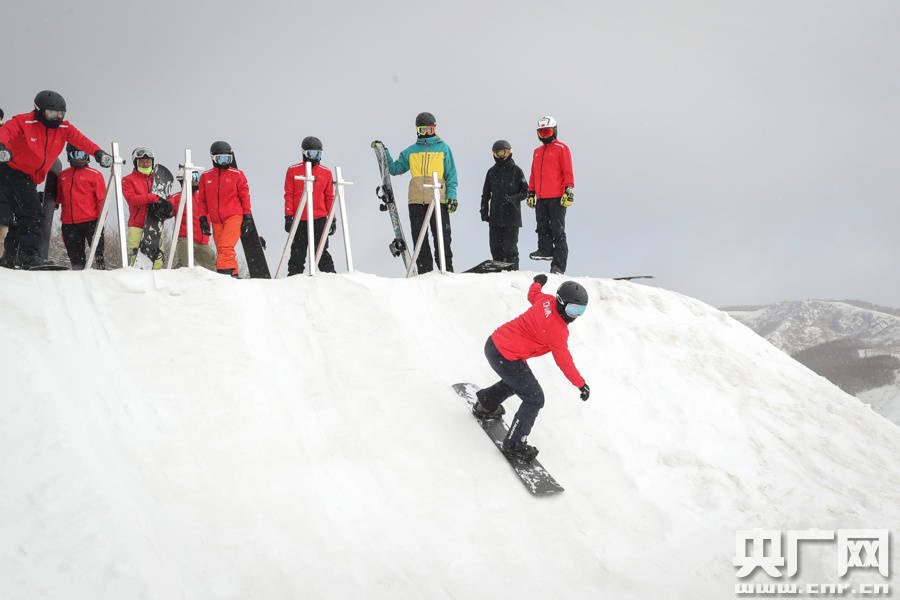 The snowboard-lover regarded snow track as his friend. "A new snow track is like a new friend to me. It takes time for me to adjust to it, but there is no hurry and no worry," he said.

In an interview with Guangming Daily in 2018, Sun recalled his biggest regret was back at the PyeongChang Winter Paralympics.

"The day before the official competition, my prosthesis broke. At that time, I had only one chance to adapt to the venue. Even though the technician helped me to fix the prosthesis, I fell in the competition," said Sun, who finished 11th in slalom and 12th in snowboard-cross at the Games.

"When you are on the track, just rush forward and it's done. My ambition is to win a gold medal at the Beijing Paralympics," he said.