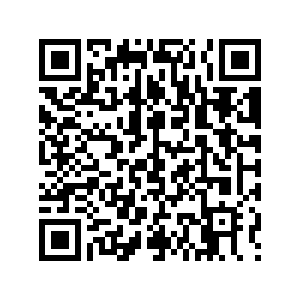 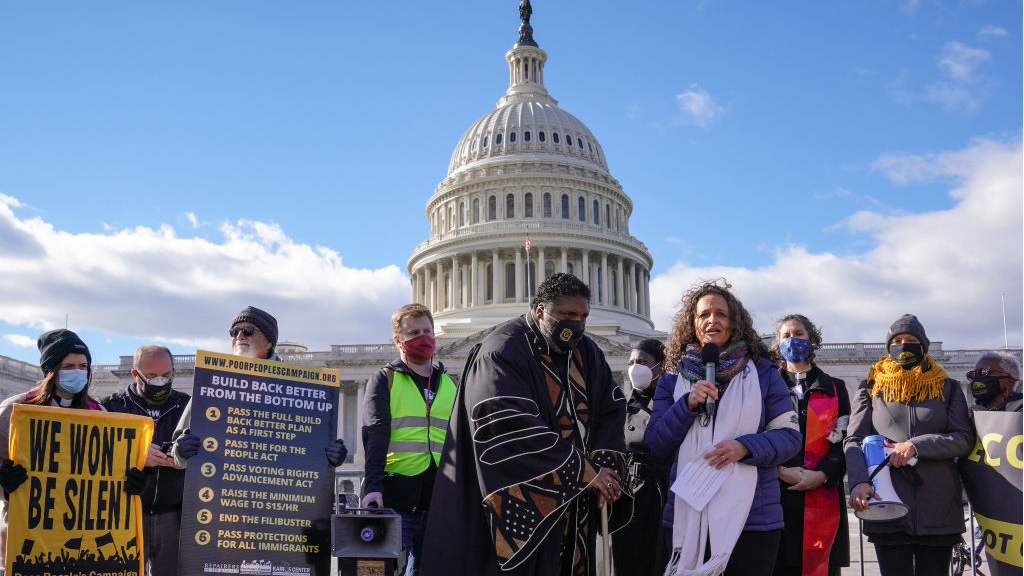 Activists and demonstrators take part in a march and demonstration at the U.S. Capitol during the MoveOn and Poor People's Build Back Better Action in Washington, D.C., November 15, 2021. /Getty

Activists and demonstrators take part in a march and demonstration at the U.S. Capitol during the MoveOn and Poor People's Build Back Better Action in Washington, D.C., November 15, 2021. /Getty

Editor's note: Alfred de Zayas is professor of international law at the Geneva School of Diplomacy and was United Nations Independent Expert on International Order 2012-18. The article reflects the author's opinions and not necessarily those of CGTN.

In a world of fake news, fake history, fake law, fake diplomacy, it is no surprise to encounter fake democracy along the way. On November 22, the Washington Post reported that the Stockholm-based International Institute for Democracy and Electoral Assistance (IDEA) in its latest report downgraded the U.S. to the category of a "backsliding" democracy.  But was the U.S. ever a "bastion of global democracy" as the IDEA and the Washington Post editors pretend?

In my reports to the United Nations General Assembly and Human Rights Council, I said that democracy means the correlation of the will of the people and the governmental policies that affect them. Democratic governance is much more than ritual periodic elections, but entails genuine policy choices, people's power to propose legislation, challenge laws and regulations by referendum, demand transparency and accountability from government.

Moreover, a well-informed electorate is necessary for a functioning democracy. This means that there must be access to truthful information and a plurality of views. This is sabotaged both by government and private-sector manipulation of news. Noam Chomsky said that far from advancing democracy, the U.S. media conglomerates and corporate press, including the New York Times and Washington Post, undermine it by "manufacturing consent."

As an American citizen, I vote every two years, but I know that our two-party system has proven to be undemocratic. Indeed, whether I vote Republican or Democrat, I get more of the same, because both parties are committed to exceptionalism, imperialism, interventionism, Wall Street over Main Street. It is like having to choose between two beverages that almost taste the same, like Pepsi and Coca-Cola. Both parties approve of killing tens of thousands of civilians with drones. Both approve the use of radioactive depleted-uranium weapons. Both persecute journalists and whistleblowers who dare disclose the crimes committed in our name. Both parties are strongly pro-Israel and anti-Palestinian. Both impose illegal unilateral coercive measures on countries that do not obey Uncle Sam's political orders. 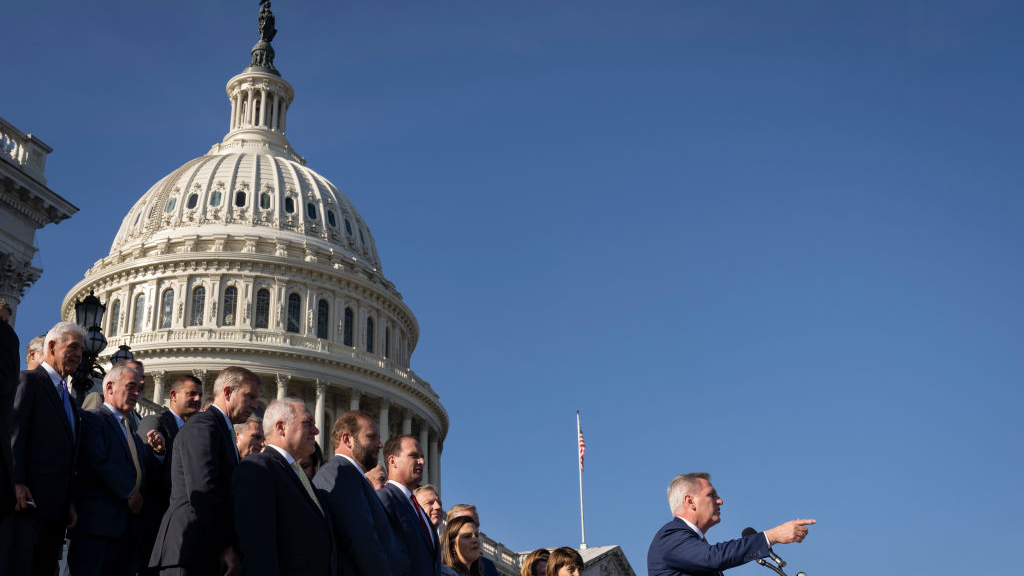 You do not have to be an anarchist to realize that our establishment intends and has the power to perpetuate itself. Of course, the electorate is invited to participate in choosing which of the two parties should oppress them, but this is a kind of theater, entertainment for the masses. Billions of dollars are wasted in the myth of democratic elections but, as has been variously attributed to Emma Goldman and Kurt Tucholsky: "If elections would change anything, they would be abolished."

IDEA is being intellectually dishonest when it focuses on the undemocratic proclivities of Donald Trump, but does not address root causes of problems, the legacy of slavery and discrimination, including against the indigenous Cree, Sioux, Navajo – the "unsung victims" of the U.S. corporatocracy. IDEA manipulates when it applauds "pro-democracy movements" worldwide — i.e., those groups, mostly financed by the West, whose function is to destabilize and promote undemocratic "color revolutions" and foreign-imposed regime change.

Of course, aspects of democracy do exist in the U.S., as they also exist in China, Russia, Belarus, Cuba and Venezuela. The questions that IDEA should be posing instead are how to facilitate public participation in the conduct of public affairs, how to advance toward peace and social justice, how to ensure access to information and a true "marketplace of ideas." IDEA belongs to the "narrative managers" who act as an echo chamber for the establishment. It misses the point when it targets Hungary, Poland and Slovenia for a supposed democratic decline, instead of addressing endemic demophobia in most EU member states, where public demonstrations are suppressed – and not just those against the lockdowns resulting from the pandemic. Evidently, IDEA applies double standards.

The democratic backsliding was visible in France with the repression of the "yellow vests," in Spain with the brutal suppression of the self-determination referendum in Catalonia in 2017, the brutality of the Guardia Civil against peaceful voters, pregnant women, old ladies, the use of rubber bullets against citizens going to vote – I myself interviewed some of these victims. How can IDEA remain silent on the existence of political prisoners in Spain, whose only "crime" is to demand the implementation of their right to hold a referendum, a right protected by the International Covenant on Civil and Political Rights (Articles 1, 19, 25)?

In countless resolutions, the UN General Assembly has acknowledged that there is no single model of democracy, that democracy cannot be exported but must be home-grown, that each country should find its own way consistent with the right of self-determination of peoples and the principles of the UN Charter.

As UN rapporteur, I denounced the wrong priorities of inter-governmental and non-governmental organizations that seem to be intent on keeping the status quo so that the rich will remain rich and the poor will stay poor.