Download
From 'Hi, Mom' to 'The Battle at Lake Changjin': Behind the rise of Chinese films
Zhao Yue 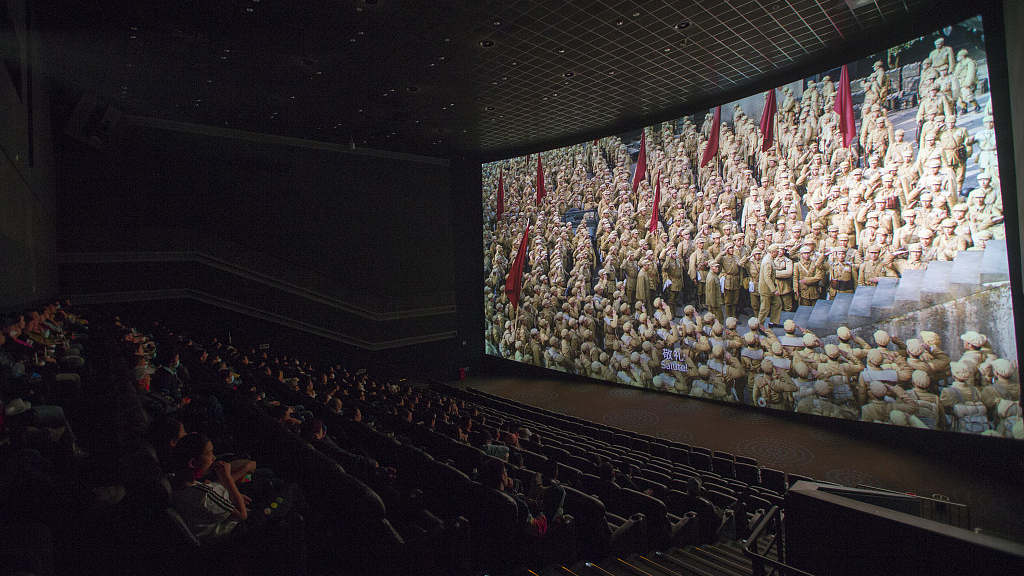 Moviegoers watch the Chinese film "The Battle at Lake Changjin" at a cinema in Taiyuan, Shanxi Province, China, October 6, 2021. /CFP

Moviegoers watch the Chinese film "The Battle at Lake Changjin" at a cinema in Taiyuan, Shanxi Province, China, October 6, 2021. /CFP

On Wednesday, domestic box office revenue of "The Battle at Lake Changjin" reached nearly 5.7 billion yuan ($891 million), making it the highest-grossing film in Chinese history, surpassing "Wolf Warrior 2," which had held the throne since 2017. The historical epic, which depicts the battle fought between China and the U.S. at the Chosin Reservoir during the War to Resist U.S. Aggression and Aid Korea (known as the Korean War in the U.S.), is also the highest-grossing film in the world this year, followed closely by a Chinese comedy, "Hi, Mom."

Since 2016, China has put out at least one mega-hit each year that collected at minimum of 3 billion yuan in the box office. Just five years ago, there were still five American films occupying China's top 10 highest-grossing films. Now, there's only one – Marvel's "Avengers: Endgame," the second highest-grossing film in history. The other nine are all Chinese productions.

With an increasingly capable film industry that has churned out high-quality films one after another in recent years, Chinese filmmakers are able and willing to tell China's stories, and Chinese viewers now also expect to see more stories that represent them.

"Chinese consumer sentiment toward anything American is at an all-time, modern day low," said Chris Fenton, an American film producer and trustee of the US-Asia Institute, in an interview with Bloomberg.

The rise of Chinese films in the domestic market can be attributed partly to the country's improved filmmaking prowess. Yin Hong, vice chairman of the China Literature and Art Critics Association, said in an interview with Shanghai-based newspaper Wenhui Daily that "films such as 'Leap,' 'The Eight Hundred,' and 'The Sacrifice' prove that China's top films have met the world's top standards in terms of production."

"The Wandering Earth," China's first home-made sci-fi blockbuster, is widely regarded in the country as a milestone in the development of China's film industry. Wang Xiaohui, director of the National Film Bureau, praised the film's stunning audio-visual effects – an achievement that signifies a narrowing gap with Hollywood.

Whereas "The Wandering Earth" displays a growing capability in special effects, "Hi, Mom" is an example of improved storytelling. The slice-of-life comedy about maternal love had no spectacular visuals or big-budget action scenes, but managed to tell a compelling story that was relatable to the Chinese viewers, and left most of them in tears at its climatic ending.

After the film's release, social media users in China began celebrating their own mothers on platforms such as Weibo. The hashtag "This is my Li Huanying" (the name of the mother character in the film) received 85 million views, while thousands of others shared old photographs of their own mothers.

With its effective storytelling, "Hi, Mom" triumphed during the Spring Festival holiday – the most competitive film season in China, raking in a total of 5.2 billion yuan. 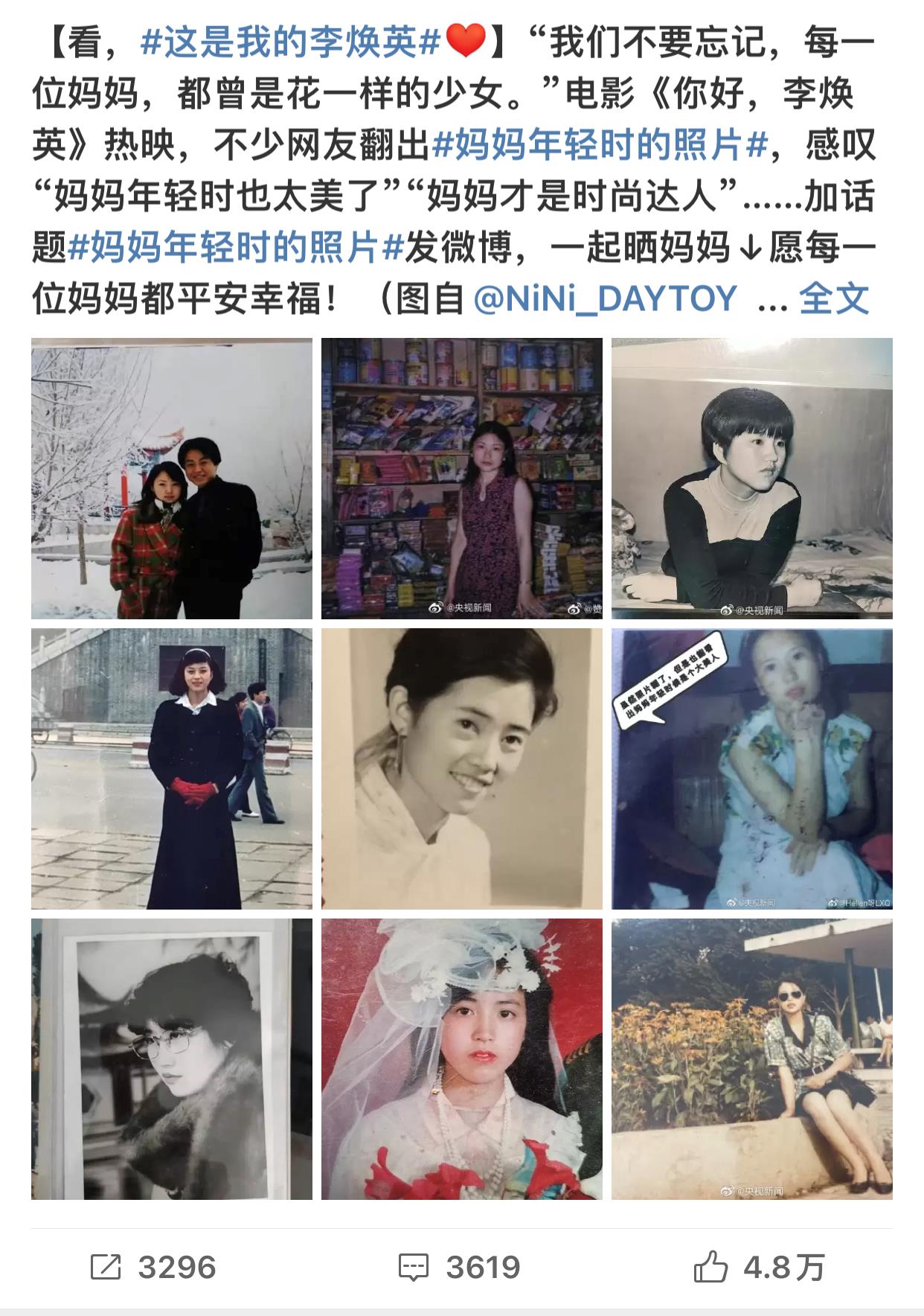 Viewers of "Hi, Mom" post photos of their mothers when they were young. /Screenshot via Weibo

Viewers of "Hi, Mom" post photos of their mothers when they were young. /Screenshot via Weibo

Meanwhile, the COVID-19 pandemic has also played a role in the rise of China's domestic films. While the pandemic has taken a toll on the global economy, China was the only major economy that reported positive growth in 2020. After a six-month shutdown, which started in January 2020, China's cinemas reopened with a bang.

"The Eight Hundred," a Chinese film about the War of Resistance against Japanese Aggression, generated 3 billion yuan at the box office. As a result of China's speedy recovery from COVID-19, China overtook North America to become the world's largest movie market last year.

Data from the China Film Administration shows that in 2020, domestic films accounted for over 80 percent of the total box office revenue – the highest in recent years. According to Dengta, a Chinese film data platform, the number of foreign films released in China in 2021 so far is 60 percent lower than in 2019. The sharp decline is mainly due to studios worldwide halting productions after the pandemic outburst, which subsequently led to delayed releases. As a result, imported films' annual box office revenue in 2021 dropped nearly 10 billion yuan from that of 2019.

Besides the pandemic, major Hollywood films that did make it to Chinese cinemas failed to meet expectations. "Wonder Woman 1984," a superhero film whose genre has gained huge popularity at China's box office over the years, failed to enthuse Chinese moviegoers, grossing only 167 million yuan.

"Mulan," a movie made specifically to target the Chinese market, turned out to be a disappointment. The film generated 278 million yuan in China, and $70 million globally, which paled in comparison to its $200 million budget.

Based on the Chinese poem "The Ballad of Mulan," this live-action movie was not just a remake of its successful animated classic from the 1990s, but also Disney's attempt to make a fortune in China's lucrative film market.

With an impressive all-Asian cast stacked with China's biggest stars – Li Lianjie (Jet Li), Gong Li, and Liu Yifei – the film was clearly aimed at the Chinese audience. Niki Caro, the film's director, once called it "a love letter to China." But despite the efforts made, the film was poorly received by both fans and critics. 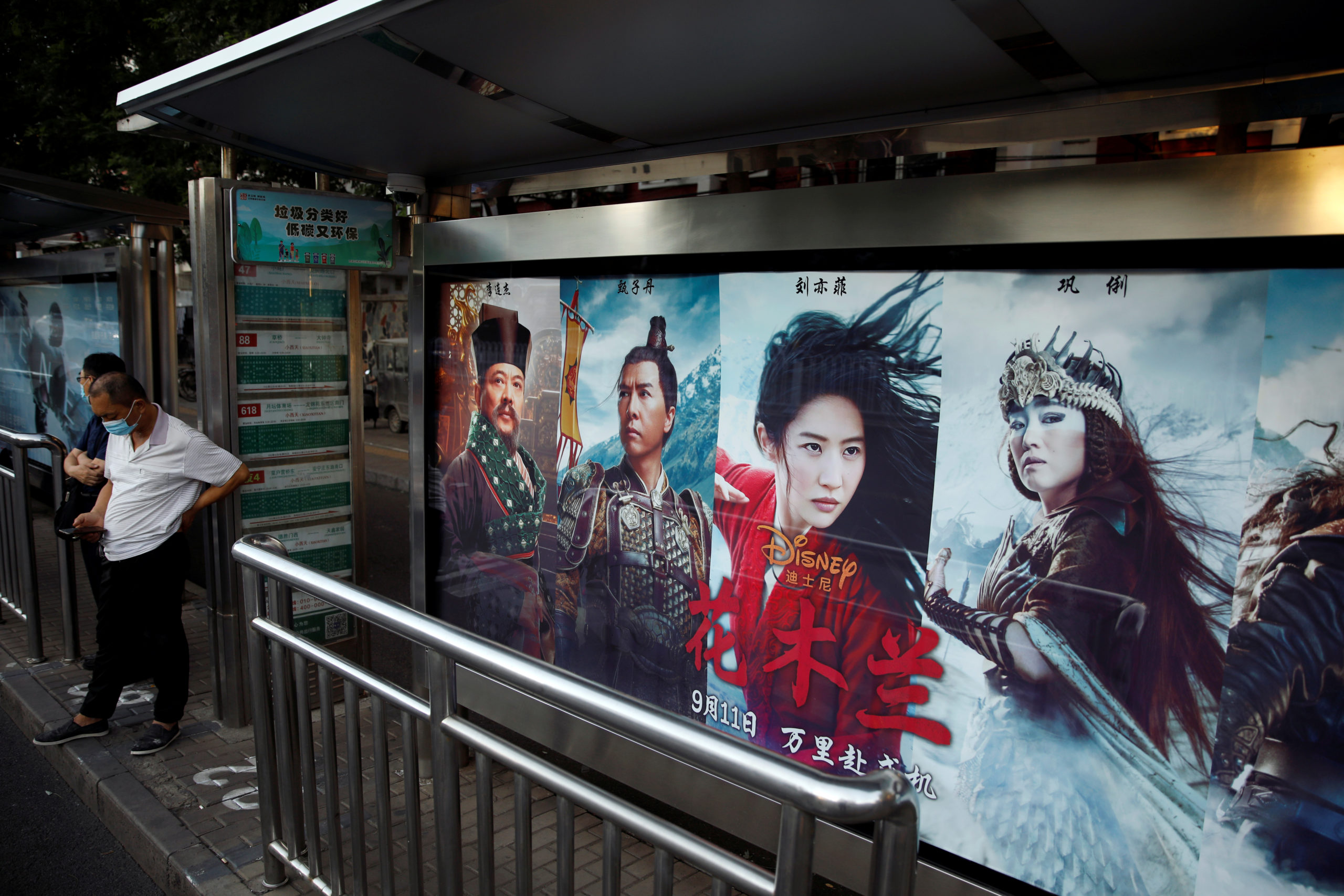 "I actually admire Disney's courage to screen this movie in China. It is a product of the arrogance of foreigners who don't understand China," a user wrote. Another noted that although the film includes an all-Asian cast, and tells a Chinese story, it is still fundamentally Western. "This sense of dissonance permeates everything from art direction to characters to storytelling," the comment reads.