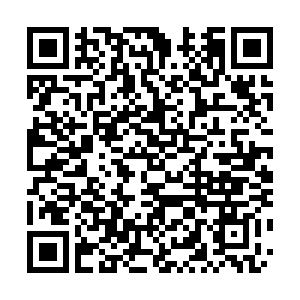 The law passed at the 34th meeting of the Standing Committee of the 13th Jiangxi Provincial People's Congress will be the first at the provincial level in China for protecting migratory birds, Jiangxi's provincial forestry department said Tuesday.

The regulations draw a red line to prohibit individuals and entities from moving or damaging the lowest water level marks without authorization in the core area of the Poyang Lake National Nature Reserve.

Experts say that if the lake water is below the set marks, it would harm the biodiversity in the core reserve area. 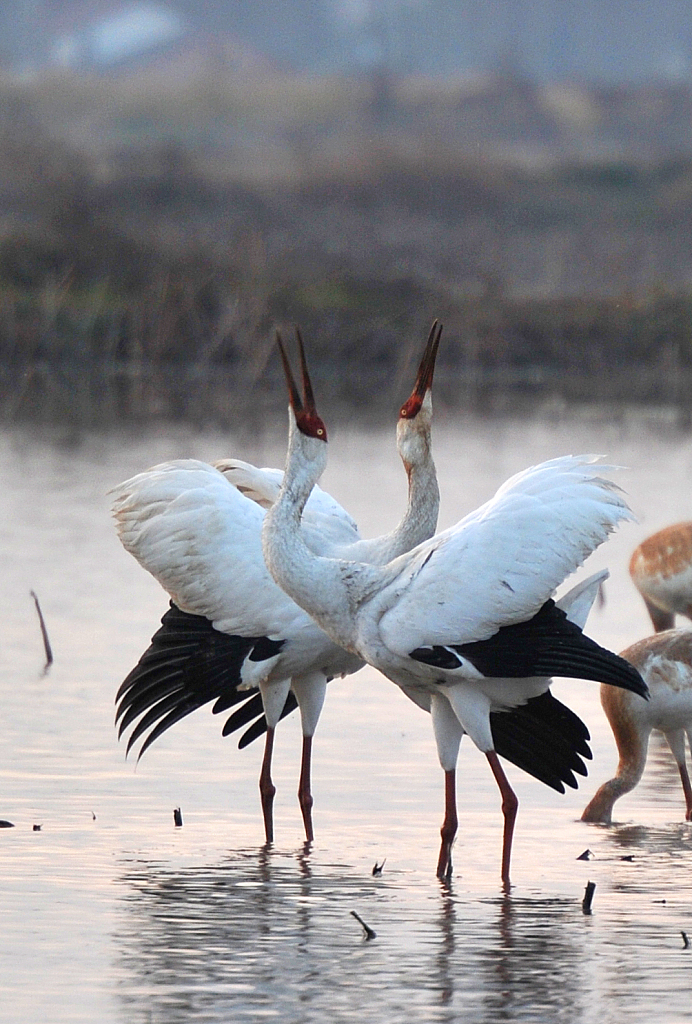 The Siberian crane was selected as Jiangxi's "provincial bird" in 2019.

There are only around 4,000 Siberian cranes worldwide and the species is listed as "critically endangered" by the International Union for Conservation of Nature.

"In recent years, Siberian cranes have become bolder and their activity range has become larger, extending from the reserve to the surrounding farmland, lotus pond and other areas," said Wu Xudong, deputy head of the administration bureau of the reserve.

"The local government has actively guided people living around the lake to plant supplementary food for cranes such as lotus root and Gordon Euryale seeds to keep the birds near the reserve area. The government purchases the produce in biodiversity subsidies," Wu added.

Six organizations from China, Russia and Mongolia signed a memorandum of understanding on the conservation of the Siberian crane in Jiangxi in 2019. The signatories pledged to work together to collect and share scientific data such as breeding areas, population size and different habitats of the species.

With a surface area of over 3,200 square kilometers, the Poyang Lake hosts up to 700,000 wintering birds every year.