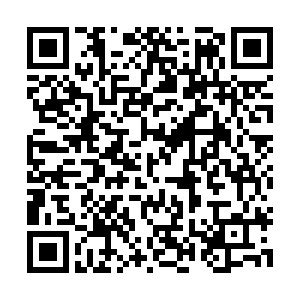 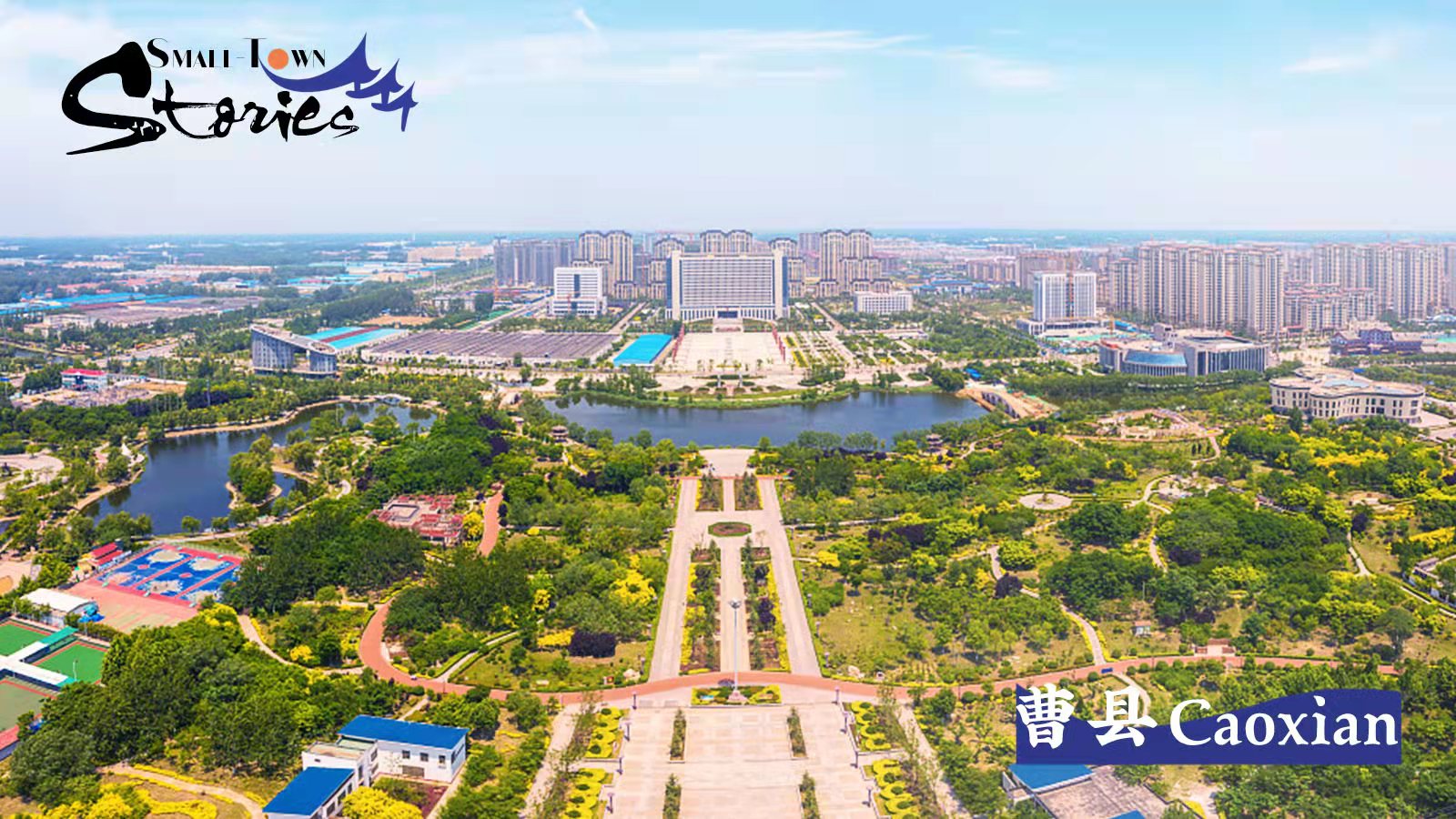 Caoxian, a small county tucked away in east China's Shandong Province, rose to sudden fame earlier this year after short videos repeatedly referring to the place went viral on Douyin, China's equivalent of TikTok. A local influencer named Dashuo, currently followed by some 250,000 users on the platform, bragged about his hometown in the videos with a catchy slogan and local dialect.

Between mid-April and May, the hashtag "What is the meme of Caoxian" amassed more than 500 million views on China's Twitter-like platform Weibo, bringing the national spotlight to the once impoverished inland county. No one would've guessed that this little-known place could become an internet sensation, even outshining the province's capital Jinan and popular tourist destination of Qingdao.

However, behind the internet fad, Caoxian is actually the country's largest manufacturing site of performance costumes and Hanfu, traditional Chinese clothing that has made a strong comeback in China. 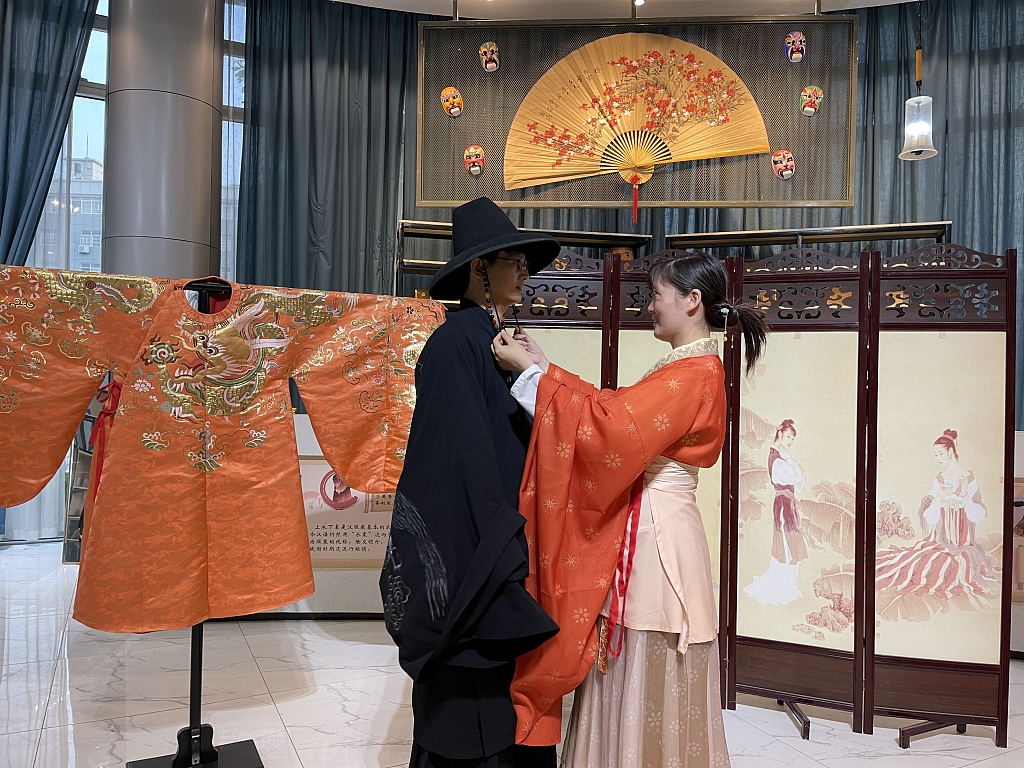 China has seen an increasing number of young Hanfu enthusiasts and burgeoning Hanfu market in the past years. Data from Guangzhou-based iiMedia Research showed that the country's Hanfu market sales rose from 190 million yuan ($29.7 million) in 2015 to 6.36 billion yuan in 2020. It is estimated that the market could reach 10 billion yuan this year.

Megacities of Hangzhou and Chengdu are famous for Hanfu production, but Caoxian, home to over 2,000 Hanfu-related enterprises, including 600 original Hanfu manufacturing companies, is not to be underestimated. With a complete industrial chain established in the county, its sales now account for one-third of the domestic Hanfu market.

Meanwhile, Caoxian joined the e-commerce sector from 2013, which has been a huge boost to the garment industry. Nowadays, Caoxian has over 18,000 stores on Taobao, China's major e-commerce platform, becoming the second largest Taobao village cluster in China after the city of Yiwu in east China's Zhejiang Province. This year from January to August, Caoxian's Hanfu sales reached 2.4 billion yuan, accounting for 10.48 percent of the county's e-commerce sales, Economic Daily reported. 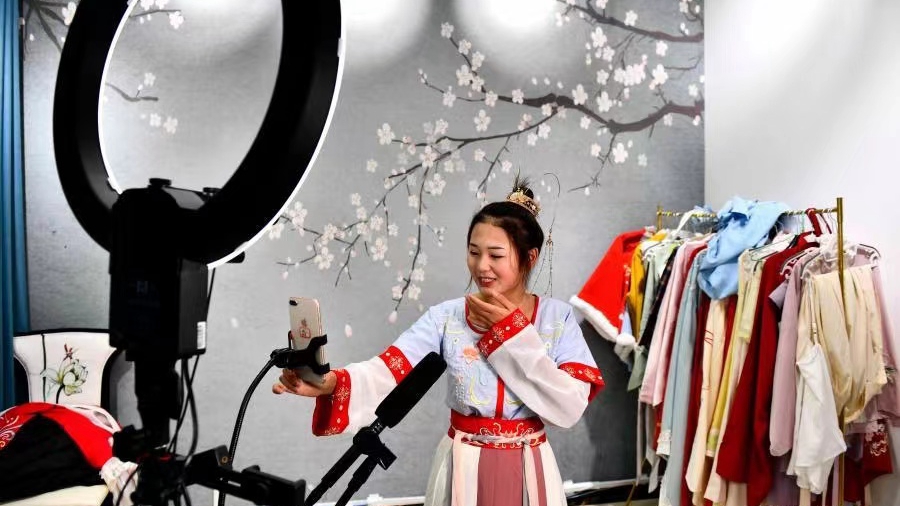 Liang Huimin, head of the local government, said the county is seeing more local people, who chose to work in big cities, come back and start businesses in their hometown. E-commerce has helped more than 20,000 local people escape poverty, and attracted 50,000 to return to the county, according to the local Qilu Evening News.

In addition to the domestic market, Caoxian has now entered overseas markets. During this year's "Double Eleven," China's largest online shopping spree, the overseas sales of Caoxian's Hanfu doubled that of last year, making it one of the top five fastest-growing industries that are sold abroad, according to Alibaba.