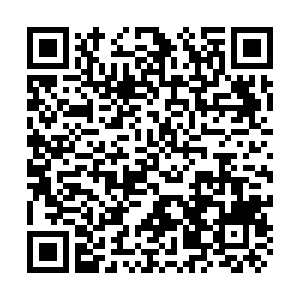 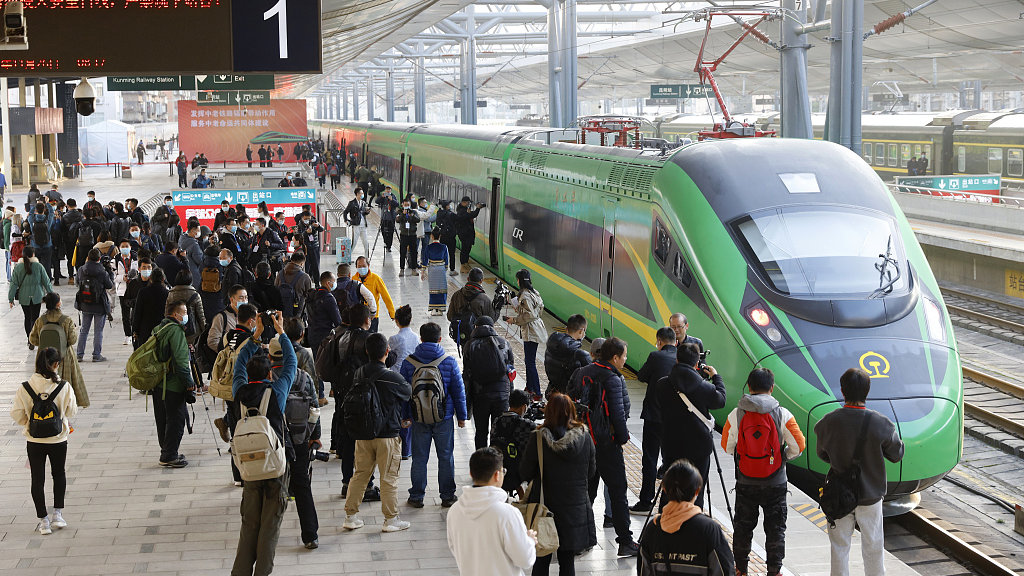 A trial run of the Chinese section of the China-Laos Railway starting from Kunming, southwest China's Yunnan Province, November 26, 2021. /CFP

A trial run of the Chinese section of the China-Laos Railway starting from Kunming, southwest China's Yunnan Province, November 26, 2021. /CFP

Stretching from Kunming in southwest China's Yunnan Province to the capital of Laos, Vientiane, the 1,000-plus-kilometer electrified passenger and cargo railway will open to traffic in early December.

With a designated speed of 160 kilometers per hour, the travel time from Vientiane to the China-Laos border will be shortened from two days to three hours, and the journey to Kunming can be done overnight, according to China's Xinhua News Agency.

The high-speed railway "could provide Laos with a land link to global and regional supply chains, which could make the country more attractive to investors, create new jobs, and accelerate economic growth," the World Bank said in a 2020 report on the railway's connectivity potential.

As part of the Belt and Road Initiative (BRI), the railway connects Laos with "not only China, but also the entire BRI network," according to the World Bank. It will benefit Laos "through spillover effects from investments in all other connected BRI corridors," the World Bank said.

Laos is surrounded by mountainous terrain and lacks seaports. Its trade routes were through a road and rail to Thailand and four roads to Vietnam, which were aging and time consuming, according to Tom Fowdy, a British political and international relations analyst.

"Hopefully, it will allow this land-locked country to become an exporting and manufacturing powerhouse," Fowdy wrote in an opinion article to China.org.cn.

He said it is expected to provide Laos with a gateway to the rest of China through Kunming, ensuring the land-locked country with access to a huge market beyond its traditional partners, as well as offering more opportunities for its goods to reach the rest of the world through China.

China has already been Laos' largest export destination and largest foreign investor, according to Xinhua. Laos has earned hundreds of millions of U.S. dollars through exports of copper ore, copper and copper products, as well as agricultural products to China every year.

The railway is expected to increase trade flows between China and Laos to 3.7 million tonnes by 2030, while the transit trade through Laos along the railway corridor could reach an estimated 3.9 million tonnes per year by 2030, according to the World Bank.

It could attract traffic that is currently using maritime and air transport routes and significantly reduce land transport costs by 40-50 percent between Vientiane and Kunming, with a reduction of about $30 per tonne, the World Bank said.

Tourism in Laos will be a big beneficiary as well, with hotels, guesthouses, restaurants and vehicle rental businesses expected to earn more, according to Daovone Phachanthavong, vice executive president of the Lao National Chamber of Commerce and Industry.

"The railway will help farmers, making it easier to deliver their produce, in both Laos and China," Phachanthavong was quoted by Xinhua. It is a long "road of dreams" for the Lao people, said Phachanthavong.

"It will make Laos more attractive to Chinese investors," said Phachanthavong, adding that more foreign capital will flow in to improve exchange rates and lower inflation so as to strengthening the Laos' economy.

Phachanthavong noted, "Transforming the country from a land-locked country into a land-linked hub is no small task. Demands of topography mean the railway comes at a much higher cost, and needs the most advanced technology available."

The railway is built with the full application of Chinese management and technical standards. The total investment of the railway project is $5.9 billion, 70 percent of which was invested by China, according to the World Bank.

The railway project has created over 110,000 local jobs, helped build nearly 2,000 kilometers of roads and canals, according to Chinese Ambassador to Laos Jiang Zaidong.