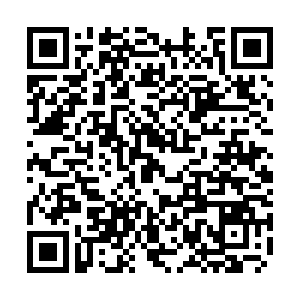 China welcomes the resumption of talks about the Iran nuclear deal and has made four proposals in the hope of pushing forward the negotiation process, Chinese Foreign Ministry spokesperson Wang Wenbin told reporters on Monday.

Talks between world powers and Iran on salvaging the 2015 nuclear deal will resume in Vienna on Monday after being called off for five months. At Monday's news briefing, Wang said the resumption of negotiations is likely to offer a political settlement to the Iran nuclear issue.

First, the U.S. is the initiator of the Iran nuclear crisis, Wang said, urging the U.S. to lift sanctions against Iran and third-party entities and individuals. On this basis, Iran should fully resume its nuclear commitments. Neither party should impose any other conditions for this, Wang said.

Second, all parties should respect each other's legitimate rights and concerns, Wang said, calling on relevant parties to uphold the principle of mutual respect and win-win cooperation so as to promote regional peace and stability.

The legitimate rights and interests of parties involved in economic and trade cooperation with Iran should be respected, added Wang.

Third, the spokesperson called for a pragmatic and flexible negotiation strategy and encouraged all parties to use their political wisdom and settle the issue through equal consultation.

China supports pushing forward the negotiation based on the previous consensuses, he noted.

Fourth, Wang stressed that all parties should stay committed to a political settlement of the issue, and stay restrained and rational to maintain the negotiation process.

China will continue practicing real multilateralism, play a constructive role in the next-stage negotiation and strive to pull the nuclear deal back to the right track, Wang said, adding that the country is ready to conduct constructive cooperation with all parties on the basis of mutual respect, mutual benefit and equality.

(Cover: Delegation members from the parties to the Iran nuclear deal – Germany, France, Britain, China, Russia and Iran – attend a meeting at the Grand Hotel of Vienna as they try to restore the deal, April 17, 2021. /CFP)