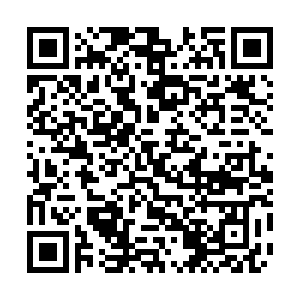 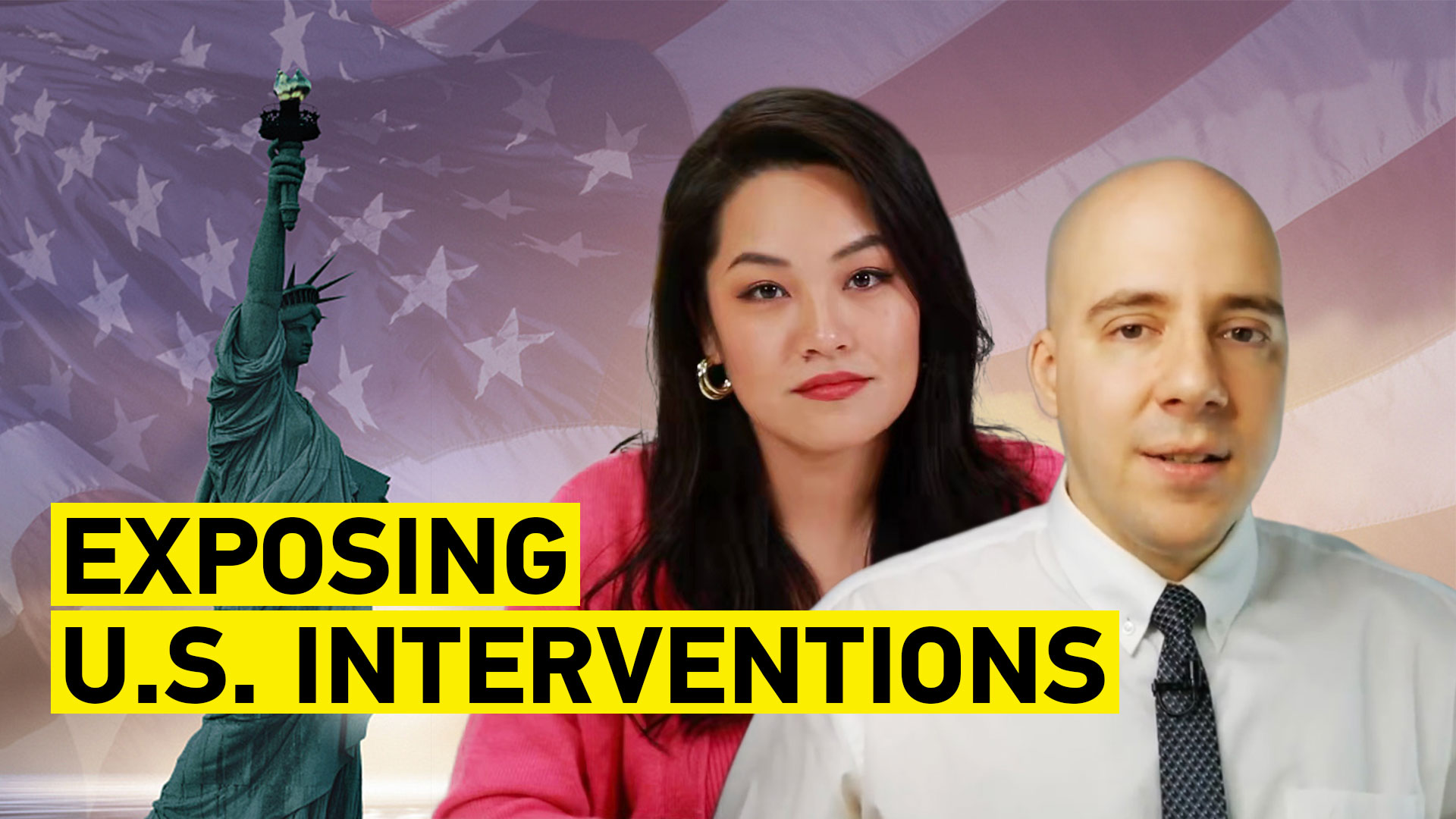 When Brian Berletic was first sent to serve for the U.S. Marine Corps based in Okinawa, Japan, and saw Japanese people protesting against their base's existence, he and his fellow marines couldn't be more confused: “Don't they know we are here to protect them?”

Yet after four years in the military witnessing the horrible attitude many marines had shown to the locals, including committing atrocious crimes towards them, Berletic gradually understood the resentment they had towards U.S. soldiers, and started to doubt the reasonable causes of the U.S. military bases in other parts of the world.

Having served in the U.S. Marine Corps at a young age, Berletic is now a geopolitical analyst who has been writing articles under the pen name Tony Cartalucci, exposing U.S.-backed opposition movements in Southeast Asia, on his website landdestroyer.blogspot.com and newatlas.report.com for over 10 years.

Last year, he decided to reveal his real identity, and went in front of the camera, making analysis videos exposing U.S. government-funded opposition movements across the world on his YouTube channel The New Atlas.

But, what made him transform from a person that serves the country to one that exposes its atrocities?

From serving U.S. govt to exposing its crimes

It wasn't until the September 11 attacks in 2001 and the Iraq War two years later that Berletic transformed from a patriot who was eager to serve his country at the frontline to a critic of belligerent U.S. foreign policies, especially after he read the Quran thoroughly and realized politicians and media were cherry-picking paragraphs from it to fool the public into believing “Islam was the source of terrorism” and justified their invasions.

“I did want to serve my country, but what you end up finding out is that you're actually not serving your country, you are serving a very small handful of special interests,” Berletic told CGTN. 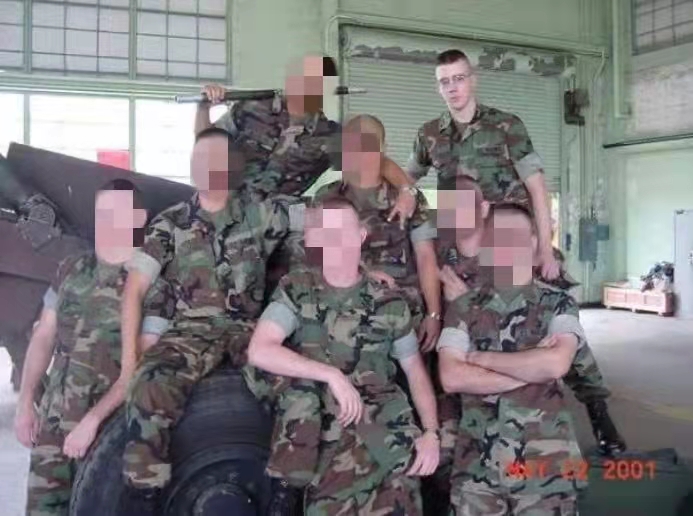 “These special interests do not care what is best for other people around the world and they also don't care what's in the best interests of the people in America,” he added.

Berletic moved to Singapore and then Thailand after he left the Marine Corps and has been settled in Bangkok for over 15 years now.

During that time living in Thailand, he witnessed many violent protests there, yet he found what had been portrayed in mainstream Western media to be far from the reality. Violent mobs were portrayed as pro-democracy heroes, yet the violence, and how unpopular these protestors were among the public, wasn't featured by Western media. So, he decided to cover the situation himself on his blogs.

He researched the link among all opposition movements from the violent mobs in Southeast Asia, in Hong Kong to those during Arab Spring, and he found out the same organizations that receive funding from the U.S. government were behind all these movements.

“They are all funded by the same handful of organizations," Berletic said, such as "The National Endowment for Democracy (NED), which the U.S itself admits this is what took over the CIA's responsibilities in regards to U.S sponsored regime change."

In 2018, Max Blumenthal from the independent investigative media The Grayzone also conducted research into this group's global destabilizing campaigns in his report “Inside America's Meddling Machine: NED, the US-Funded Org Interfering in Elections Across the Globe.”

When violent protests broke out in Hong Kong in 2019, he saw similarities with protests in Southeast Asia in terms of the techniques and equipment. He believed the protests in Thailand and Hong Kong were linked as the leaders of these oppositions movements all received funding from NED and they had met privately multiple times too. 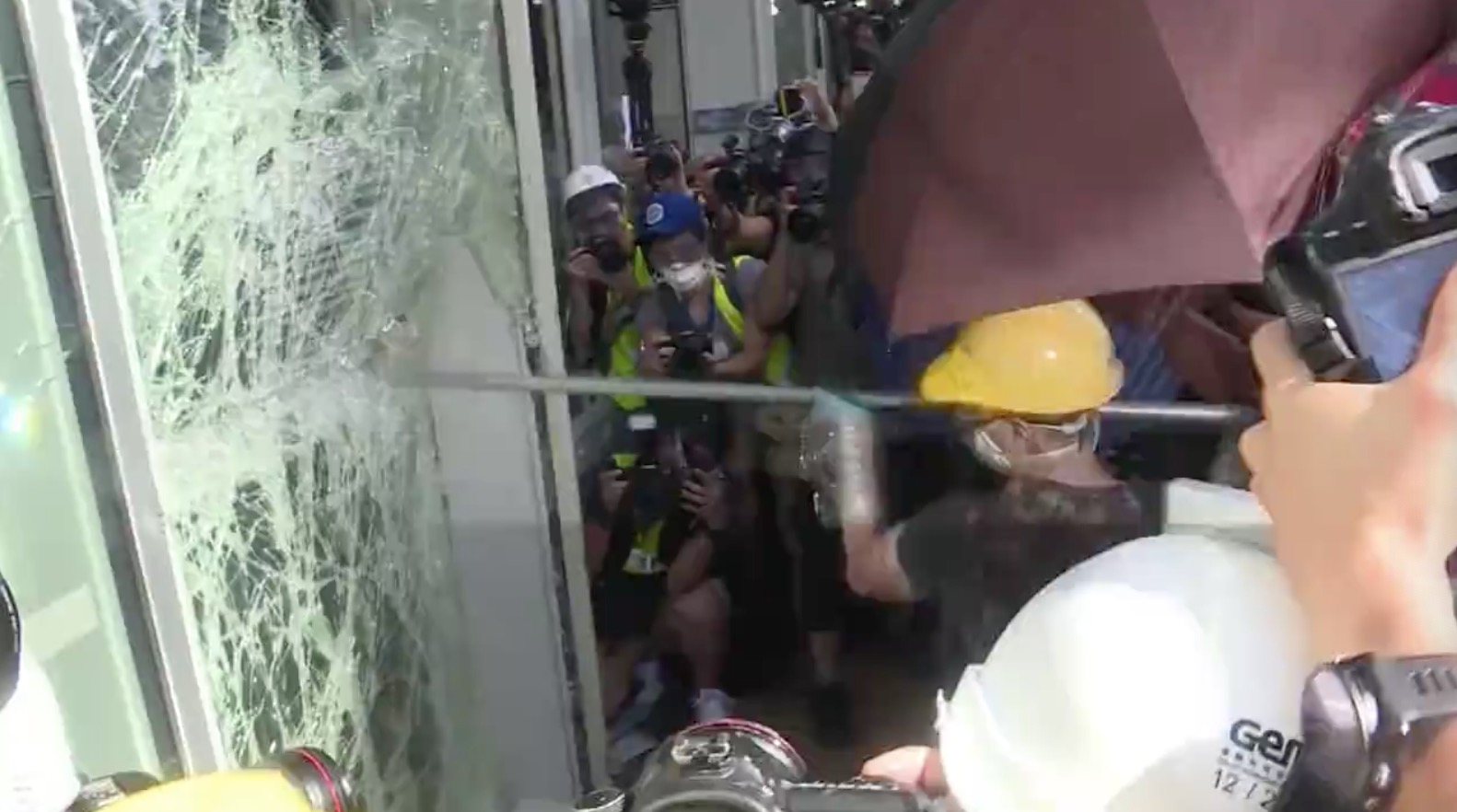 Protesters broke into the parliament building in Hong Kong in 2019. /AFP

Protesters broke into the parliament building in Hong Kong in 2019. /AFP

Not wanting to see his adopted home destroyed as the U.S. had done to countries like Syria, Libya and Venezuela, he continued to be a geopolitical analyst even though his true passion was working as an industrial designer, as he feels the voices that speak up for these regions are needed, even it means he is putting himself in danger.

“If you look at the State Department decades ago, they openly admit that the goal is to encircle and contain China, and Southeast Asia is one of the three fronts they're doing this along,” Berltic said. 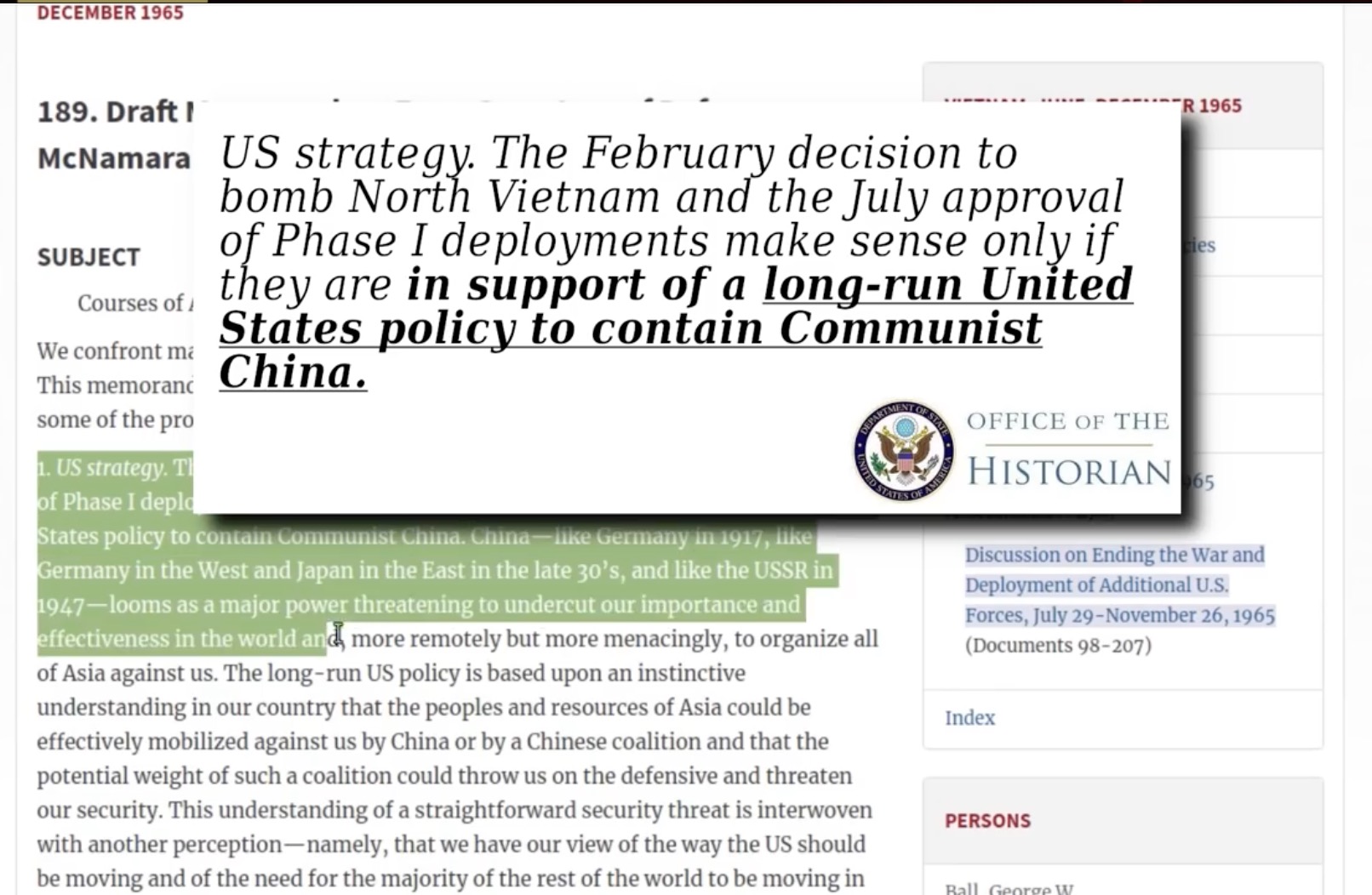 Using Xinjiang to destabilize China has long been planned

“America's 'Xinjiang game' is part of a larger, long-term goal of encircling, containing, and undermining China in a bid to maintain American hegemony across Asia,” Berletic wrote on his blog Land Destroyer under his pen name Tony Cartalucci back in 2015, long before Xinjiang became the focus of the anti-China propaganda in Western media.

After researching U.S.-backed subversion and separatism in other parts of the world, he saw the connections in what U.S. was trying to do in Xinjiang Uygur Autonomous Region in China as early as 2011 when terrorist attacks were still ravaging the region, and he predicted how the U.S. would use Xinjiang to attack China and its partners. 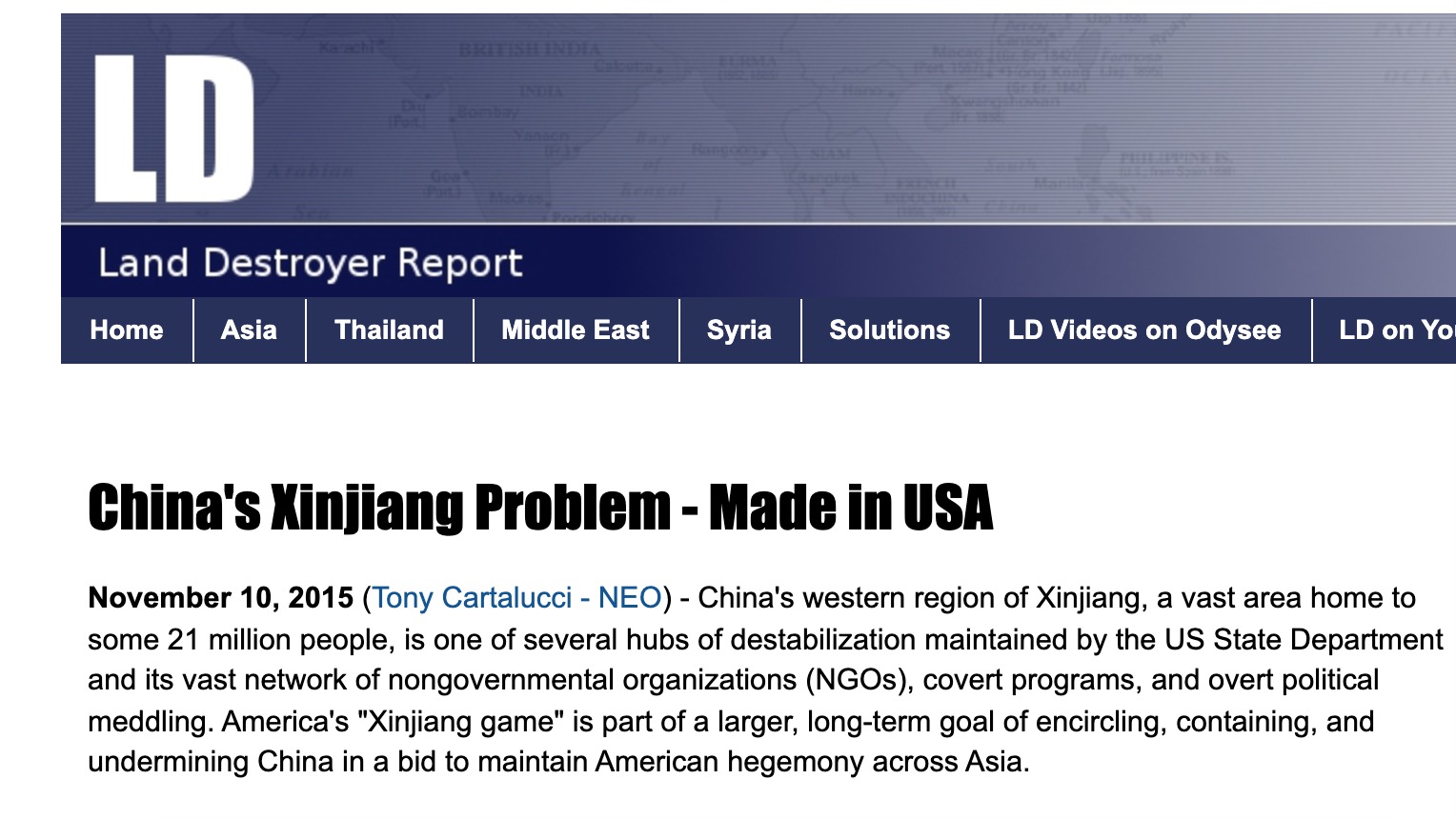 A screenshot of Brian Berletic's article written under his pen name Tony Cartalucci in 2015. /CGTN

A screenshot of Brian Berletic's article written under his pen name Tony Cartalucci in 2015. /CGTN

“I think it's important for people to realize how powerful and dangerous this anti-China propaganda is, it's hard to gauge how many kids are sitting at home on social media, their minds are being poisoned by all these lies,” Berletic said.

“When you realized how important China is to the entire region economically, culturally, historically, poisoning this is like turning children against their parents or cousins against one another."