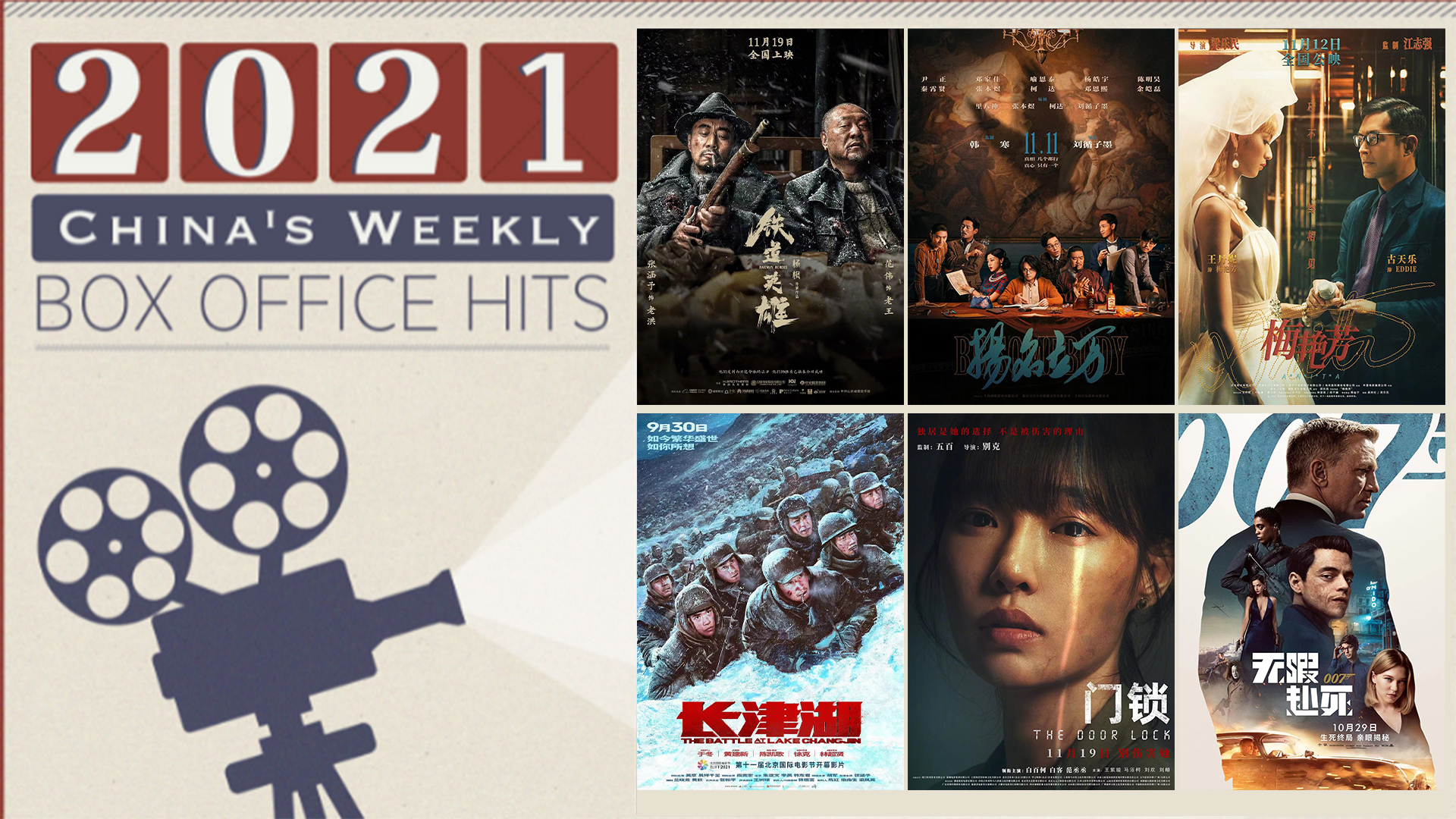 Domestic comedy thriller "Be Somebody" has remained on top of the Chinese mainland box office for a third consecutive week, according to data from the China Movie Data Information Network.

Raking in 217.8 million yuan ($34.2 million) in the past week, the film tells the story of a group of filmmakers who gather to plan a new movie about a notorious criminal case.

Domestic suspense film "The Door Lock," which focuses on the safety problems of women living alone in big cities, was in second place with 73.6 million yuan for the week.

"The Door Lock" was followed by Chinese war film "Railway Heroes," which grossed 48.2 million yuan on the 47th week of the year. 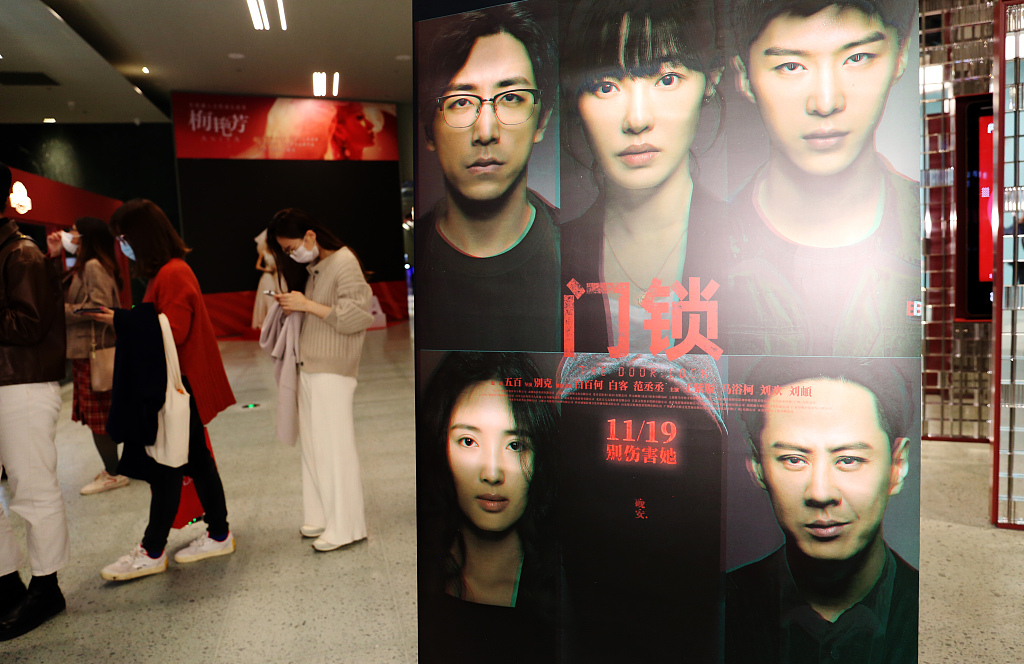 The poster for Chinese film "The Door Lock" in a theater in Shanghai. /CFP

The poster for Chinese film "The Door Lock" in a theater in Shanghai. /CFP

"The Door Lock," adapted from the South Korean film with the same name, has received mixed reviews. It was highly anticipated before release, as it focuses on the hot topic of women's safety and stars actress Bai Baihe, who is known for her popular chick flicks.

The film depicts Fang Hui, a single woman who lives alone in a big city, discovering a stranger violently tugging at her door and trying to break in. She becomes suspicious of potential perpetrators around her, causing her mental state to deteriorate. Many female viewers said the film resonated with them as they have experienced similar things in their lives.

Fact-based American movie "The Banker" met with Chinese audiences on November 26 and received good reviews, it has grossed around 13 million yuan since release and rated 7.4 out of 10 on Douban, one of Chinese leading film rating website.