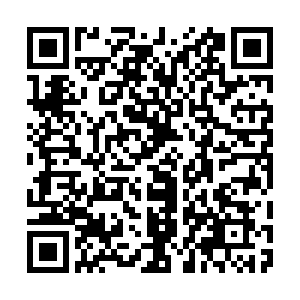 Russian President Vladimir Putin on Tuesday said the expansion of NATO military infrastructure in Ukraine was a red line he hoped would not be crossed, and voiced concern about military drills being held near Russia's borders.

Speaking at the VTB Capital Investment Forum "Russia Calling!" in Moscow, Putin also said Russia was also developing a new hypersonic missile that would soon be in its arsenal.

Earlier, the United States and Britain warned Russia over any new military aggression against Ukraine as NATO met to discuss the intentions behind Moscow's massing of troops on the border with the former Soviet republic.

Disagree with the 'China threat theory'

Putin also voiced disagreement with the so-called "China threat theory," saying that people who have been spreading the theory have now changed their policies toward China.

He added that their views about China are not only self-contradictory, but could even be against international law. While mentioning the coalition formed by the U.S., UK and Australia in an attempt to contain China, Putin said that such cliques could only make the issue more complicated.

Russia has always put mutual respect of each other's interests as a precondition for developing bilateral ties with a country, the Russian president said. China has won Russia's respect for that. He also expressed his satisfaction with the China-Russia relations, saying that he hopes the two sides could deepen their cooperation for the benefit of the people of both countries.

The cooperation between the two countries has already become an important force to maintain peace and stability of the world.

Russia suffered its deadliest month for COVID-19 in October, before the emergence of the new Omicron strain, and was forced to impose a week-long nationwide workplace shutdown at the start of November.

Putin has ordered the government to prepare an action plan within the next week to fight the Omicron variant of the coronavirus. He said it was important to maintain supplies of drugs, oxygen and hospital beds.

"First of all, it is necessary to constantly monitor the effectiveness of tests and vaccines, to use clear algorithms to reduce the spread of infection," he told the investment forum.