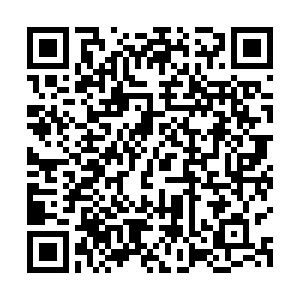 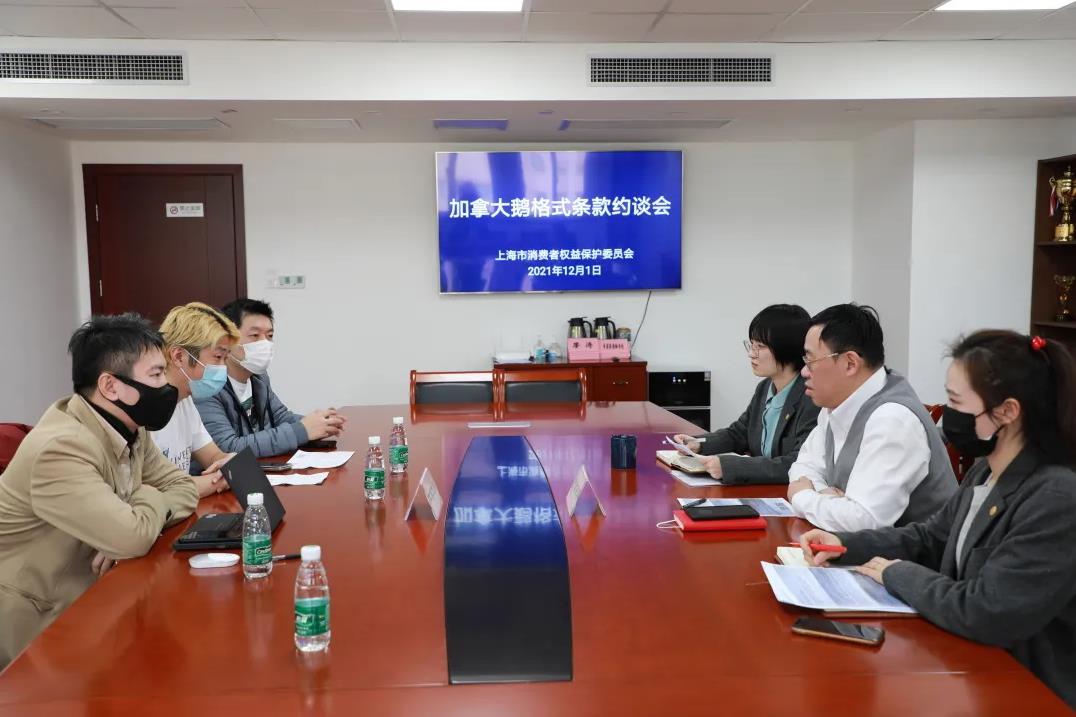 A non-governmental consumer group in Shanghai requested high-end parka maker Canada Goose to explain its seemingly illegal no-refund policy in the Chinese mainland, after a local woman's experience with the company back in late October ignited online rage.

"After the talk, we found that representatives from Canada Goose didn't know the exact meaning of their own refund policy," the Shanghai Consumer Council said in a public WeChat post on Wednesday. "They didn't know if the company's policy in China is different from that in other countries."

The council requested the company to submit a document explaining the policy before Thursday noon, giving the staff only one day to prepare.

'Even the company logo was wrong'

The entire incident started after a local Shanghai woman bought a 9512M parka from a Canada Goose store in the city on October 27.

She paid 11,400 yuan (nearly $1,800) for the parka, only to find after going home that there's an extra red line on the front-side logo, according to a local media report. 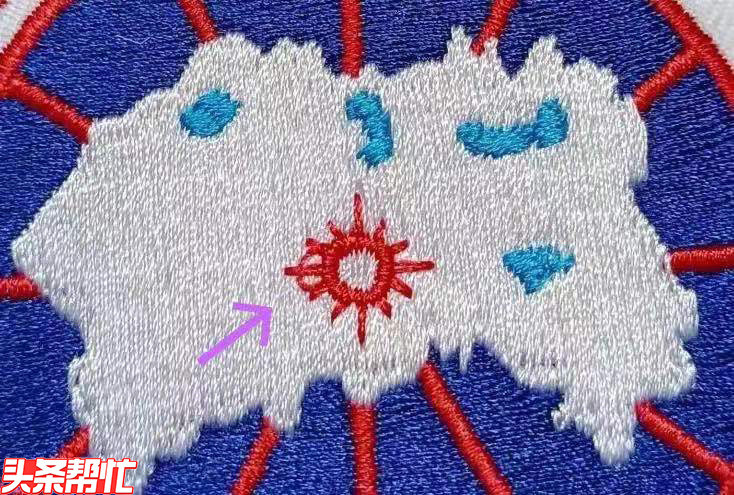 A curved red line can be seen on the front logo of the parka in question. /Shanghai Morning Post

A curved red line can be seen on the front logo of the parka in question. /Shanghai Morning Post

Some parts of the inside of the parka were not properly sealed, with threads scattered around. 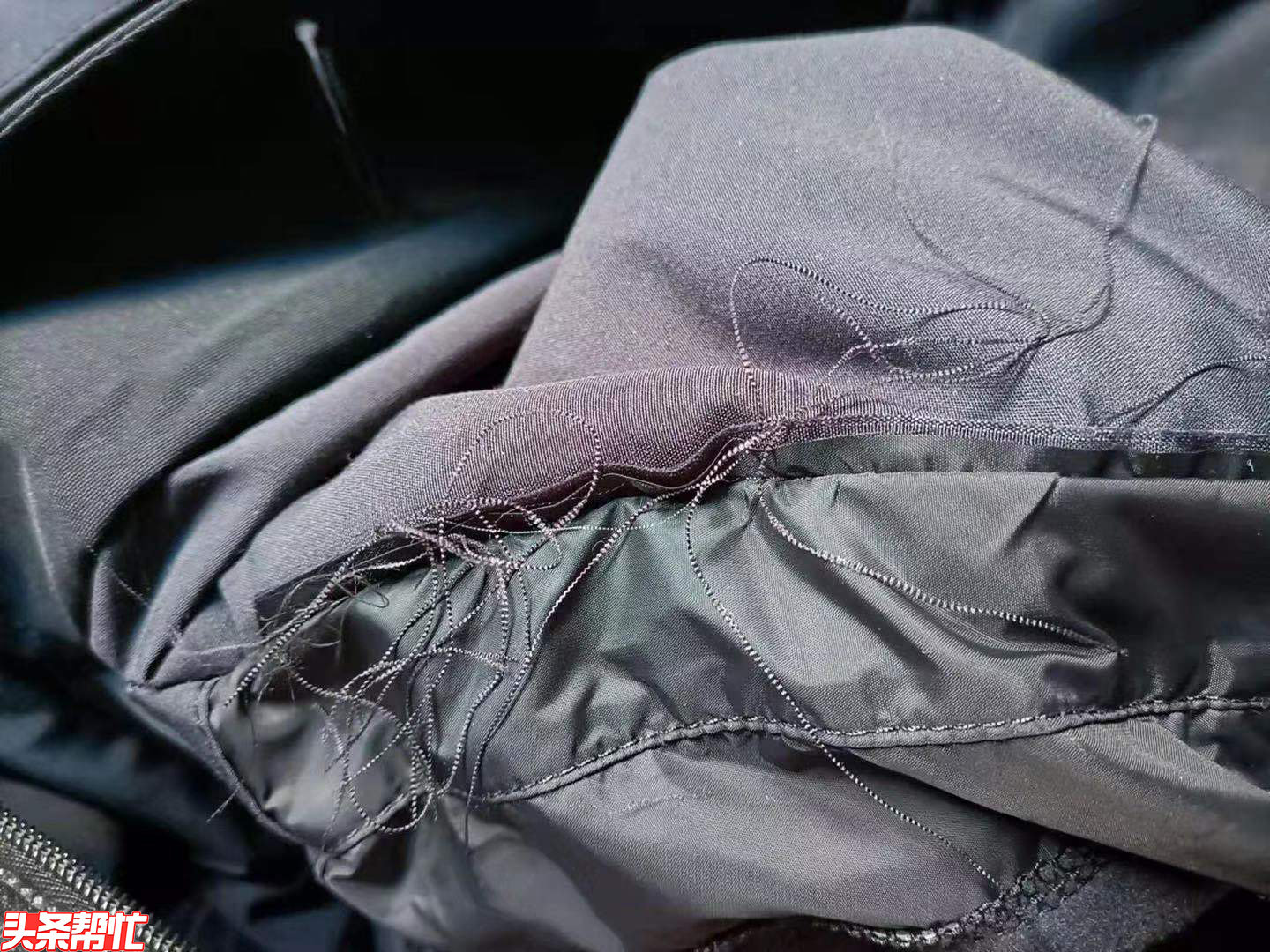 Threads are scattered on the inside of the parka. /Shanghai Morning Post

Threads are scattered on the inside of the parka. /Shanghai Morning Post

"After swiping my credit card, a staff member asked me to sign an 'exchange policy,'" the woman, surnamed Jia, told local newspaper Shanghai Morning Post. "Otherwise they wouldn't let me leave with the parka."

In a photo posted by the newspaper on Tuesday, the policy reads: "Unless otherwise provided by applicable laws, all products sold at Canada Goose's retail store in China mainland are strictly non-refundable." 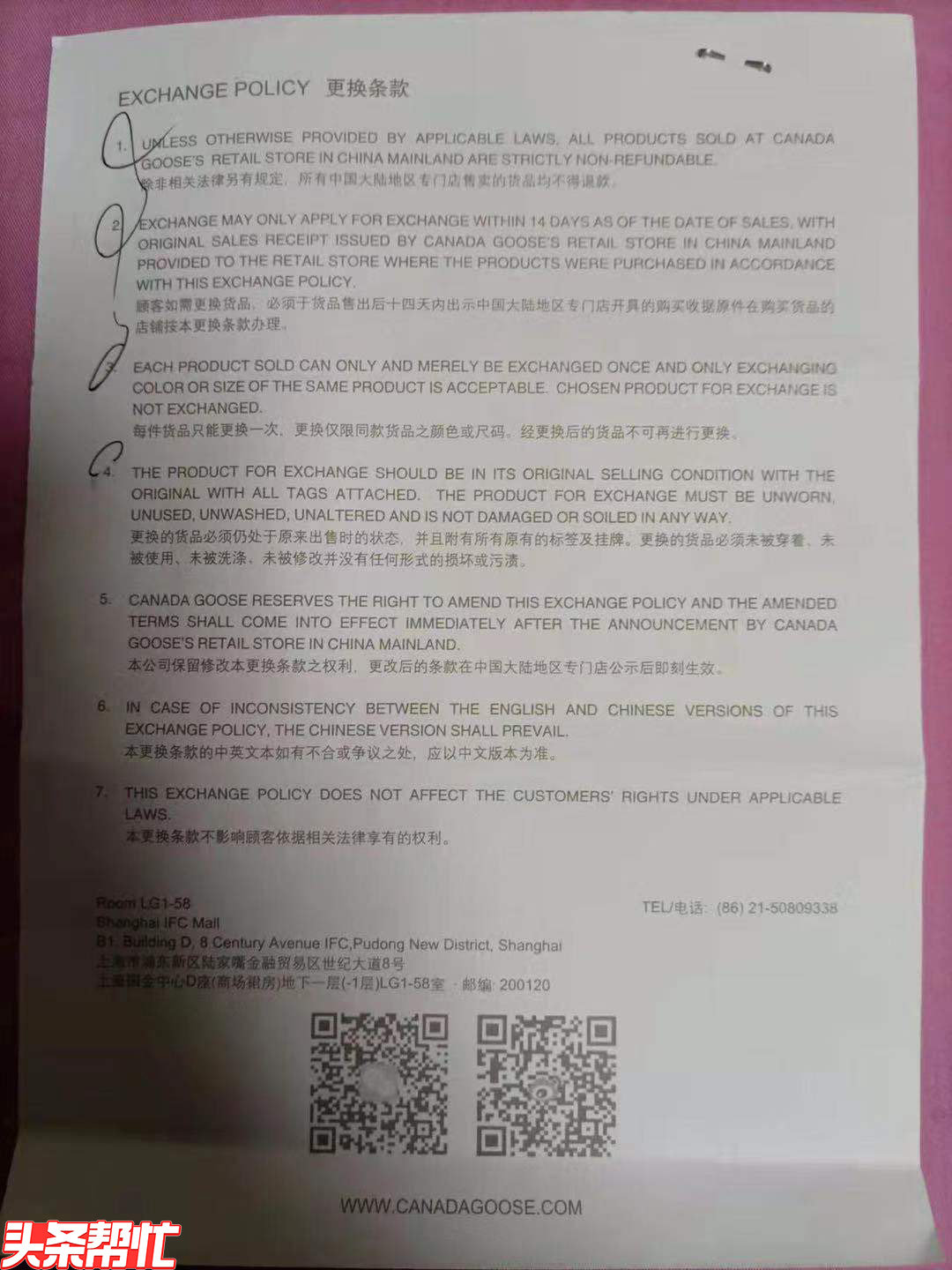 Jia told the newspaper that she tried to complain to the store, the company's China branch and even the English language customer care service of Canada Goose's headquarters. But none of the channels worked after a month of complaining.

As of 18:30 Beijing Time on Wednesday, the Weibo post from Shanghai Morning Post has earned more than 6 million views and 15,000 comments, most of which expressed anger against the Canadian company.

30-day refund promise not for China

As the newspaper report became the most-searched term on Weibo on Tuesday, more media outlets in China paid close attention to the matter.

Staff told the newspaper that the refund cannot be processed because the consumers have checked the clothes in person. They can only offer a one-time exchange within two weeks of purchase, which is a "China-wide clause."

But products sold from online stores can be refunded within a week of purchase.

On the "return policy" page of Canada Goose's China website, it is stated that "complimentary return labels are available within 30 days of your purchase date" if the product is unwashed, unworn, in the original packaging and with original tags still attached.

But company representatives told the Shanghai Consumer Council that the policy actually doesn't apply to the Chinese mainland.

Shanghai Morning Post said in a later report that many people online are questioning if Canada Goose is practicing a double standard and discriminating against its Chinese buyers.

Not long before talking with the Shanghai Consumer Council, Canada Goose's Chinese branch posted a statement on Weibo clarifying their refund policy.

The statement denied the words of the store's staff member to The Beijing News, calling the no-refund policy a rumor.

And the "strictly non-refundable" policy signed by Jia actually means "if the law allows, all products sold in the Chinese mainland can be refunded," which seems completely contradictory to the original paper.

An opinion piece published by China National Radio said many foreign brands are being arrogant toward their customers in China.

The company's Chinese branch was fined 450,000 yuan (about $71,000) by market regulators for lying in advertisements.

Canada Goose's official store on Taobao was visited more than 181 million times in 2020, generating a revenue of 167 million yuan (about $22 million).