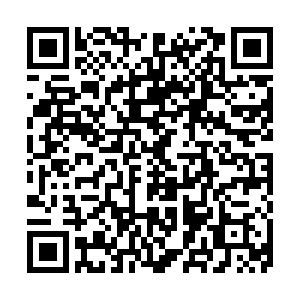 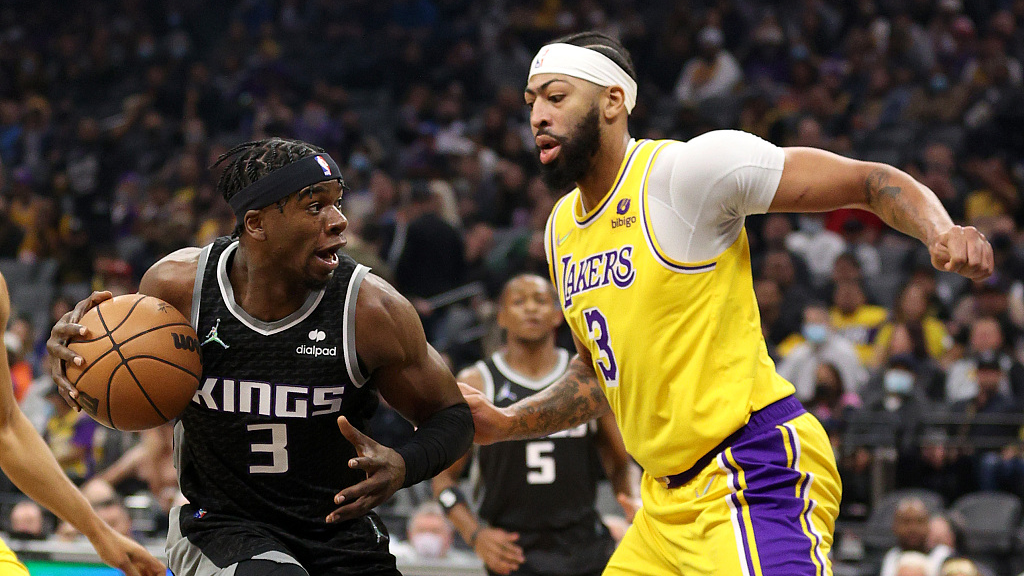 Terence Davis of the Sacrament Kings (left) and Anthony Davis of the Los Angeles Lakers in action during an NBA game in Sacramento, U.S., November 30, 2021. /CFP

Terence Davis of the Sacrament Kings (left) and Anthony Davis of the Los Angeles Lakers in action during an NBA game in Sacramento, U.S., November 30, 2021. /CFP

The Lakers sent James home earlier in the day after he was placed in the NBA's health and safety protocol. Davis said James told him he felt good and was asymptomatic, but the Lakers will have to play at least a few games without him.

Westbrook scored 11 points and Davis had eight during the stretch, including back-to-back baskets that gave Los Angeles the lead for good.

Sacramento missed 17 of 18 shots from the field during a stretch that lasted into the fourth quarter. The Kings fell to 2-3 under interim coach Alvin Gentry.

Elsewhere, the Phoenix Suns tied a franchise record of 17 straight wins by beating the Golden State Warriors 104-96 in an early showdown between the NBA's top teams.

The Suns won despite losing star guard Devin Booker to a left hamstring injury in the second quarter. He had 10 points and two rebounds in 15 minutes.

Even without Booker, the Suns led 56-54 at halftime and 80-78 going into the fourth quarter. The game stayed tight, and neither team led by double digits until Landry Shamet knocked down a 3-pointer – on an assist by Paul – with 54.4 seconds left.

The only other time Phoenix has won 17 straight games was during the 2006-07 season. They'll go for their franchise record 18th win against the Pistons on Thursday.