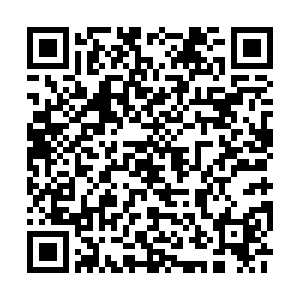 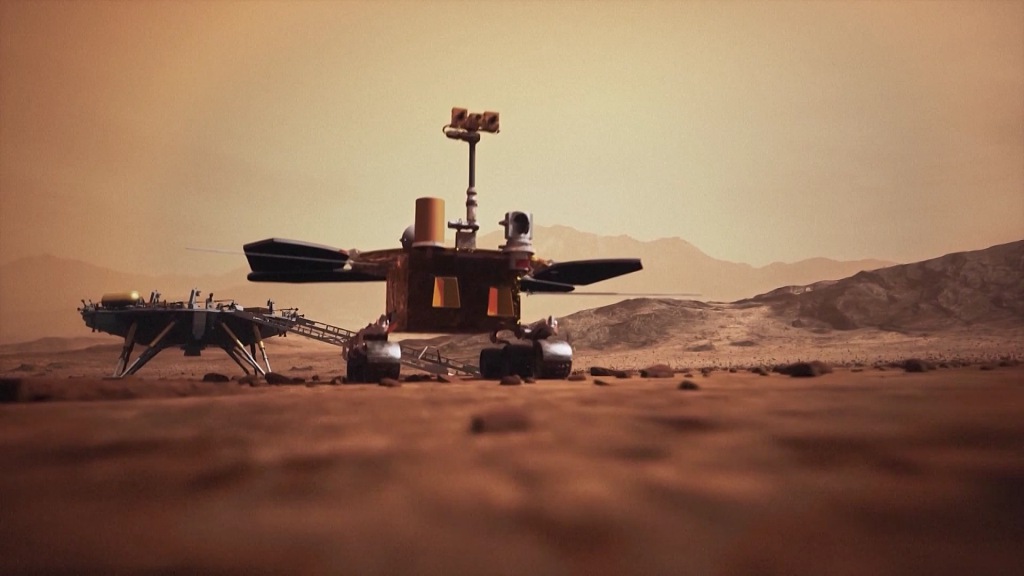 An illustration of China's Mars rover Zhurong working on the Martian surface. /CFP

An illustration of China's Mars rover Zhurong working on the Martian surface. /CFP 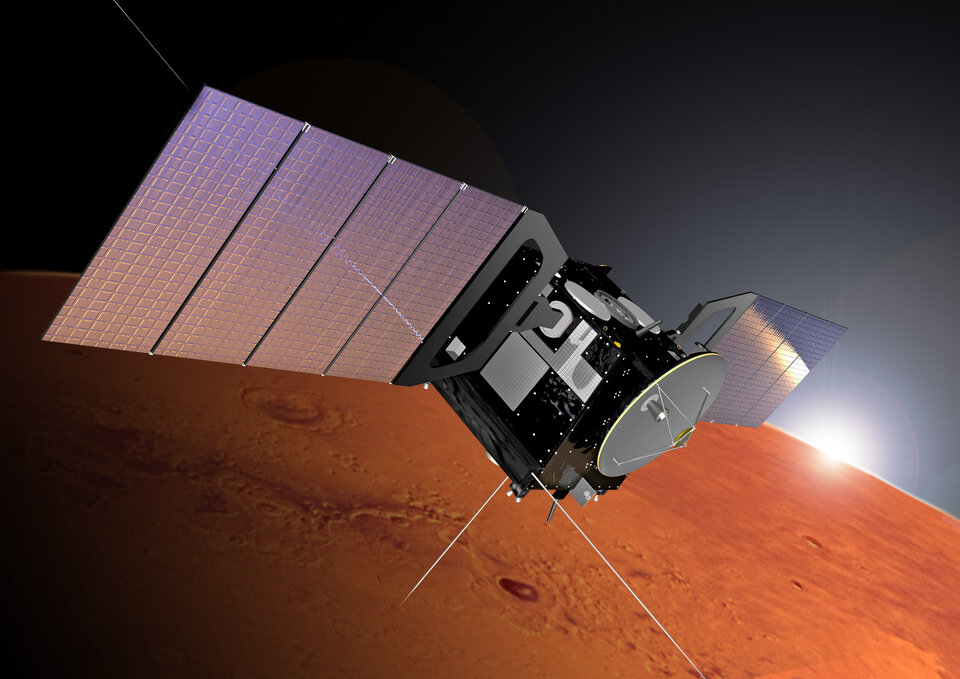 Mars Express received the data and forwarded it to the ESA's deep space tracking station, which in turn sent it to the European Space Operations Center, and the ESOC then forwarded the data to the Beijing Aerospace Control Center.

Data analysis results showed that the relay communication equipment interfaces of Zhurong and Mars Express matched and conformed to international standards, and the contents of the transmitted data were complete and correct, the CNSA said.

The Tianwen-1 team and the Mars Express team plan to undertake further cooperation in scientific data relay communication, according to the CNSA.