Download
Amid the ruins of Syria's Yarmouk Camp, residents struggle to put their lives back together
Zahraa Alderzi 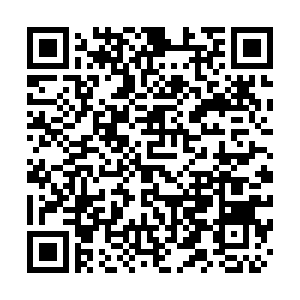 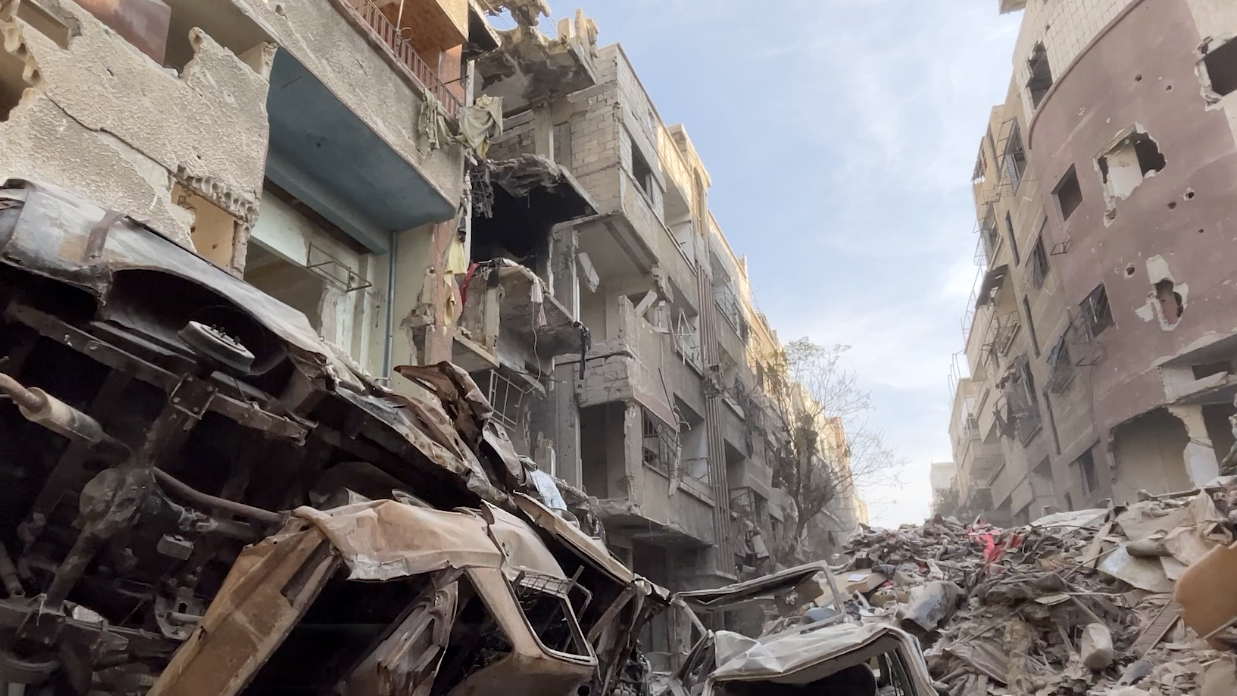 Many of the residents of Yarmouk Camp in Syria's Damascus returned to their devastated homes after years of displacement due to the 2012-2018 armed conflict. The rebels controlled the camp till 2015 and ISIS terrorists took over till 2018, when an evacuation agreement ended the bloodshed in the area.

Six years were enough to turn the wide space of the camp established in 1957 to accommodate Palestinians who fled their country, into rubble.

"They took us back to the era of decadence," said Turkieh Salameh, who decided not to leave her home to stay and to safeguard it from militants. 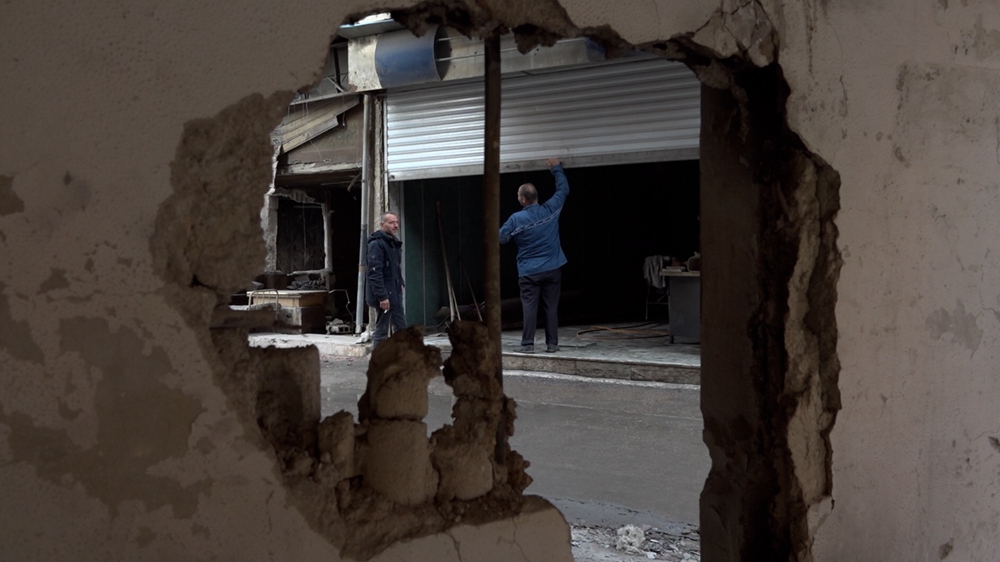 Some returnees and residents are seeking to restore their businesses in Yarmouk Camp in Damascus, Syria. /CGTN

Some returnees and residents are seeking to restore their businesses in Yarmouk Camp in Damascus, Syria. /CGTN

Salameh said residents were deprived of essential services like electricity and communications during the years of conflict. "We used firewood to cook and heat," she continued.

She took care of the alley in front of her home and put out some ornamental plants in an attempt to counter the surrounding scenes of destruction.

Rubble inside the tight alleys of the camp is evidence of the scars of war which put an an end to the noisy streets and crowded public markets and shops that existed before the civil war erupted in March 2011. 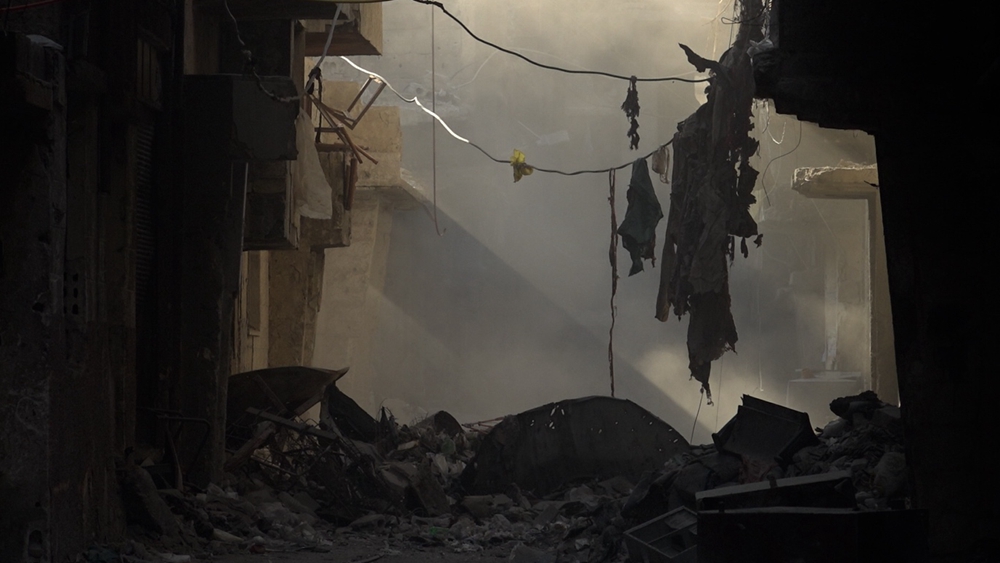 A photo shows rubble being gathered in one of the streets in Yarmouk Camp in Damascus, Syria. /CGTN

A photo shows rubble being gathered in one of the streets in Yarmouk Camp in Damascus, Syria. /CGTN

The camp was also the destination of university students and workers from across Syria and served as a safe, affordable place of abode.

Amjad Amayri is one of the returnees to the camp. He lived during the last few years in a Damascus suburb. He and his family returned following the liberation of al-Mokhayam aka (camp), he told CGTN.

The situation is better than when they first returned, but life remains hard, he said. He hopes that improvements will result from local organizations and government cleaning up the rubble and providing essential services such as water and electricity, despite the power crisis in the country.

Amid a hike in prices of construction materials, many returnees fixed their homes the best they could as renting nowadays costs a fortune. 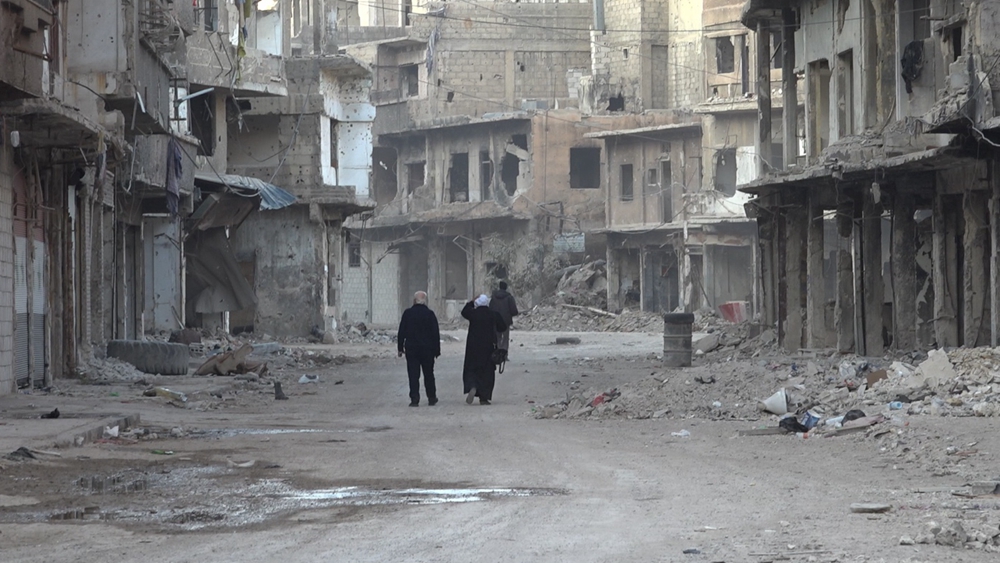 One of the main streets in Yarmouk Camp, which housed a public market, in Damascus, Syria. /CGTN

One of the main streets in Yarmouk Camp, which housed a public market, in Damascus, Syria. /CGTN

"It was a very hard situation when we returned, there was no water, we managed ourselves with the lack of electricity," said Mahmoud Abu Hashish, whose family was displaced in 2011.

He fixed his house according to his available resources and in a manner that he and his family could adapt and survive.

In September, Syrian President Bashar al-Assad issued a decision allowing the residents of Yarmouk Camp to enter the area without permission, which was needed before for security reasons.

Official statistics showed the camp's population of Palestinians and Syrians reached a peak in 2010 of more than 350,000 people in an area of 2.11 square kilometers.