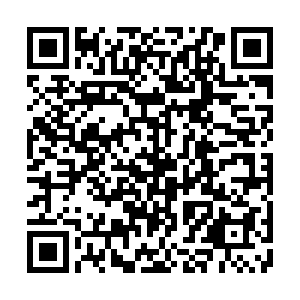 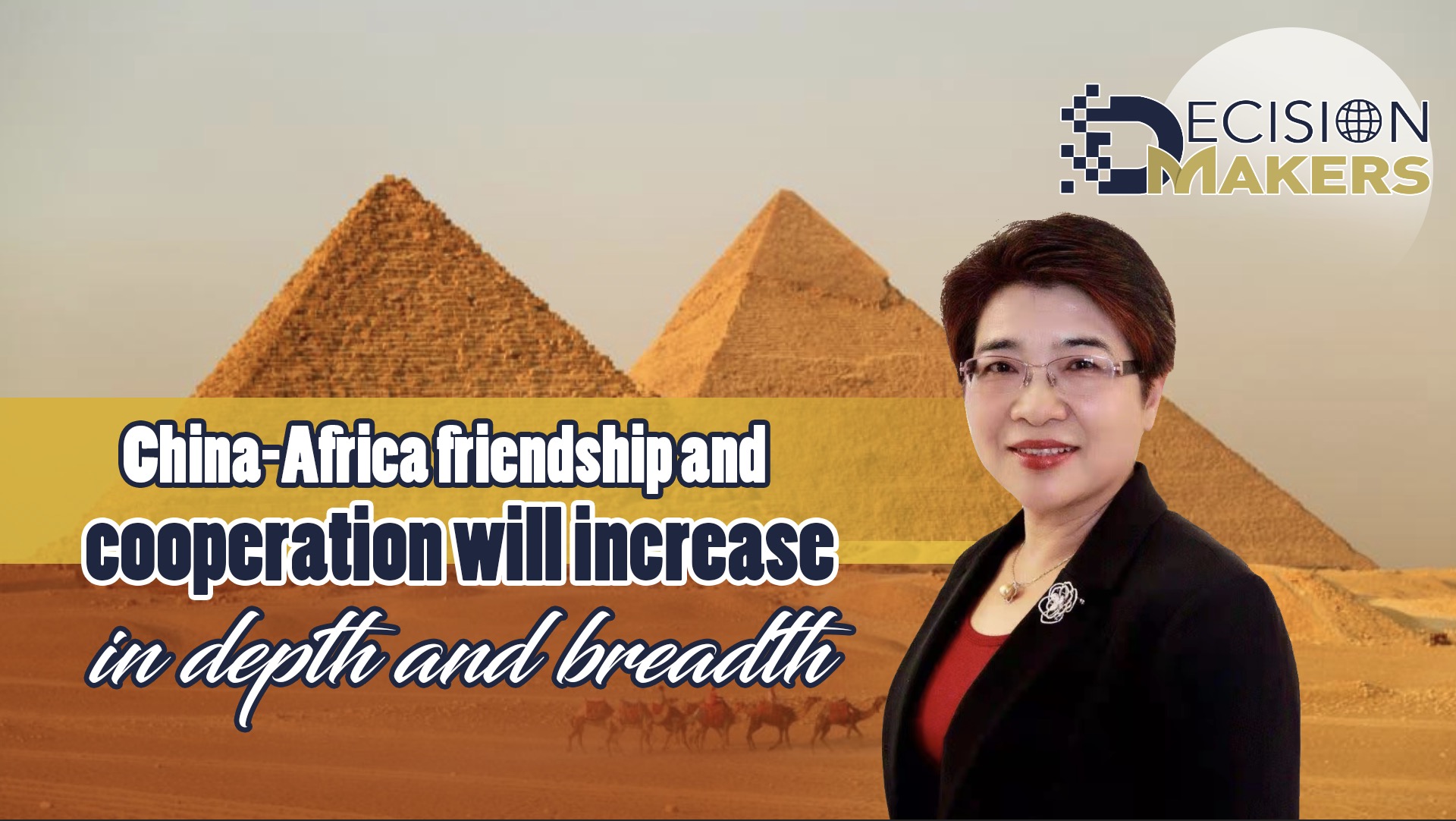 Editor's note: Decision Makers is a global platform for decision makers to share their insights on events shaping today's world. Xu Jinghu is a special representative of the Chinese government on African affairs. The article reflects the author's opinions and not necessarily the views of CGTN.

From November 29 to 30, the 8th Ministerial Conference of the Forum on China-Africa Cooperation (FOCAC) was held in Dakar, capital of Senegal, which serves the presidency of this year's FOCAC. As many as 53 African countries and representatives of the African Union Commission attended the conference. Chinese President Xi Jinping took part in the opening ceremony via video link and delivered an important keynote speech. It was a grand gathering of the China-Africa "family members," held on schedule by overcoming enormous challenges since the outbreak of COVID-19. The conference was a complete success, with the adoption of four outcome documents, including the Dakar Declaration and the Dakar Action Plan (2022-2024).

One spirit: China-Africa friendship and cooperation

On the nation-building journey, China has always treated Africa with sincerity and equality, with a strong commitment to sharing development experiences and opportunities with Africa without reservation. Both sides have carried out mutually beneficial cooperation based on the principles of mutual understanding and accommodation, joint contribution and shared benefits.

As a result, China and Africa have blazed a distinctive trail of win-win cooperation, setting a shining example of South-South cooperation. In international affairs, China and Africa have worked together to uphold multilateralism, support each other on issues involving each other's core interests and major concerns, and firmly safeguard the common interests of developing countries.

President Xi Jinping summarized the "spirit of China-Africa friendship and cooperation" in the 65-year history of China-Africa relations as "sincere friendship, equal treatment, mutual benefit, common development, fairness and justice, progress with the times, openness and inclusiveness." China and Africa will continue to carry forward this spirit and pass it on.

One banner: Forum on China-Africa Cooperation

Established in 2000, the FOCAC is the first institutionalized dialogue platform jointly created by China and developing countries and the first cooperation mechanism established by China with a large continent. The FOCAC is convened at the ministerial level every three years and can be upgraded according to the wishes and needs of both sides. So far, three summits have been held. At each forum, an action plan covering various fields for the next three years was issued and put into practice, driving the development of China-Africa relations by leaps and bounds. 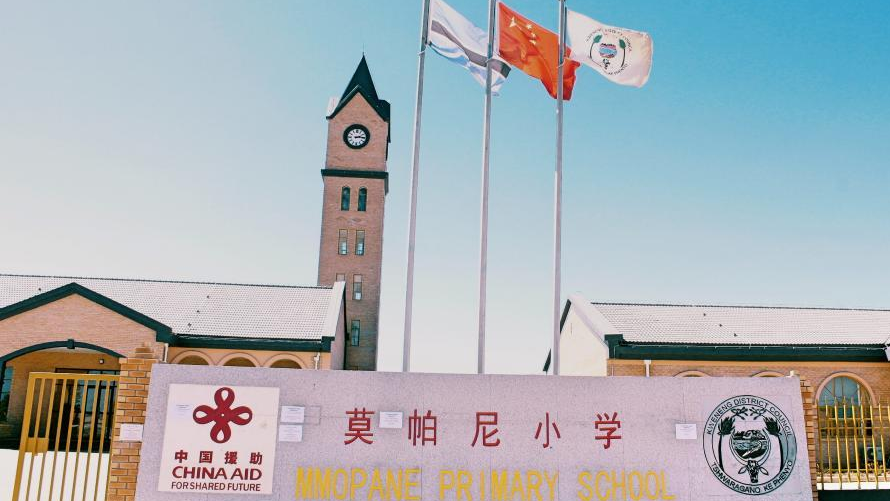 China-Africa relations have evolved from a new type of partnership in 2000 to a new kind of strategic partnership in 2006 and were further upgraded to a comprehensive strategic partnership in 2015, reaching a high watermark in history. After 21 years of development, the forum has become an important platform for dialogue and an effective mechanism for practical cooperation between China and Africa. It's like a banner leading the development of China-Africa relations. In the past 21 years, China's trade with Africa has increased by 20 times. China has been Africa's largest trading partner for 12 consecutive years, with China-Africa trade accounting for more than 20 percent of Africa's total foreign trade. China's existing direct investment in Africa has increased by nearly 100 times. Chinese enterprises have created more than 4.5 million jobs for African countries.

The forum has led the international community to pay more attention to Africa and increase investment in it. It's also like a banner leading international cooperation with Africa. Since the beginning of this year, China and Africa have jointly launched the Initiative on Partnership for Africa's Development, jointly formulated the China-Africa Partnership Plan on Digital Innovation, and released the first white paper on China-Africa cooperation in the new era.

One goal: Building China-Africa community with a shared future

In 2013, President Xi Jinping chose to visit Africa for his first overseas trip after assuming the presidency. During his visit, he pointed out that China and Africa have always been a community with a shared future. Similar historical experiences, development tasks and strategic interests have bound China and Africa together. During the 2018 Beijing Summit of the Forum on China-Africa Cooperation, both sides agreed to work together to build a closer China-Africa community with a shared future.

In the face of the pandemic and changes unseen in a century, standing at the crossroads of history, President Xi Jinping further proposed to build a China-Africa community with a shared future in the new era at the forum in Dakar. This series of innovative proposals shows that the building of a China-Africa community with a shared future has been gaining momentum. Both sides are increasingly aware of its significance and its ever more diverse meanings.

China and Africa share a common future. These words are never empty talk. Instead, they're reflected in actual actions. The solidarity between China and Africa in fighting the pandemic is an excellent example. When the pandemic first broke out in China, all African countries having diplomatic ties with China and the African Union Commission expressed solidarity and support to the Chinese people through various means. After the COVID-19 outbreak in Africa, China has never stopped supporting Africa in its fight against the pandemic. China has sent multiple batches of medical supplies and groups of medical experts to Africa. China also provided a large number of vaccines to help Africa build lines of defense against the virus.

During the Dakar Conference, President Xi Jinping announced that China would provide another 1 billion doses of vaccines to Africa. This is the largest vaccine aid program to Africa undertaken by a single country since the pandemic began. It will surely provide confidence and impetus for Africa to eventually defeat the disease.

No matter how things change in the international landscape, no matter what difficulties and obstacles lie ahead, China and Africa will always be good brothers, good friends and good comrades-in-arms sharing weal and woe. I am convinced that under the spirit of China-Africa friendship and cooperation, both sides will stride forward hand in hand and shoulder to shoulder towards the goal of building a China-Africa community with a shared future in the new era. China-Africa friendship and cooperation will increase in both depth and breadth.