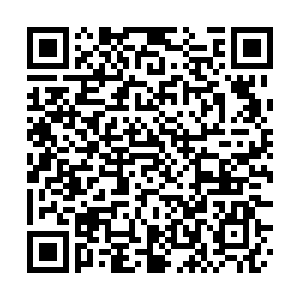 The resolution, titled "Building a peaceful and better world through sport and the Olympic ideal," was adopted by consensus and co-sponsored by 173 member states.

It calls for observing the tradition of the Olympic Truce, from seven days before the Beijing 2022 Olympics begin on February 4, 2022 until seven days after the Paralympic Games end on March 13.

The adoption of the resolution is a recognition of the role of sport in building a global capacity to respond to the impact of COVID-19, an opportunity to demonstrate the value of human solidarity, resilience and international cooperation, and a demonstration of countries' support for the Beijing Winter Olympics and the International Olympic Movement, Chinese Foreign Ministry spokesperson Zhao Lijian said on Friday.

It also expresses "the expectation that the Olympic Winter Games Beijing 2022 will be a meaningful opportunity to harness the power of sport to advance the world by fostering an atmosphere of peace, development, resilience, tolerance and understanding, and welcoming all the delegations of National Olympic and Paralympic Committees to participate in the Games."

"This is a great recognition of the mission of the Olympic and Paralympic Games to unite the best athletes of the world in peaceful competition, and standing above any political dispute," IOC President Thomas Bach said.

The Olympic Truce has a 3,000 year-old history, dating from when the Ancient Greeks established the "ekecheiria" – a sacred truce – to allow the participation in the Olympic Games of all athletes and spectators from Greek city-states, which were otherwise almost constantly engaged in conflict with one other.

In December 2019, the UNGA had also adopted a resolution calling for the implementation of the Olympic Truce for the Tokyo 2020 Games held this summer.