Download
Three months after the Taliban's takeover, has anything changed for displaced Afghans?
CGTN 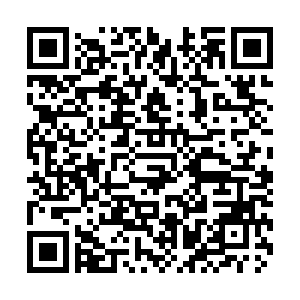 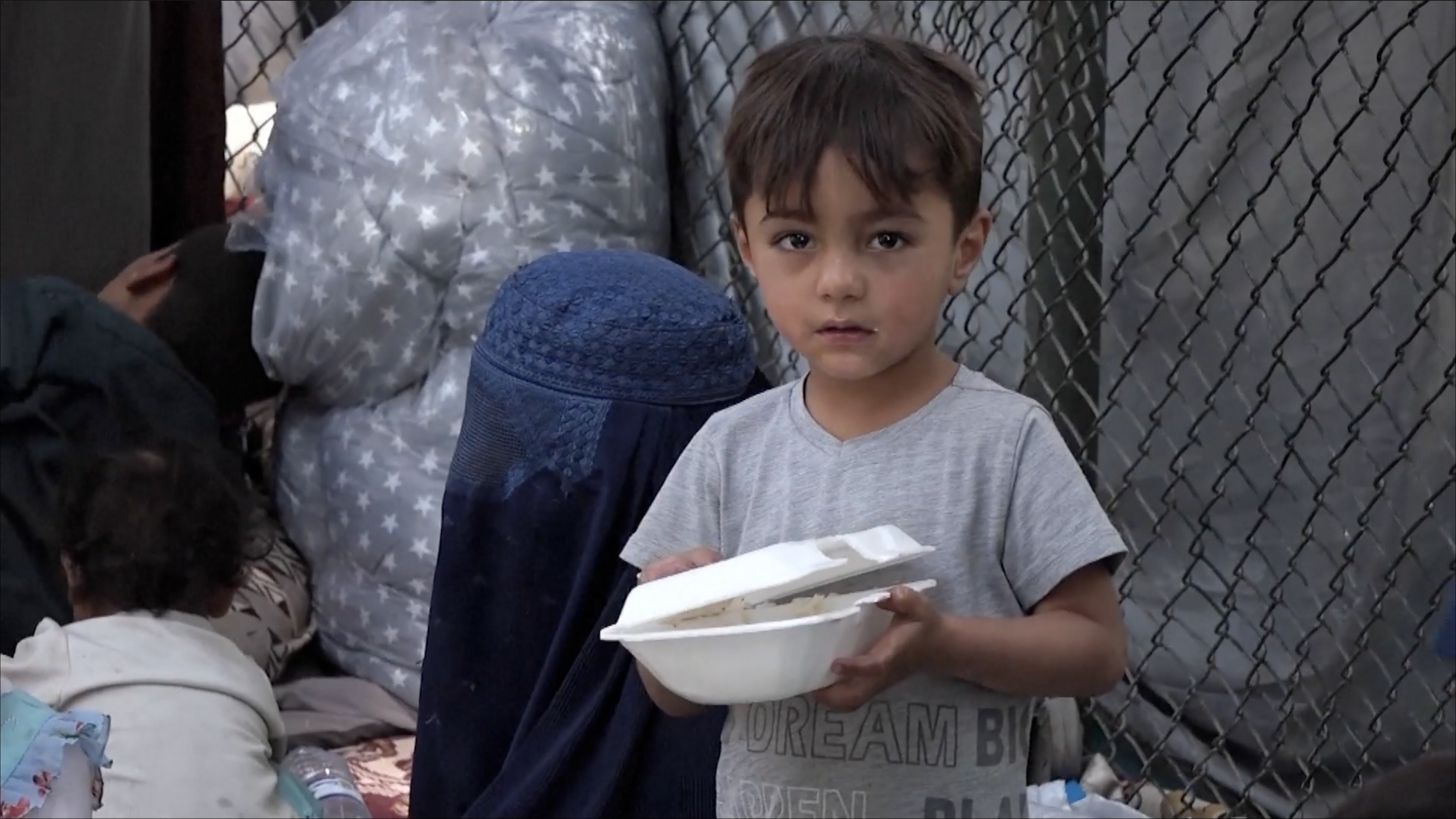 Editor's Note: More than three months have passed since U.S.-led NATO forces withdrew from Kabul and the Taliban returned to power in Afghanistan. Although the military conflict has ceased overall, the refugee crisis, which has plagued the war-torn country for the past 40 years, remains a matter of grave concern. Drought, poverty and food insecurity on top of a collapsing economy are now taking Afghan people's lives just as bullets and bombs were. How are the Afghans uprooted by conflict and insecurity going to survive this winter? What can be done to draw their decades-long displacement to an end? CGTN talked to Indrika Ratwatte, United Nations High Commissioner for Refugees (UNHCR) director for Asia and the Pacific, who shared his thoughts.

Ratwatte: The displacement due to the conflict has stopped since August as fighting between government forces and the Taliban has ended. Thankfully, we haven't seen large numbers of refugees crossing the borders in the last few months. But we've seen a steady trickle of people coming to the neighboring countries, particularly every time there was conflict around cities. They would try to move across in fear of being displaced multiple times within Afghanistan. Then finally, when their coping mechanisms collapse, they come to host countries saying, "We can't move anymore. We have no resources; we have nothing."

The big challenge and the focus for us right now is within Afghanistan. How do we help the internally displaced persons with the winter coming? That is the biggest challenge for us from the humanitarian community – to try and scale up our assistance because winter is there already. In some places in Afghanistan, it's already freezing in the night.

CGTN: How does the UN Refugee Agency plan to help those displaced survive the harsh winter?

Ratwatte: We try to reach the internally displaced with shelter and winterization, things like blankets, warm clothing and insulation for housing, in coordination with other sister agencies and partners. Obviously, there's a huge population that is food insecure. Millions, almost half the population of Afghanistan, are food insecure because of the drought, the conflict and COVID-19. All these have been compounding the challenges within Afghanistan, particularly in the last year, coming to a crisis point over the last few months.

When I was in Kabul a couple of weeks ago, I saw women and children under a plastic sheet. You can't be under a plastic sheet now; you would die of hypothermia. This is why shelters, tents, blankets and solar-powered lighting and lamps are incredibly important in addition to food because shelter is the first and most important thing to manage the winter, which goes on till the end of February and early March at the minimum.

Secondly, to deliver life-saving assistance, we have also ramped up our presence in Afghanistan. Colleagues are there on the ground in many field locations, and we have increased our international and national staff to reach out to areas which were inaccessible before to complement the delivery of humanitarian assistance. 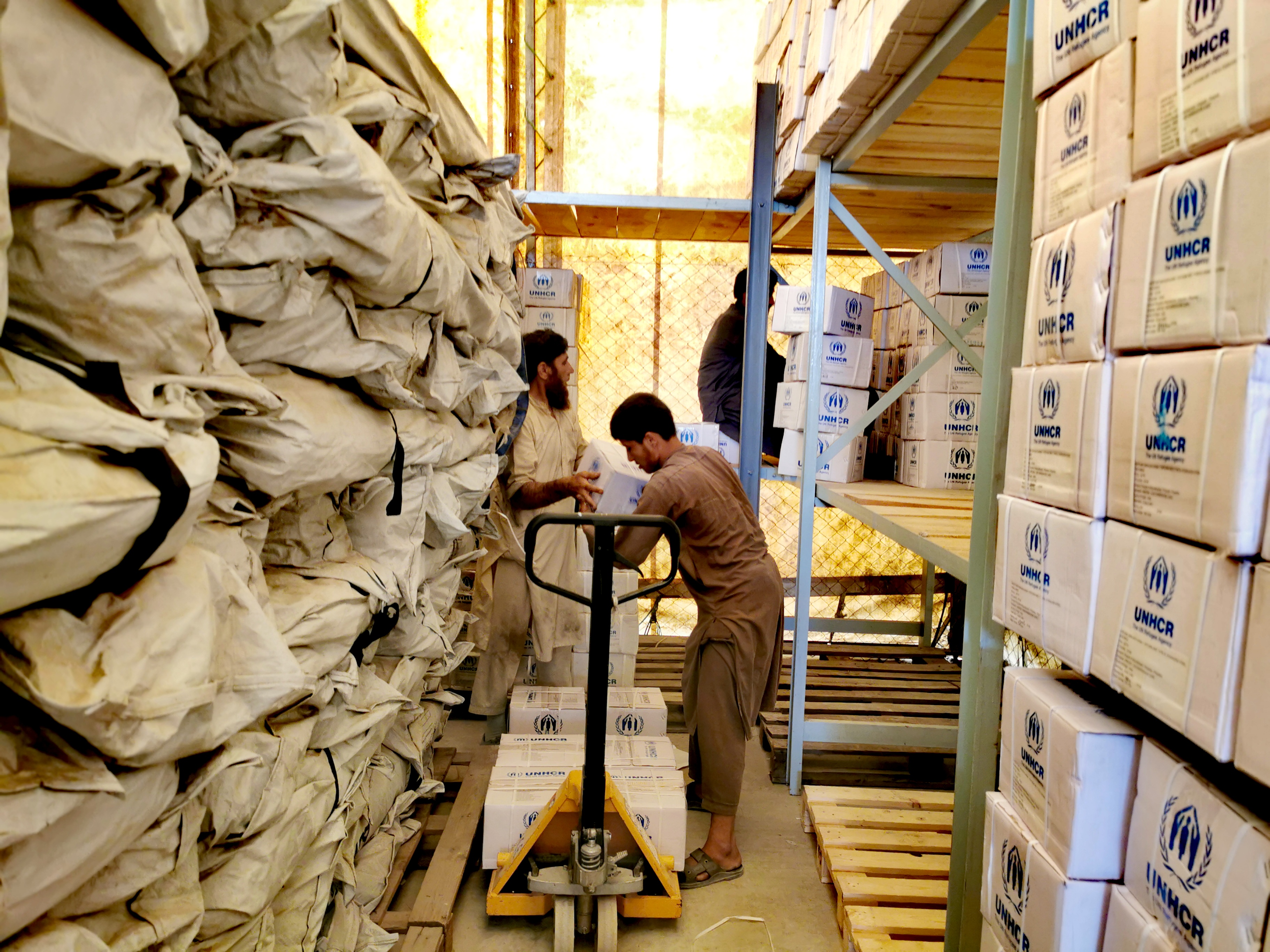 CGTN: How has the pandemic affected refugee admission and resettlement?

Ratwatte: The first direct impact was borders being tightly regulated, and many were closed when infection rates were at their peak. In Pakistan, Afghanistan and Iran, there were COVID-19 hotspots and waves of outbreaks as well. The border closure meant that refugees who desperately needed protection couldn't cross borders, and those who were in resettlement processes couldn't leave their host country either. They were stuck.

The second was those who did manage to get through also had a very challenging situation in the host countries because host countries themselves were impacted by COVID-19. Governments are trying to inoculate their own population when additional people are coming to their countries. That's where I think the international community, and China in particular, played a very important role in vaccination, which is a very important part of the mitigation, being able to vaccinate refugees and asylum seekers.

The support from neighboring countries, such as China, in supplying vaccines made a big difference in being able to make sure that, at a minimum, the elderly and high-risk refugees could be inoculated. And I must say that Pakistan and Iran, which have hosted millions of Afghan refugees for 40 years, have been very generous to Afghan refugees despite the challenge for their own population.

CGTN: Many unaccompanied minors were among the thousands of refugees that left Afghanistan. What happens to these minors after their arrival in host countries? Do they have a chance of reuniting with their parents?

Ratwatte: There has been a large number of young men, and amongst them, also unaccompanied minors. This is not unique to Afghan refugees; it happens to people in desperation because of conflict, poverty, economy and rights. This is the situation where the strongest people possible in a family, often young males, are sent to see if they can make it in another country. And if they can, the rest of the family will try to follow. It's survival in a sense. This has led to the tragic loss of life of young people and minors who are forced to leave their home countries. They would go through irregular movements when the borders are closed, going with smugglers and traffickers who would abuse them.

The UN Refugee Agency tries first and foremost to find a system to link minors up with their families. Because often, they are given promises by smugglers saying, "Okay, we'll do this, we'll do that." But once they cross the border, these minors are dumped and left alone, and they want to go back rather than go forward.

Secondly, we try to provide basic assistance such as food, shelter and psycho-social support because many of these minors are utterly traumatized by their journeys. You and I would be traumatized as adults. Imagine a minor going through this for the first time – leaving their family, alone in the hands of strangers in a strange country, not knowing what to do but just trying to find a safe space. It's a very tragic phenomenon that we are seeing in many refugee situations. 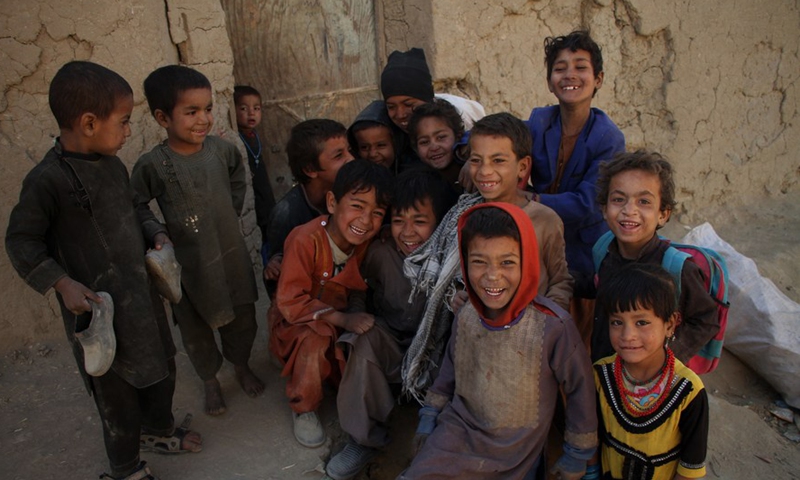 Ratwatte: Looking at the present situation, there are three risk factors that might lead to people leaving Afghanistan.

First is obviously the critical humanitarian needs. Often at the beginning of a crisis, during the start of an emergency, there's spontaneous compassion and support, but then it fades. We need humanitarian programs to be fully and continuously supported and funded. Without relief and assistance, people will move because they can't manage.

And thirdly is the Taliban articulating clearly their policies about how they are going to govern, how inclusive governance is going to work, how women and girls can go to school, get educated and work. Fifty percent of the Afghan population is women and girls; they must be included in the Afghan economy and all aspects of society. 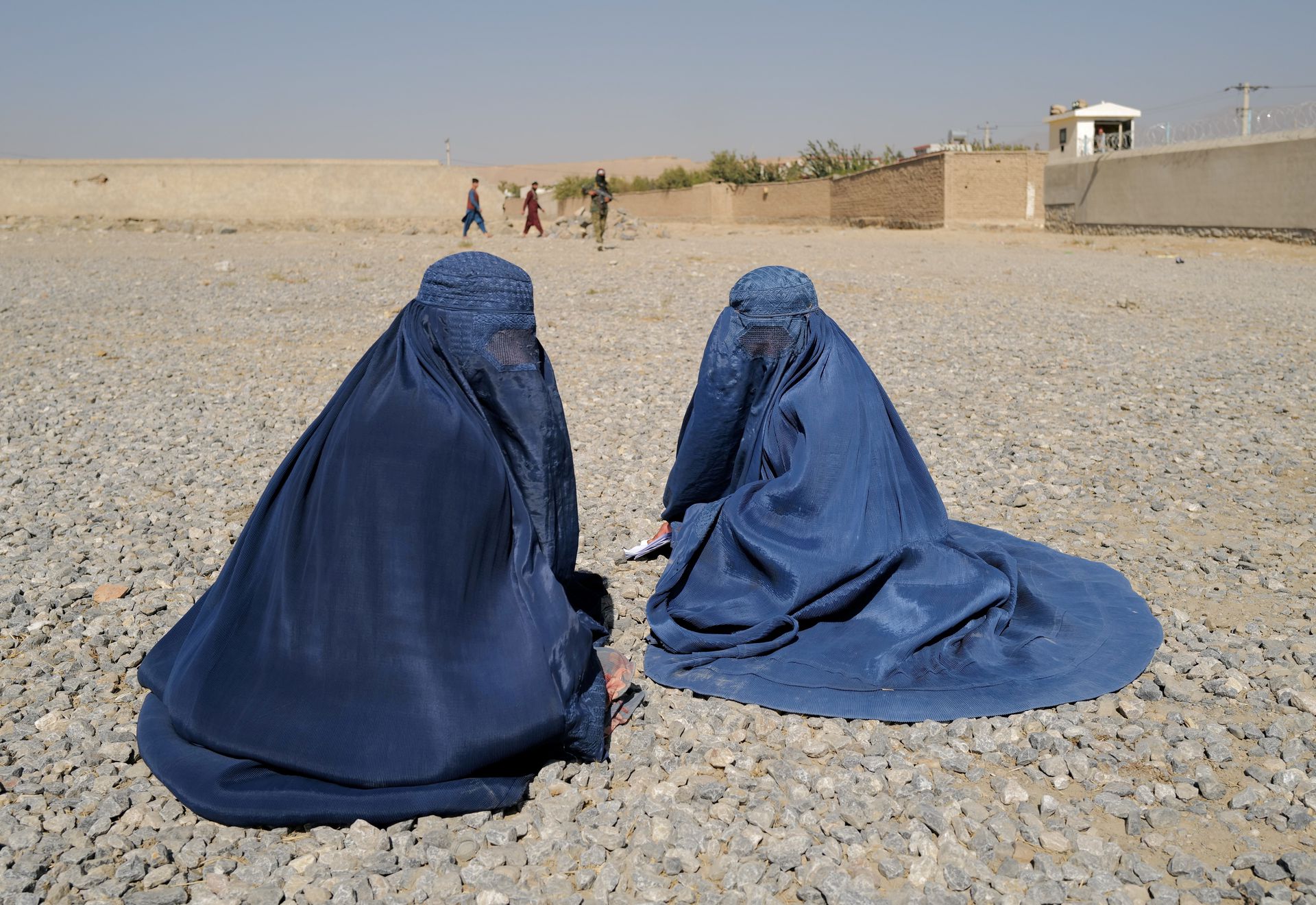 Displaced Afghan women wait to receive aid from the United Nations High Commissioner for Refugees outside a distribution center on the outskirts of Kabul, Afghanistan, October 28, 2021. /Reuters

Displaced Afghan women wait to receive aid from the United Nations High Commissioner for Refugees outside a distribution center on the outskirts of Kabul, Afghanistan, October 28, 2021. /Reuters