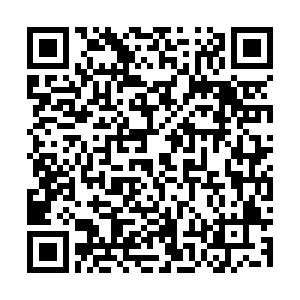 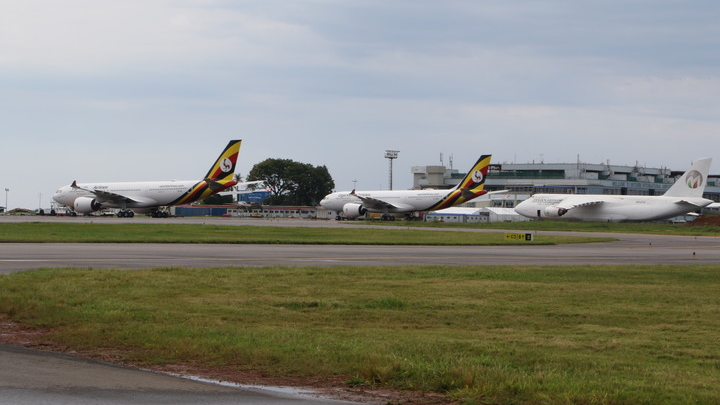 Planes are seen on the newly-rehabilitated apron at Entebbe International Airport in Entebbe, Uganda, October 6, 2021. /Xinhua

Planes are seen on the newly-rehabilitated apron at Entebbe International Airport in Entebbe, Uganda, October 6, 2021. /Xinhua

Editor's note: Mubarak Mugabo is a Ugandan journalist. The article reflects the author's opinions and not necessarily the views of CGTN.

The alleged surrender of Entebbe International Airport by Uganda to China has exposed more lies of the desperate smear campaign groups against China-Africa relations.

The baseless article published late last month and mostly circulated in the Western media was instigated by those worried about the committed participation of all African countries in the Forum on China-Africa Cooperation (FOCAC).

For starters, there are no attempts by China to take over the airport as reported and there has not been any failure to repay the loan by the government of Uganda.

Although the Uganda Civil Aviation Authority (CAA) gave an explanation regarding this, it is important that the world know the truth, why this came from Entebbe and why at such a time.

This is generally how the anti-China groups have been running smear publications elsewhere. However, Entebbe was a bad choice for them this time as glaring facts continue to expose them.

In 2015, the government of Uganda signed a loan worth $200 million from the Export-Import Bank of China (Exim) to renovate and expand the airport. The two parties agreed on a 20-year maturity loan with a seven-year grace period carrying a 2-percent fixed interest cost per annum.

The grace period has not expired and therefore Uganda has not defaulted on any of the obligations regarding repayment. How does Uganda fail to pay even before the repayment period? Uganda has always revealed how the terms of this loan are semi-concessional and are in line with the country's infrastructure financing program.

Also Minister of Finance Matia Kasaija, who is alleged to have been quoted, never said Uganda is surrendering or even planning to surrender the airport to Exim Bank.

In order to show transparency, the government made available the loan agreement to members of parliament, even though agreements of such magnitude carry confidentiality clauses, a rare practice elsewhere.

Equally, allegations of China suspending construction because of a stalemate arising from failure to renegotiate some "toxic" clauses in the agreement are also baseless. In fact, despite COVID-19 lockdowns, China Communications Construction Co., which was contracted to the airport renovation and expansion project has continued the work uninterrupted since 2016. 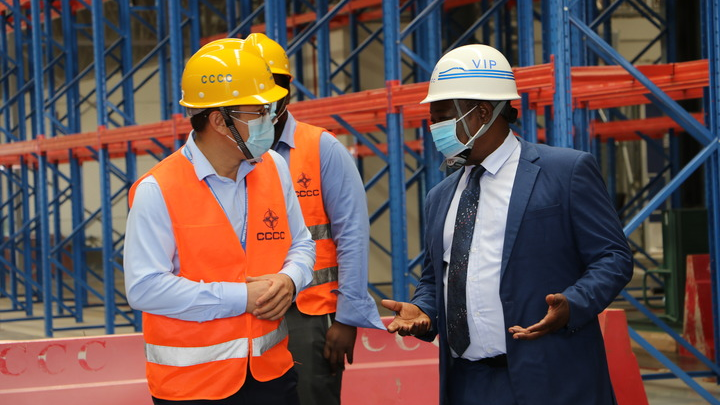 One part of the airport terminal was finished and even handed over to the CAA for passenger use in early November. The whole project is nearing completion and is expected to be fully delivered next year.

Why Entebbe and why now?

There has been a systematic attempt to depict China as a bad creditor that is trapping African governments with huge debts, intending to take over their strategic installations as collateral. These attempts majorly suffice ahead of any constructive engagements between China and Africa.

As China and Africa were preparing for the eighth ministerial meeting of FOCAC in Dakar, Senegal, last month, the same anti-FOCAC group started smearing the construction of the Kampala-Entebbe Expressway, another infrastructure project connecting the capital Kampala to Entebbe also financed by Exim Bank. They did not succeed in pursuing it as many Ugandans showed full support for the project.

I have closely monitored how these anti-FOCAC groups report events following the three previous FOCAC summits of 2015 in Johannesburg, South Africa; 2018 in Beijing, China; and now 2021 in Dakar, Senegal. These usually present China as a dangerous dragon that seeks to trap Africa with debts in order to execute modern colonialism.

In 2015, two mainstream Western media outlets reported how Angola had requested China to freeze debts and how the country was to surrender projects to the Chinese over failure to pay them back. They did not show any evidence but continued circulating the baseless articles. The Angolan government subsequently distanced itself from these false allegations.

Prior to the 2018 Beijing summit, the same media platforms were publishing fake articles suggesting how Zambia surrendered Kaunda International Airport to China over loan defaults, until Zambia authorities announced them as false and baseless.

Therefore, it is not surprising that only a few days before the 2021 FOCAC meeting, these same anti-FOCAC groups published and continued circulating false reports of how Uganda surrendered Entebbe airport to China.

They aim at scaring Africa from continuing to engage with China's development approach. Before the next FOCAC summit, which is expected in 2024, they may choose to smear another strategic and important project financed by China. They have always used the same smear tactics, which unfortunately in the recent past have gone unchallenged.

Although Entebbe airport has exposed their lies, it is time for both African and Chinese media outlets to forge a common way to better to present Sino-African-related developments to the world.