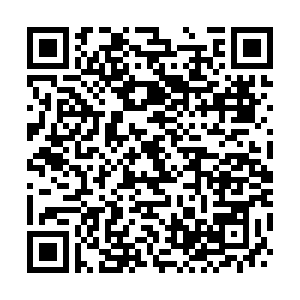 Despite the U.S. claiming that "protecting human rights" is one of the reasons it promotes its system all over the world, American democracy fails to protect the basic rights of its own people, a Chinese research report has revealed.

Titled "Ten Questions for American Democracy," the report released by the Chongyang Institute for Financial Studies of the Renmin University of China on Monday criticizes U.S. democracy with 10 major doubts.

"The problem of gun proliferation has always been an incurable pain in American democracy," said the report, citing a paper on Preventive Medicine's conclusions that "Americans are 25 times more likely to be killed in gun homicides than people in other high-income countries."

The U.S. has the world's most guns, 393 million, and weakest gun laws, the Beijing-based institute cited the Small Arms Survey as saying.

"The proliferation of guns threatens the fundamental human rights of every American," the institute said, adding that according to a Preventive Medicine paper, "almost every American knows at least one victim of gun violence during their lifetime."

Racial discrimination is another problem causing personal safety issues in the country, according to the report.

Even though the "Black Lives Matter" movement has attracted global attention, Black men are still "about 2.5 times more likely to be killed by police over the life course than are white men," said the report, citing an article published on the Proceedings of the National Academy of Sciences of the United States of America website.

"Is it true that the guarantee of the right to personal security for all U.S. ethnic groups cannot be solved through the mechanisms of American democracy?" the institute asked.

When an emergency happens, the American democracy seems more fragile, said the report.

"By the beginning of December 2021, about 50 million people in the United States had been infected with COVID-19, and the death toll is approaching 800,000," it said.

The think tank blamed the tragedy on the "inefficiency of democracy in the United States," which has made the country "full of partisan disagreement for a long time after the outbreak of the COVID-19 pandemic."

Because of that, the U.S.'s pandemic prevention and control have fallen into "politicized internal friction," said the report, asking, "Can American democracy effectively protect the right to life of the American people?"