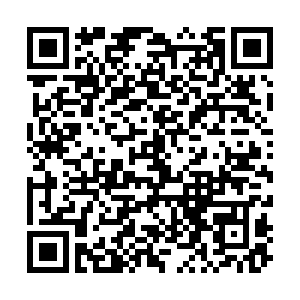 The U.S. has forced other countries to adopt the American democratic model through military intervention and economic sanctions, thus undermining world peace and order, a Chinese think tank has said in its extensive report.

Titled "Ten Questions for American Democracy," the newly-released report by the Chongyang Institute for Financial Studies of the Renmin University of China was outspoken in its criticism of the U.S. democratic model.

"As of October 2021, the U.S. still maintained about 750 overseas military bases in 80 foreign countries and colonies (territories). The U.S. military intervention in foreign countries is increasing, and it has been causing damage to other countries," it said.

The Beijing-based institute also noted that by 2017, the U.S. military had more than 1.3 million active personnel, with more than 450,000 currently stationed overseas. The U.S. also spent $778 billion on military force, accounting for 39 percent of the world's total in 2020, it said.

The report also said that the U.S. uses its dollar to "harvest profit throughout the world and maintains the hegemony of its currency by devious means."

It made no bones about the claim that the international image of the U.S. as hegemonic, arrogant, and bullying has reached a new peak.

The think tank cited a survey of the world's 20 most populous countries, showing that in 15 of the 19 countries (excluding the U.S.), most people believe Washington has bullied other countries with its powerful military threat. Respondents in 17 of the 19 countries also said the U.S. does not comply with international law.

Another survey in the report revealed that 57 percent of respondents from outside the U.S. said American democracy "used to be a good example but has not been in recent years." Another 23 percent said the U.S. "had never been a good model of democracy in other countries."

The report concluded by asking a thought-provoking question: "When the American democratic model is raising widespread doubts from its own people and other countries around the world, is it to maintain world peace and development or undermine the international order by constantly imposing American democracy on other countries?"