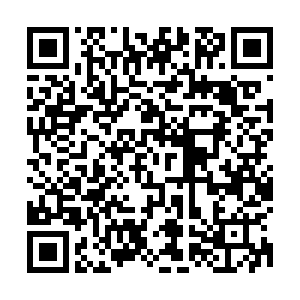 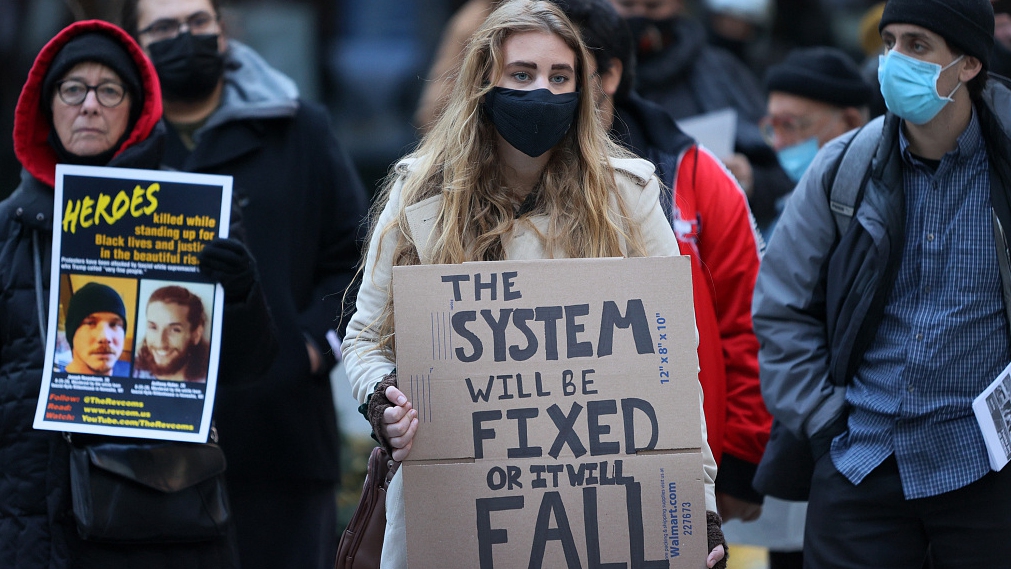 Activists attend a rally to protest the verdict in the Kyle Rittenhouse trial in Chicago, Illinois, U.S., November 20, 2021. /CFP

Activists attend a rally to protest the verdict in the Kyle Rittenhouse trial in Chicago, Illinois, U.S., November 20, 2021. /CFP

The United States will launch the "Leaders' Summit on Democracy" from December 9 to 10 and once again stage a new show of American democracy. The move has forced a think tank from the Chongyang Institute for Financial Studies, Renmin University of China (RDCY) to speak out for justice and truth. The RDCY released a research report titled "Ten Questions on American Democracy" on Monday, criticizing the U.S. double standard in the practice of internal versus external democracy.

Infighting between the two parties has repeatedly shut down the U.S. government. Meanwhile, the mutual obstruction between the federal and state governments has led to internal friction, impediments to federal decrees and the poor implementation of infrastructure projects. For example, California has been preparing for high-speed rail construction for more than 25 years and still has not fully started. The "collapsed" disaster response projects, inadequate risk prevention, slow rescue and relief, and officials' indifference all express a central idea – Don't rely on us.

A report released by the Chinese Foreign Ministry also weighed in the subject. "The U.S. political system has far too many checks and balances, raising the cost of collective action and, in some cases, making it impossible altogether. Francis Fukuyama calls the system a 'vetocracy,'" the report titled "The State of Democracy in the United States" said, referencing American political scientist Francis Fukuyama in his book "Political Order and Political Decay."

"Since the 1980s, the U.S. 'vetocracy' has become a formula for gridlock," the report said. "The U.S. democratic process is fragmented and lengthy, with a lot of veto points where individual veto players can block action by the whole body."

"The function of "checks and balances," which was purportedly designed to prevent abuse of power, has been distorted in American political practice," it said.

Political polarization continues to grow as the two parties drift further apart in political agenda, and their areas of consensus have reduced significantly. An extreme case is a fact that "the most liberal Republican now remains significantly to the right of the most conservative Democrat." Antagonism and mutual inhibition have become commonplace, and "vetocracy" has come to define the American political culture. The vindictive "if I can't, you can't either" mentality has also grown prevalent.

Politicians in Washington, D.C., are preoccupied with securing their own partisan interests and don't care at all about national development. Vetoing makes one identify more strongly with their peers in the same camp, who may, in turn, give them greater and quicker support. Consequently, the two parties are caught in a vicious circle, addicted to vetoing. Worse still, the government efficacy is inevitably weakened, law and justice trampled upon, development and progress stalled, and social division widened. The negative impact of identity politics and tribal politics have also spilled over into other sectors of American society, further exacerbating "vetocracy."

As the world's top economic power, the disaster response level of the U.S. has dropped significantly in recent years. The U.S. became the country with most cases in the COVID-19 pandemic, a reality closely related to its delayed response.

"Almost everything that went wrong with Americans' response to the pandemics was predictable and preventable. A sluggish response by a government denuded of expertise allowed the coronavirus to gain a foothold," said Fukuyama in "California Dream II: Democracy and Vetocracy."

Relief and disaster relief are also slow. During the summer tourist season in June 2021, the collapse of a 12-story beachside apartment in Florida resulted in 98 deaths. One of the essential reasons for so many deaths was that it took six days for the rescue team to remove the ruins and officially carry out the rescue, according to the BBC's report about the Miami building collapse.