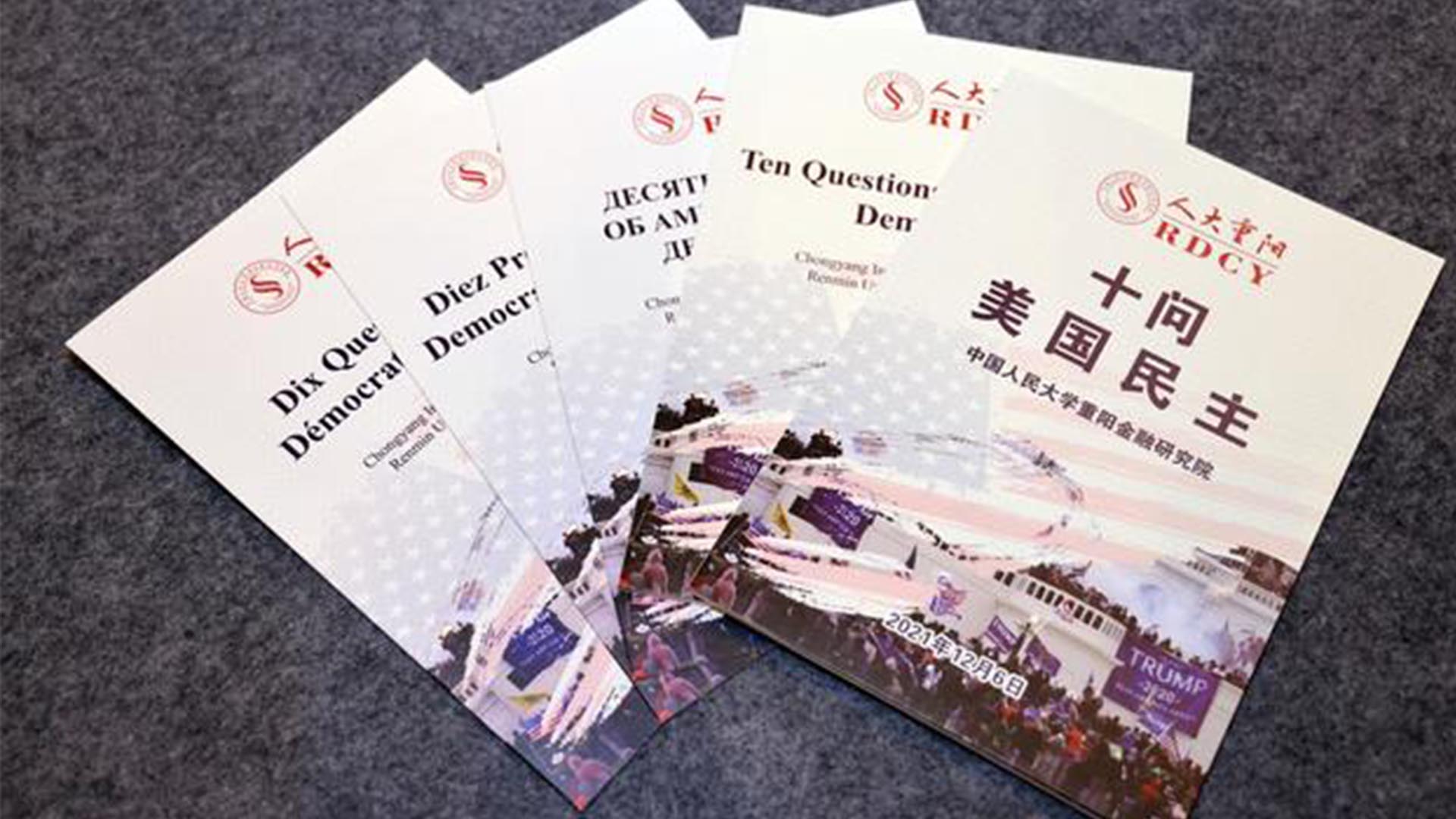 Is democracy for the majority or the minority? Does democracy improve people's well-being or deepen their suffering? Will democracy help realize dreams or bring nightmares? These were some of the questions asked by a Chinese think tank's report on Monday.

The report titled "Ten Questions for American Democracy" was released by the Chongyang Institute for Financial Studies of the Renmin University of China (RDCY), a think tank in Beijing, ahead of the "Summit for Democracy" led by the United States on Thursday and Friday.

According to the institute, the United States has in recent years used democracy as an excuse to allow human rights violations and the disintegration of its own society. Meanwhile, externally, it has used democracy as a reason to maintain hegemony, interfere in the internal affairs of other countries and undermine the international order.

No universal democratic model in the world

"Democracy is a common value of all humanity. Democracy is a rich and diversified path independently chosen by the people of all countries, rather than a single routine forced to be imposed upon others," according to the report.

Criticizing the U.S.'s claims that it is engaged in "democratic diplomacy," the report pointed out that the only people in the United States that can reflect their will are "Money-cracy, Gun-cracy, White-cracy, Media- cracy, Militia-cracy and Drug-cracy." 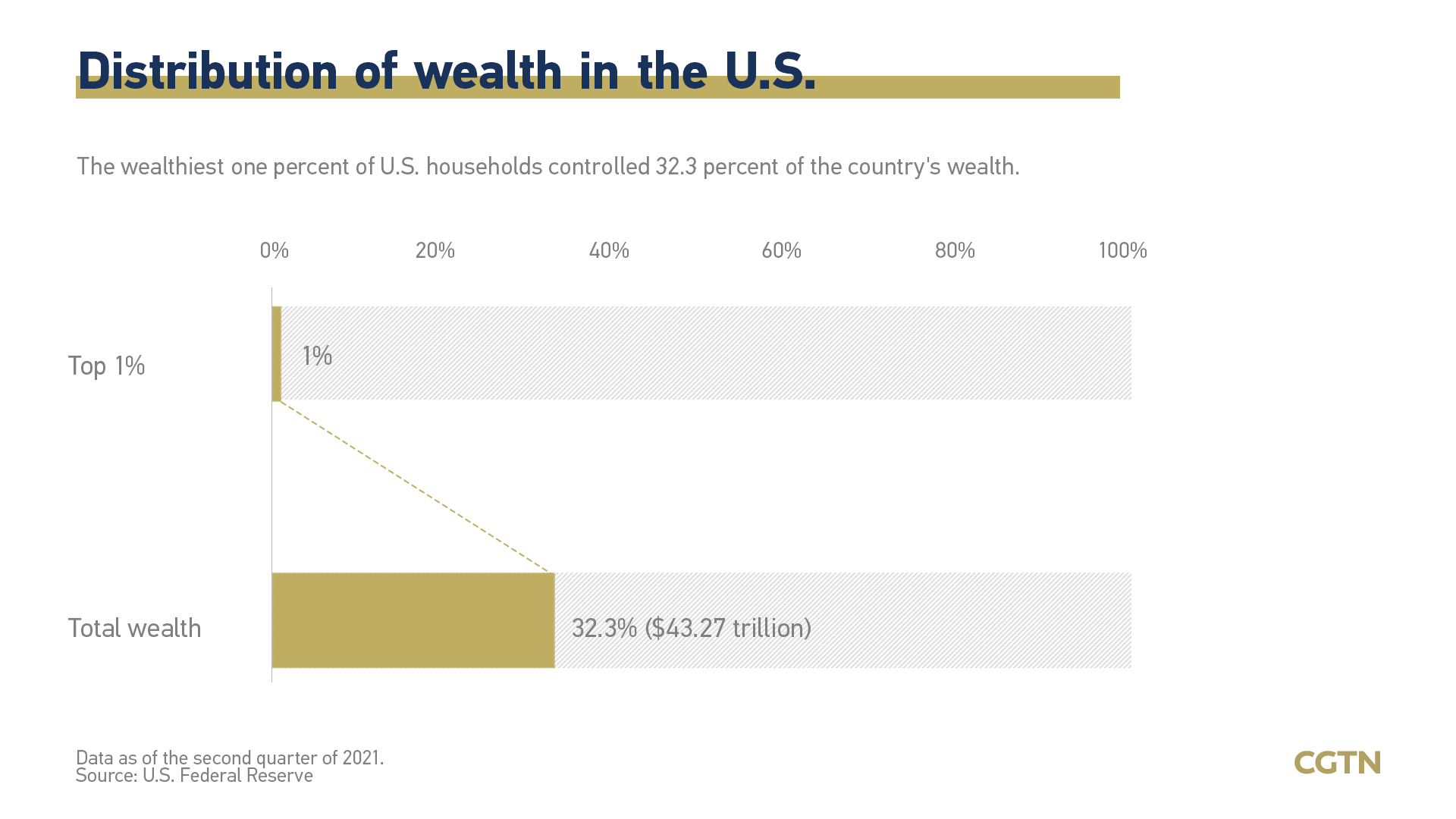 "It is not the people who can make the decision, 'six masters in one country, there is no democracy,'" the report said.

It urged the U.S. government to ask itself 10 questions when holding the "Summit for Democracy." They are as follows. Is American democracy a democracy for the majority or democracy for the minority? Does it ensure checks and balances or lead to abuse of power? Does it improve people's well-being or increase their suffering? Does it defend freedom or hinder it? Does it protect human rights or violate them? Does it promote unity or lead to division? Does it help realize dreams or create nightmares? Will it improve national governance or lead to system failure? Will it bring development and prosperity to other countries or disaster and turmoil? Will it maintain world peace and development or undermine international order?

The report cited numerous data to reveal the facts about American "democracy," detailing how the U.S. dumps its supposed "democratic model" on others, irrespective of the needs, principles or goals of the various countries.

Saying that the minority rules over the majority in American democracy, the report said in the six presidential elections held in the United States since the 21st century alone, only on two occasions was the party with fewer popular votes elected.

On American democracy increasing people's suffering, it said that by the end of 2020, over 50 million Americans faced food insecurity, a nearly 50 percent increase from 2019. Over 220,000 people are homeless, it said.

Data in the report also shows that American democracy violates human rights, undermines international order and brings nightmares. Over 38,000 deaths are related to gun violence each year, 20 percent of which are children and adolescents aged 1-17, said the report, adding that the United States accounts for only 4 percent of the world's population, but 35 percent of the world's firearm suicides. 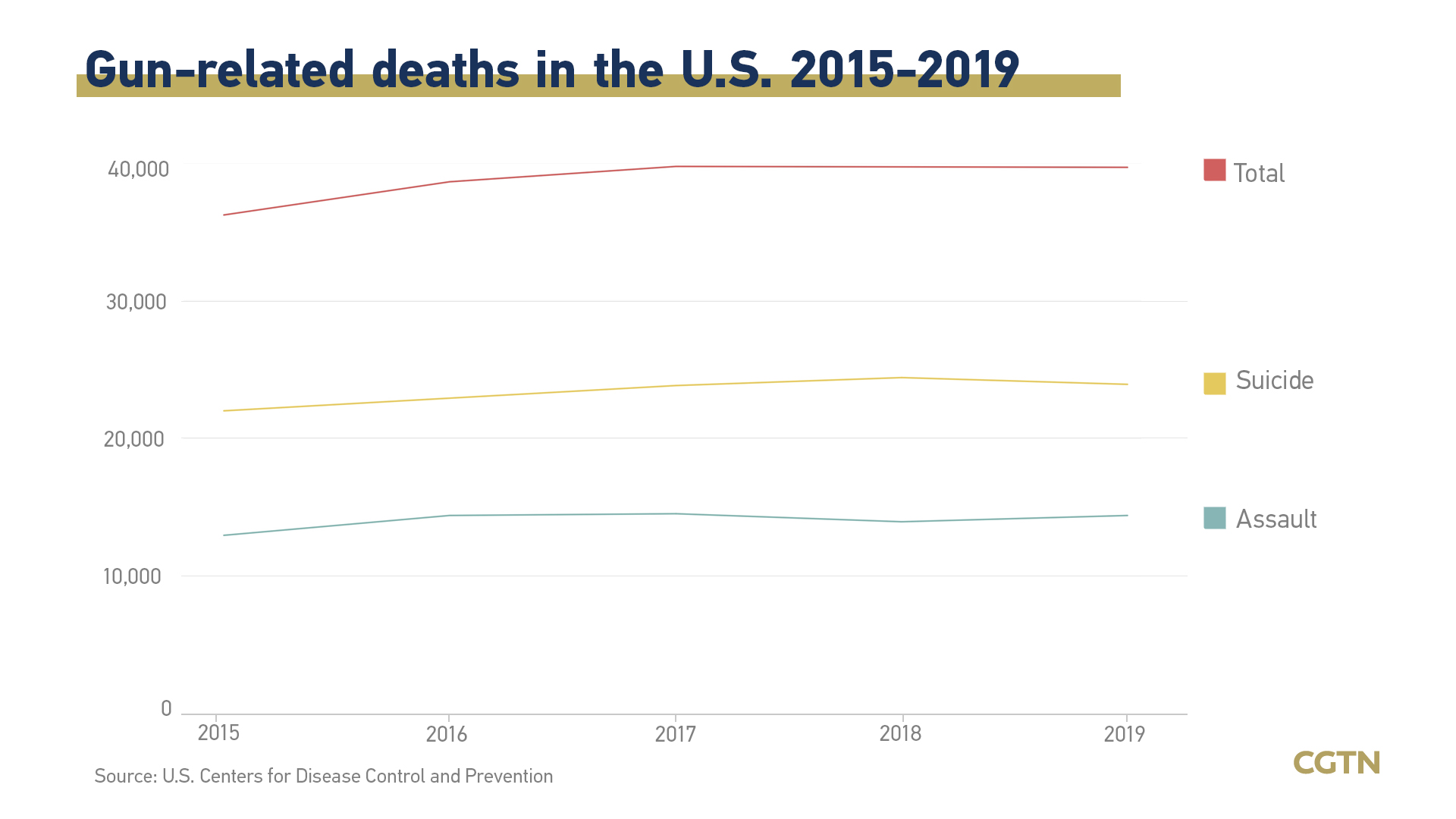 The RDCY was established on January 19, 2013, and has since gained high recognition in the research fields of financial development, global governance, great power relations and macro policies.