Download
Does U.S. democracy bring prosperity or disaster to other countries?
CGTN 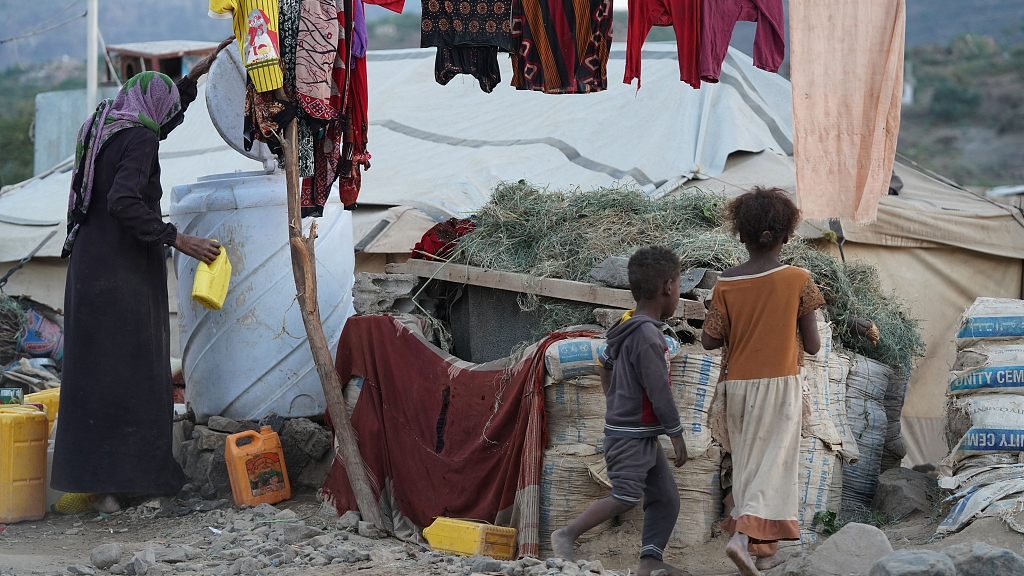 Yemeni refugees are seen outside a makeshift tent during cold weather in Taiz, Yemen, November 20, 2021. /CFP

Yemeni refugees are seen outside a makeshift tent during cold weather in Taiz, Yemen, November 20, 2021. /CFP

"The United States exports American democracy to other countries in the world in an attempt to transform other countries into democratic countries, only to incite chaos," according to a report released by a Chinese think tank on Monday.

Titled "Ten Questions for American Democracy," the report has been released by the Chongyang Institute for Financial Studies, Renmin University of China.

"This export of democracy has directly led to years of war in many countries worldwide. We are within reason to ask, is it bringing prosperity or disaster to other countries?" the report said.

"According to a United Nations report in December 2020, the conflict in Yemen caused about 233,000 deaths, including 131,000 deaths due to indirect reasons such as lack of food, health care services, and infrastructure. The current armed conflict in Yemen has caused the biggest humanitarian disaster globally, and there are about 20.7 million people (71% of its total population) in Yemen who need humanitarian assistance," the report said.

"The refugees created in the world by the democracy export of the U.S. constantly trigger refugee crises," the report said, taking the immigration crisis on the U.S.-Mexico border as an example.

"U.S. is the primary driver of the global refugee crises and a veritable 'refugee maker' in today's world," the report said. "However, the U.S., a refugee maker, is not so tolerant of refugees."

"In 2019, Trump, then President of the United States, decided to spend over ten billion dollars to build a border wall along the US-Mexico border. In September 2021, the refugee crisis broke out, which once again exposed the defects of the American immigration system. In addition, the United States has constantly left the thorny refugee problem to other countries in the world, increasing their burden. Of the 18,000 refugees supposed to settle in the US, only 11,880 did, completing just 66% of America's responsibility in the 2020 fiscal year," the report said.

"The decade-long war has had an irreversible and destructive impact on the Syrian economy, making it slide to the edge of economic collapse," it said. According to the statistics of the World Bank, since 2010, the Syrian economy has shrunk by more than 60 percent and there was a 300 percent increase in the inflation rate of consumer goods as of January 2021.

"In the face of such a severe economic and social disaster in Syria, the United States further intensified its economic and financial blockade and sanctions against Syria in early 2020," the report said.

"The sanctions are lasting—freezing nearly $9.5 billion deposited by the Central Bank of Afghanistan in the United States, and constantly pressure the International Monetary Fund to suspend the 460 million dollars of emergency reserve allocated to Afghanistan. Since August 2021, the Afghan people may be facing the most dangerous moment. One-third of Afghans don't know where the next meal will come from," it said.