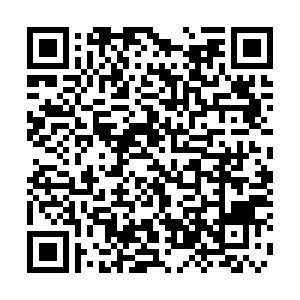 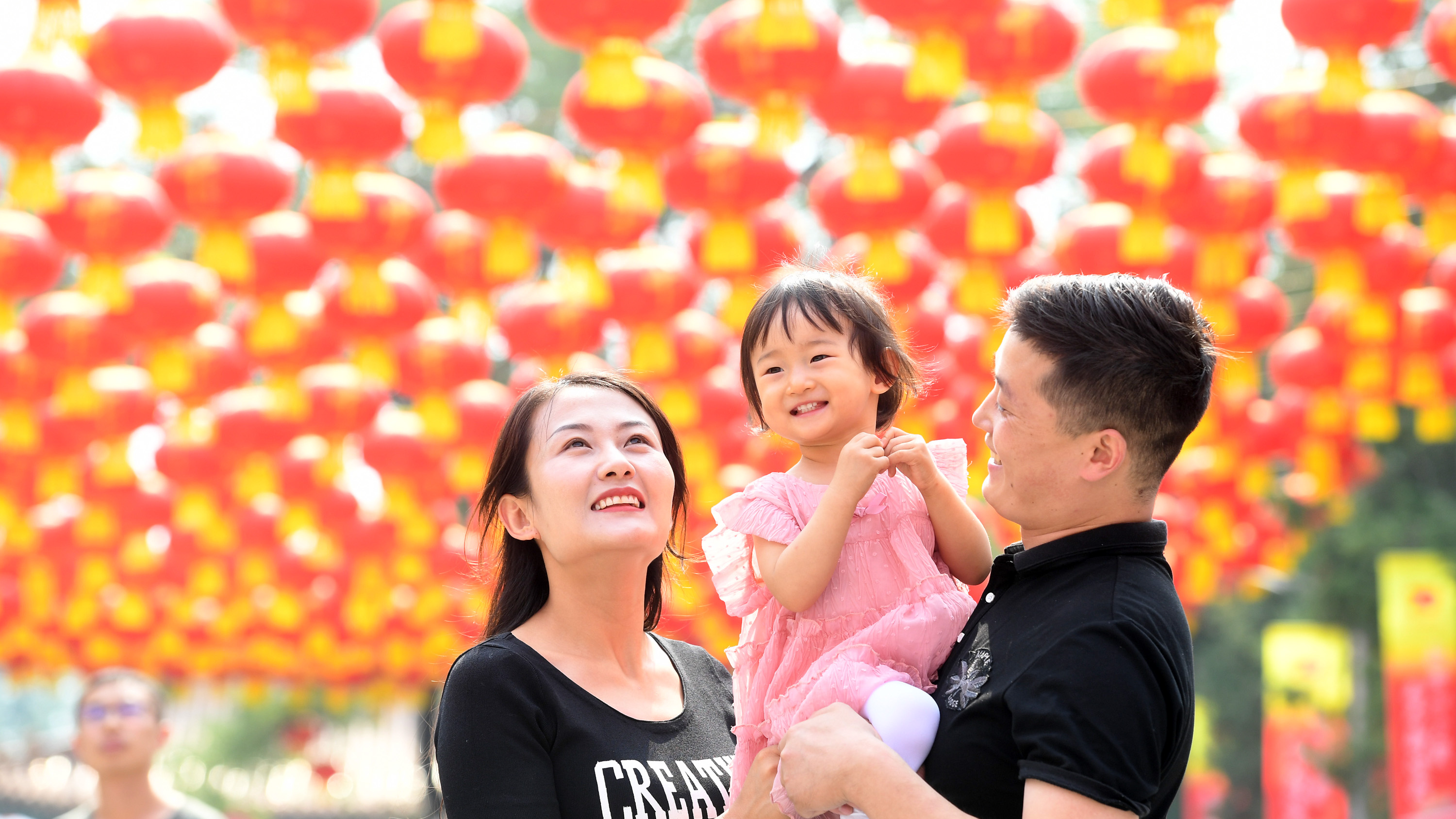 Editor's note: Sun Zhaoyang is an associate research fellow at University of Chinese Academy of Social Sciences. This is the second piece of our "China's view of democracy" series. The article reflects the author's opinions and not necessarily the views of CGTN.

What is true democracy? Countless thinkers, philosophers, politicians, and revolutionaries have pondered this question, and the general public sometimes comments on it as well. Some believe that "one person, one vote" is democracy; some agree that separation of powers is democracy; and others think that competitive election is democracy. All these can be regarded as different facets of democracy, but they just point to how democracy is organized and operated, while the core standards to define democracy rely on the political system and value.

The United States self-claims to be one of the "most democratic" countries in the world and any American citizen over 35 years old can run for president. But getting elected often requires the backing of big money. In the 2020 U.S. presidential campaign, both Joe Biden and Donald Trump spent more than one billion dollars, and it is not surprising that they will provide their "megadonors" with generous financial returns after winning. The will of big money drives the political agenda, while ordinary people's voices are not heard. Is this Western election system democracy? Obviously not.

Democracy means putting people at the center of everything. Therefore, true democracy should be for the benefit and well-being of the greatest number of people. In a country like China, with a population of 1.4 billion, democracy is about making a fundamental political system and value to constantly meet people's growing needs for a better life.

Democracy is about eradicating poverty and achieving common prosperity

Upon its founding, the People's Republic of China was a large agricultural economy with a weak industrial foundation and low labor productivity. The GDP per capita was a mere 119 yuan in 1952, equivalent to that-time currency value of about $60, and the majority of people were living below the poverty line. Through unremitting efforts made during the socialist development stage and the reform and opening-up, more than 700 million farmers have been lifted out of dire poverty. And since 2012, China has lifted another 98.99 million impoverished rural residents out of poverty by existing standards. The regional poverty issue has been generally resolved. The number of people lifted out of poverty in China has accounted for more than 70 percent of the global total during the same period. China has completed the poverty reduction task of the UN's 2035 Sustainable Development Goals (SDG) ten years ahead of schedule.

In 2020, China's per capita GDP reached 72,000 yuan and per capita disposable income reached 32,189 yuan, which was on par with moderately developed countries. The Engel coefficient of urban and rural residents dropped from 67.7 percent in 1978 to 32.7 percent. More than 100 million households joined the middle-income group. The urban-rural, east-west and north-south income gaps were gradually narrowing, and China has been making great strides toward the ambitious goal of common prosperity.

In contrast, in the United States, income inequality has been increasing since the 1970s. As of the first quarter of 2021, the total net wealth of the top one percent of American households reached 36.2 trillion dollars, accounting for 35.9 percent of the total wealth in the society, while the wealth of the bottom 50 percent of the population accounts for only two percent, and the trend of widening inequality between the rich and the poor grows.

Democracy is about improving public services

Public service capacity is a glass door to watch the modernization level of a country's national governance system and governance capacity. Education, for an example, is one of the very important issues related to people's well-being. Only by providing higher-quality services for all people can the spirit of democracy be truly reflected. In terms of education, the number of illiteracy was 430 million when the new China was founded in 1949, with an illiteracy rate of over 80 percent. Despite the tremendous pressure posed by a large population, low educational attainment in general and a poor economic foundation, China pushed through with universal nine-year compulsory education. Additionally, higher education has become widely available to the general public. The combination of both has met people's needs to receive education and improve their educational attainment. By 2020, the number of illiteracy reduced to 37.75 million, and the illiteracy rate fell to 2.7 percent. 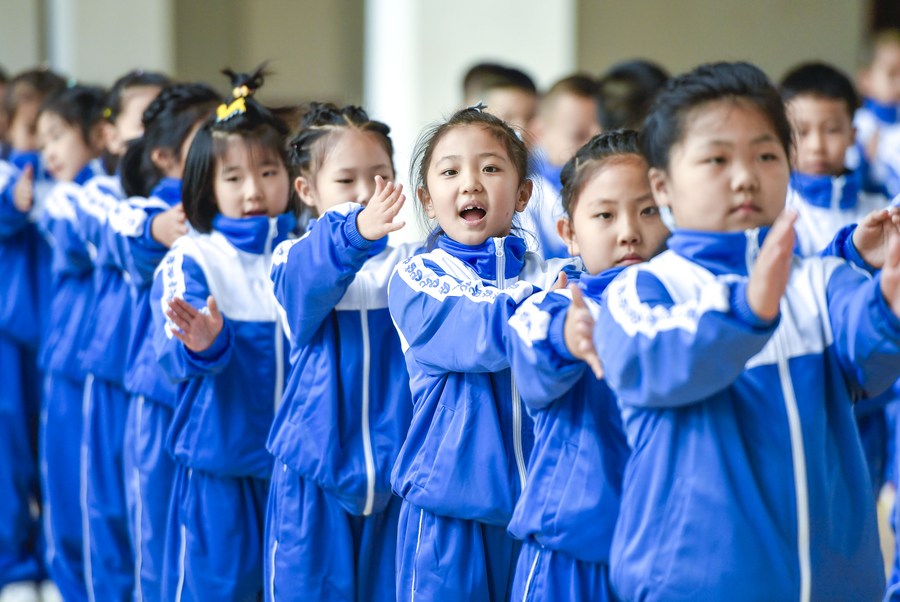 In the United States, market-based reform of the public education is based on the notion that public school students are to make up for corporate workforce, and the education that they took should get them ready for their "predetermined" role as workers. In this marketized system, colored students suffer the most. The percentage of black students attending schools that were at least 50 percent white dropped from 43.5 percent in 1988 to 23.2 percent in 2011. And according to the Condition of Education 2020, a congressionally mandated annual report, 45 percent of Black students attended high-poverty schools, compared with eight percent of white students. Segregated schools attended by low-income minority students, due to under-resource, suffered from loss of quality instruction, and unfair marginalizing of non-white educators. The movement to privatize U.S. public schools continues.

Democracy is about respecting people's right to life

People's life and physical and mental health are prerequisites for living a happy life and are the basic components of a good life. Since the founding of the People's Republic of China in 1949, the government has eradicated and/or controlled acute infectious diseases such as smallpox, cholera, malaria and plague, which had been around for thousands of years. In order to meet people's needs for medical services, a medical insurance network and a serious illness insurance system have been established. Over 1.36 billion people are covered by the employee medical insurance scheme and urban-rural resident medical insurance scheme, so that people can afford to see doctors and receive in-patient treatment. An extensive healthcare network, the largest one by number in the world, with a coverage rate of over 95 percent and benefits 1.36 billion people, has been fully established. The number of deaths caused by infectious diseases as a percentage of total deaths has fallen from about 50 percent in the 1920s to 0.25 percent in 2020, and the average life expectancy has increased from 35 years in 1949 to 77.3 years in 2019, according to a white paper published by the State Council Information Office in June 2021.

Although the U.S. ranks first in the world in per capita medical spending ($10,948.5), it is the only large industrialized country without universal health coverage. The highly laissez faire healthcare system cares about the interests of pharmaceutical industry more than that of people's well-being. As the world's largest pharmaceuticals market, the U.S. focuses on developing increasingly sophisticated drugs. Its spending on drug surged 76 percent between 2000 and 2017, according to a RAND report released in January 2021. An obsession with magic cures distracts the country from public health care system. The COVID-19 pandemic revealed nationwide shortages in basic equipment and hospital beds. With 4 percent of the world's population, the U.S. has approximately 18 percent of COVID-19 cases and 15 percent of COVID-19 deaths, as of December 7.

Democracy is about serving the interests of the majority of people

Democracy as a concept is void of meaning if it's abstract, supra-class, or supra-history. There should not be an eternal or universal view of democracy in the world. Democracy can be only found in ever-evolving common values under a concrete or historical context.