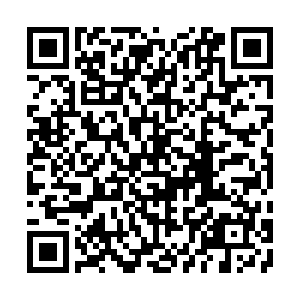 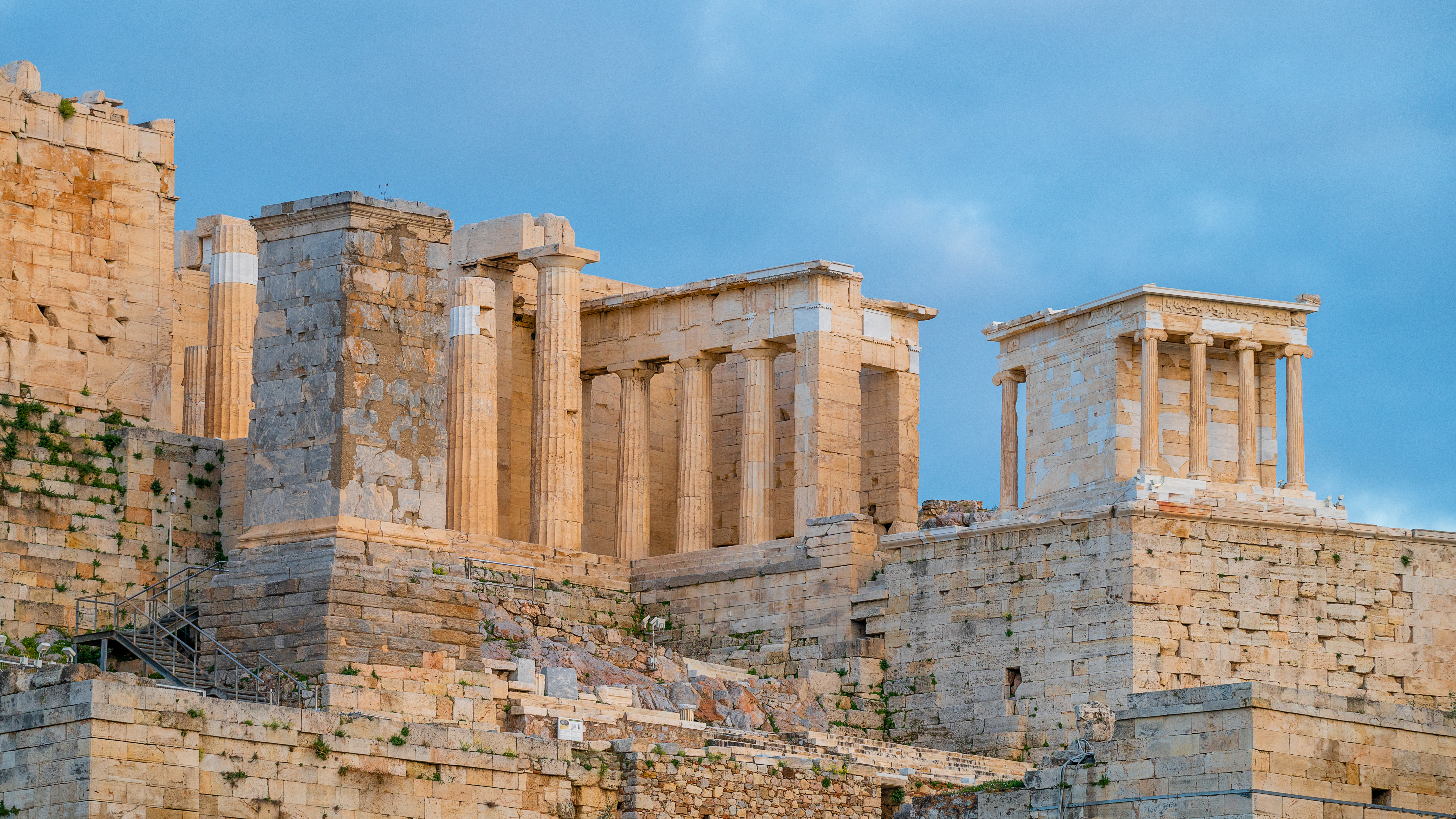 The Propylaea and temple of Athena Nike at the Acropolis of Athens, Greece. /Getty

The Propylaea and temple of Athena Nike at the Acropolis of Athens, Greece. /Getty

Editor's note: Wang Yiwei is vice president of the Academy of Xi Jinping Thought on Socialism with Chinese Characteristics for a New Era, research fellow of the Platform for the Study of Contemporary Political Parties, and Jean Monnet chair professor at the Renmin University of China. The article reflects the author's opinions and not necessarily the views of CGTN.

Is democracy a universal value or global common value? It is not about democracy per se; it is about human civilization.

Western democratic myths often play two tricks. One is to confuse democracy (statehood) with a democratic system (political system), and the other is to confuse universal values (particularity) with shared human values (universality), thus creating two myths: the ancient West is the cradle of democracy, and the modern West is the source of democracy, hence monopolizing the democratic discourse and creating a democracy-authoritarianism dichotomy. The "Summit for Democracy" took this ploy to the extreme in an attempt to subvert the UN system with sovereign states as the basic building blocks and the international order based on international laws.

I. Democracy still exists even if it's not of Western origin

When you read a textbook on democracy, the first sentence often goes like "Democracy originated in ancient Greece." So the Greek origin of democracy is a deep-rooted idea among people. Since Greece is the cradle of Western civilization, so people believe that democracy is the patent of the West. But why Greece? In fact, Greece used to be a city-state, and Greek democracy is actually a form of city-state democracy, which is a special form of human democracy. How did it become the cradle of democracy?

Besides, there is another source of Western civilization: The Hebrews. After the Edict of Milan (313 A.D.) recognized Christianity, democracy was painted as a universal value under monotheism. As a result of the Western colonization of the world, the Western narrative about democracy claims that modern political civilization originated in Europe. Consequently, the nation-state model of governance was further universalized, giving rise to Western humanism. This kind of humanism is predicated on the human-God contractual relationship and is manifested in the following layers: 1. The contract between God and the king: Render onto Caesar; 2. The contract between the king and the aristocrats: Magna Carta; 3. The contract between the aristocrats and the government: representative political system; 4. The government-people contract: social contract theory. This "people-God" view of modern democracy formed dualism between public space (public domain) and private space (private domain), which later evolved into the dual narrative of democracy-autocracy at the international level.

Most countries in the world did not start as city-states, and some are not nation-states even now. How can you expect tribal states or emirates to attribute their origins to the Greek city-state democracy? How can the West in modern times be seen as the source of democracy?

The origin of democracy is diverse. Africa has "democracy under trees" and "Ubuntu" from Southern Africa: I am because we are. Latin America has pluralistic forms of participatory democracy. The Arab world has created an Islamic form of democracy called "Shura," Arabic for "consultation," in accordance with Islamic law. One of the principles of Islamic law is to decide on matters of state through "consultation." It was an ancient Arab custom of tribal councils and was later confirmed and adopted by Islam, and is mentioned in Chapter 42 of the Qur'an with the title "Ash-Shura." Sayyid Qutb from Egypt believes that a truly Islamic state must adopt "Sharia" (i.e. Islamic law) as its fundamental law and implement a broad-based system of political consultation. Abul A'la Maududi from Pakistan calls this system of consultation "Islamic democracy."

It's an irony to ignore the logical starting point of democracy and its origins in different civilizations and to simply legitimize the Western colonization of the world with the pretext of spreading universal values. Such a distorted view only results in the tragedy and alienation of democracy. Now, the West itself is suffering from it as populism prevails. The so-called "Summit for Democracy" hosted by the United States will only lead to a more fundamentalist view of democracy.

In a democracy, people are the masters of their country. How can they be the masters of their country, when there's still the problem of "democratic status," seeing a country without a constructed democracy as non-democracy in modern times? In fact, ancient tribes had tribal democracies; chiefdom had its democracies too. So democracy is not a modern concept. Modern democracy is about the establishment of a democratic foundation, which is fostering the soil for democracy to function. But many dependent countries, such as Japan, South Korea and certain others, which are even called by American scholar John Mearsheimer as "semi-sovereign states," cannot make their own decisions on even national security and sovereignty, because their sovereignty is incomplete. Democracy means a nation needs to become its own master first, and in the modern state system, whether the state can become its own master is inseparable from its sovereignty. It is through its capital and technological superiority that the U.S. controls its allies and other countries and makes them "democratized." Poland is a classic example that it has received an invitation to the U.S. democracy summit but was asked to "democratize." China's Taiwan region's participation also serves the U.S. efforts to deconstruct the international system based on sovereign state as participating unit established by the United Nations, also to establish a de-Sinicized global supply chain and an international order based on (U.S.) rules. 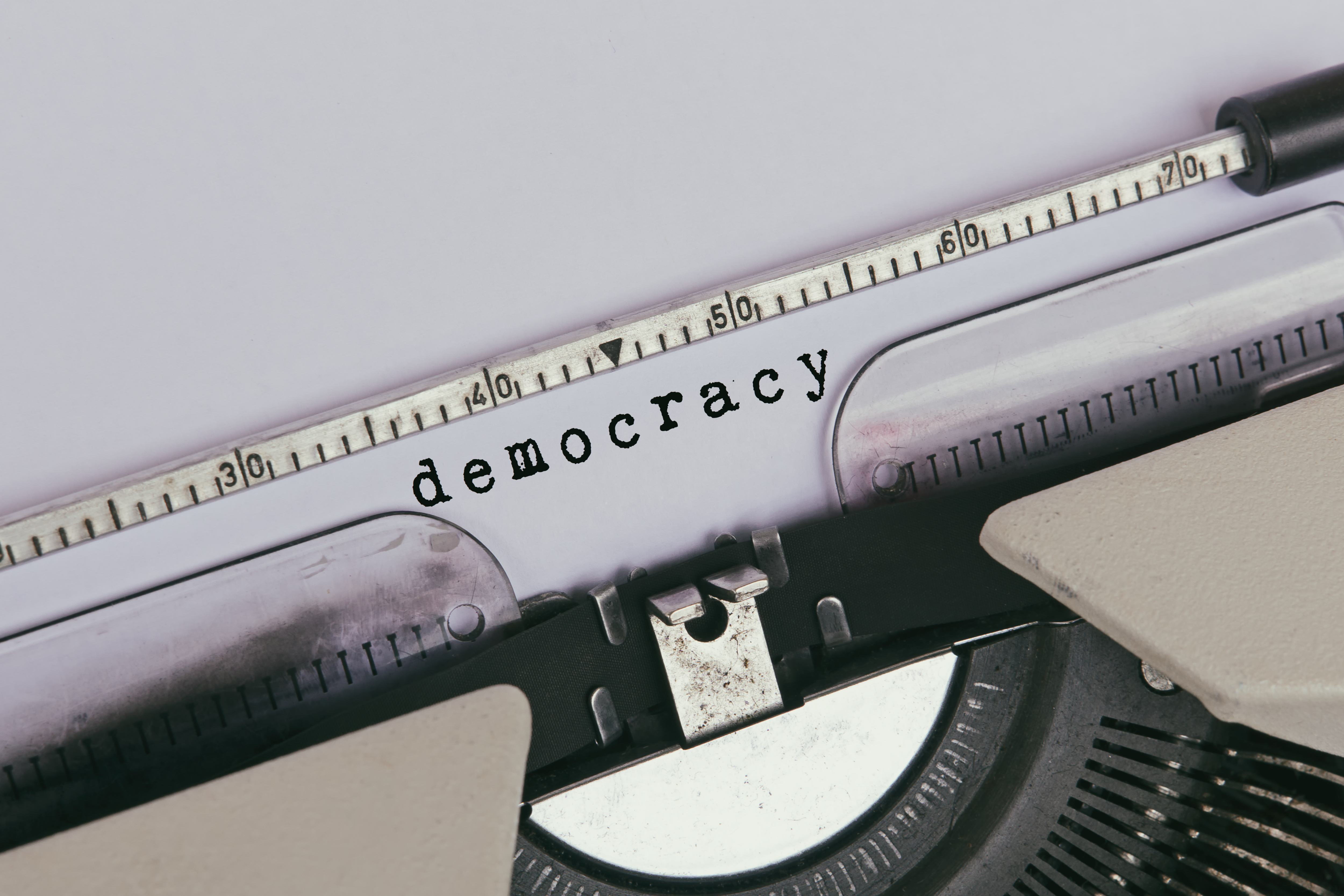 II. Democracy is essentially a part of the political civilization of humanity

Democracy is the crystallization of the political civilization of humanity, not a tool to spread Western ideology. It is a shared value of all mankind, not a Western patent used to spread the universal values touted by the West. People should focus on the origin of democracy instead of just looking at what happened in modern times.

No country can claim itself to be a democracy but define others as undemocratic, or even consider their own democracy as the final form of government at the "end of history," as if the future of human democracy is already set in stone. After the end of World War II, Western democracy is marked by the waning of colonialism and the rise of hegemony. The growing modernity of liberal democracy together with the expansion of monotheism resulted in the foreign policy disasters of the United States. The American democracy trap is shown in the following aspects:

Modern democracy originated in Europe, equality is the premise, where democratic equality before God comes from the Protestant Reformation, and everyone is equal before the law from constitutional government, but in the U.S., democracy was linked to freedom, and decoupled from equality, and became liberal democracy. It has a strong American color of religious freedom and individual freedom to cover up the fact of inequality in front of property. Democratic people are no longer ordinary citizens, but voters and taxpayers. Political and economic conditions have been manually established – capital has natural inequality, and democracy has been used as a tool of the bourgeoisie and a game of the rich – they serve whoever pays more taxes. Therefore, the U.S. seldom talks about economic democracy. Neoliberal globalization caused the internalization of American democracy, and the unequal society led to the farce of occupying Capitol Hill, which interpreted the story of the U.S. against the U.S. and democracy against democracy.

2. Democracy is hijacked by tech giants.

If everyone can be his own master, he is then free. Electoral democracy and the virtual economy rely heavily on big data, while happy education in the U.S. has quietly achieved social stratification. How can anyone who thinks, by adding just one we can make the 19th power of 10 into the 20th power of 10 possibly know the difference between the candidates' economic policies and who to vote for? Technology abuse has led to violations of human rights and even controlled the sovereignty of other countries. Innovation-driven by private capital makes capital and technology kidnap democracy together, which empowers the U.S. to control the world in the name of democracy. Recently, the concept of the metaverse has emerged, which may create a new technological bubble and capital bubble.

3. Democracy is hijacked by beliefs in God.

As Tocqueville mentioned in his classic "Democracy in America," "The laws contribute more to the maintenance of the democratic republic in the U.S. than the physical circumstances of the country, and the manners more than the laws." Today, race, ethnicity and immigration are tearing apart American society and fueling political polarization. America is no longer a melting pot, and traditional faiths are facing a new crisis of trust. Democracy, originally meant for the people to be in charge, is now in charge of the people in the name of God. Why did the COVOD-19 pandemic spiral out of control in the U.S.? It's their belief in technology – vaccines, medicines, and capital instead of quarantining or shutting down cities. People believe in God over people, liberty over order, self-interest over altruism. So COVID-19 has proved to be a lens exposing the hypocrisy of Western democracy, especially the myth of American-style democracy: It is a democracy for the strong, rich and rulers.

The U.S. democracy used to work but no one can guarantee it always works or works in other countries. All countries cannot assume that it will always be democratic, let alone having the right to level the democratic playfield with the Christian ideology, and draw the line between democracy and autocracy, leading to the alienation of democracy. "From a historical perspective, the development of democracy in the U.S. was a step forward. The political party system, the representative system, one person one vote, and the separation of powers negated and reformed the feudal autocracy in Europe... However, over the years, democracy in the U.S. has become alienated and degenerated, and it has increasingly deviated from the essence of democracy and its original design (Quotes from "The State of Democracy in the United States" published by the Ministry of Foreign Affairs of China)." This is also the law of rise and fall of civilization: if a civilization does not reform itself to adapt to the changing environment, it is bound to decline.