Download
Women's status in China and India: Who has human rights and democracy?
John Ross 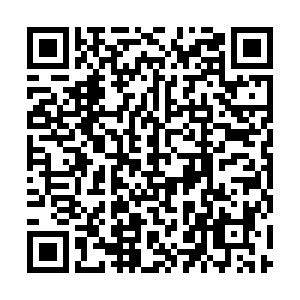 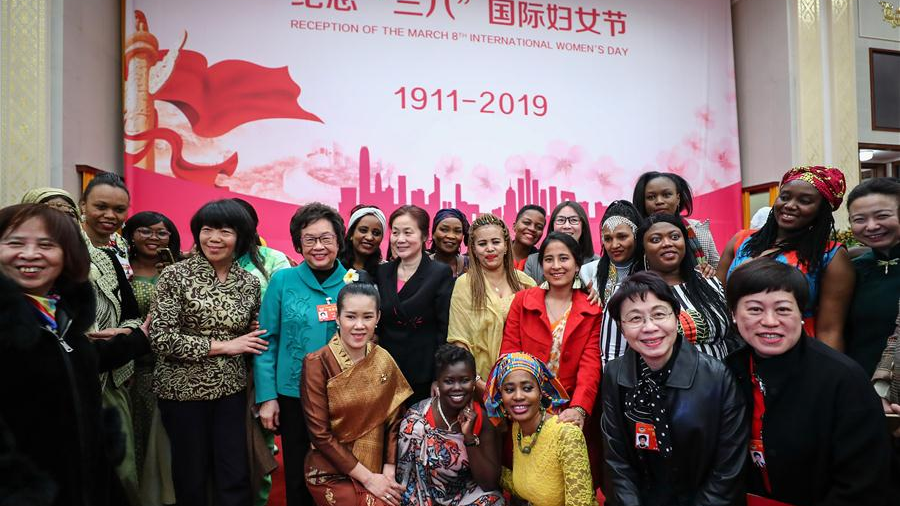 Women attend a reception held by the All-China Women's Federation ahead of International Women's Day in Beijing, capital of China, March 7, 2019. /Xinhua

Women attend a reception held by the All-China Women's Federation ahead of International Women's Day in Beijing, capital of China, March 7, 2019. /Xinhua

U.S. President Joe Biden has called a "Summit for Democracy" for December 9-10. There have been few events that have been more misnamed.

"Democracy" in European languages is derived from two Greek words, "demos (people)" and "kratos (rule)." So, "democracy" literally means "the people rule." Democracy is presented as integrally linked to human rights, that is, "people's rights." This is correct and will be used here.

To clearly illustrate the falsity of the U.S. position on this issue, let us consider the real situation and outcome of democracy and human rights using a prominent example affecting the position of almost one-fifth of humanity – women in India and China.

In China, female literacy is above 95 percent, while it is around 70 percent in India.

The risk of a woman dying in childbirth is eight times higher in India than in China.

Regarding the position of women in China compared to India, take the conclusion of the British medical journal The Lancet, one of the world's most prestigious medical publications. Its study on 70 years of women's health in China noted that "statements such as 'Women hold up half the sky' and 'Children are the future and hope of the motherland' have not only been rhetoric but have been consistently practiced." The study gives the example of China's enormous fall in deaths in childbirth, which dropped from over 1,500 to 17.8 cases per 100,000 births from 1949 to 2019. In Brazil, deaths in childbirth dropped from 370 to 60 per 100,000 births and in India from 1,000 to 145 over the same period. 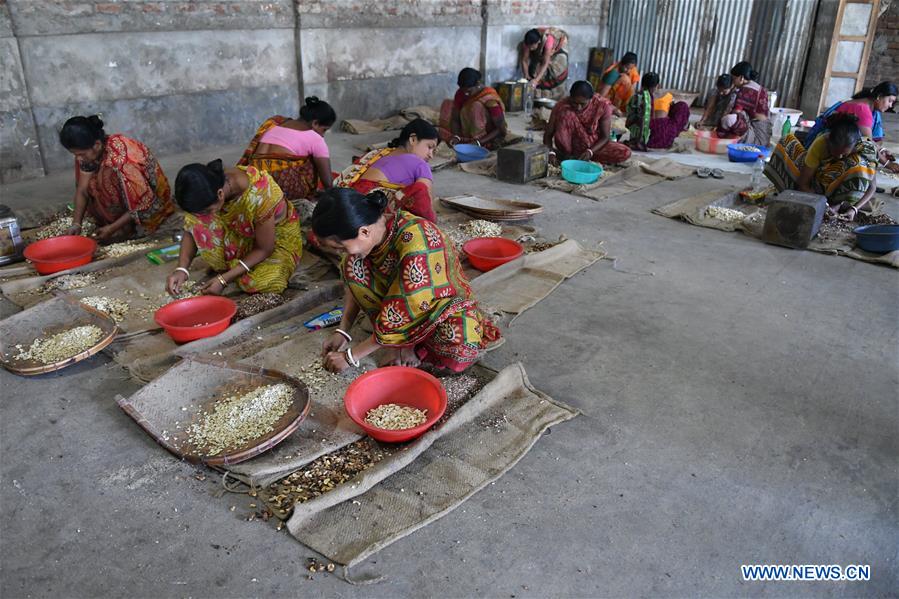 Indian women work in a cashew nut factory on the outskirts of Agartala, capital of the northeastern state of Tripura, India on International Women's Day, March 8, 2018. /Xinhua

Indian women work in a cashew nut factory on the outskirts of Agartala, capital of the northeastern state of Tripura, India on International Women's Day, March 8, 2018. /Xinhua

As the study "Women Hold Up Half The Sky: How China Eradicated Extreme Poverty" by Tings Chak concluded, "Starting at much higher rates of maternal mortality, China managed to reach less than a third of Brazil's and an eighth of India's in seven decades. For the impressive achievements across women's reproductive, maternal, newborn, child and adolescent health, the Lancet also cites 'strong political will' and 'improvements in gender equality' as the key factors behind the successes."

She also noted the key role China's central government and the All-China Women's Federation (ACWF) played in achieving these huge advances for women. The ACWF was not only a part of China's leading governmental bodies overseeing the country's targeted poverty alleviation programs, but it also garnered massive support from women at the grassroots level in parallel with these government programs. The ACWF organized base-building work with 900,000 WeChat "sisters" groups and 641,291 village-level grassroots organizations across China.

In short, there was nothing accidental about such enormous steps forward for Chinese women. They were achieved by a combination of government programs and extensive grassroots participation by women themselves.

Yet, according to the U.S. concept of "democracy" and "human rights," the ridiculous claim is made that the rights of an Indian woman are superior to those of a Chinese woman because an Indian woman lives in a "Parliamentary Republic." Therefore, India is invited to the "Summit for Democracy," and China is not, despite all the facts and data mentioned above.

If the U.S. concept of "democracy" and "human rights" are correct, then the only conclusion one could arrive at from these facts is that from the point of view of women, democracy is  thoroughly undesirable.

But in fact, the U.S. has a totally false concept of "democracy." It defines democracy not in terms of the "people rule" and the well-being of real people, but in terms of a few formal processes such as "Parliamentary Democracy" or "Division of Powers." Unless one believes that women in India wish to have short lives, be illiterate and die in childbirth, the only conclusion one can draw is that "rule by the people," in this case by women, is being carried out far more by China's system of government policies and mass organizations than the "Parliamentary Republic" of India.

Biden's summit may try to argue that India's system embodies democracy and human rights, and China's does not. But that purely verbal claim will not alter the fact that the life and real rights of a Chinese woman are far superior to those of an Indian woman.

The real test of a system is not adherence to some specific procedures. It is what it delivers that shows whether "the people rule." It is only necessary to look at the contrast in the lives of one-fifth of humanity, Chinese and Indian women, to see that China has delivered "the people rule" on a gigantic scale and infinitely more than the entirely unreal criteria chosen by Biden.