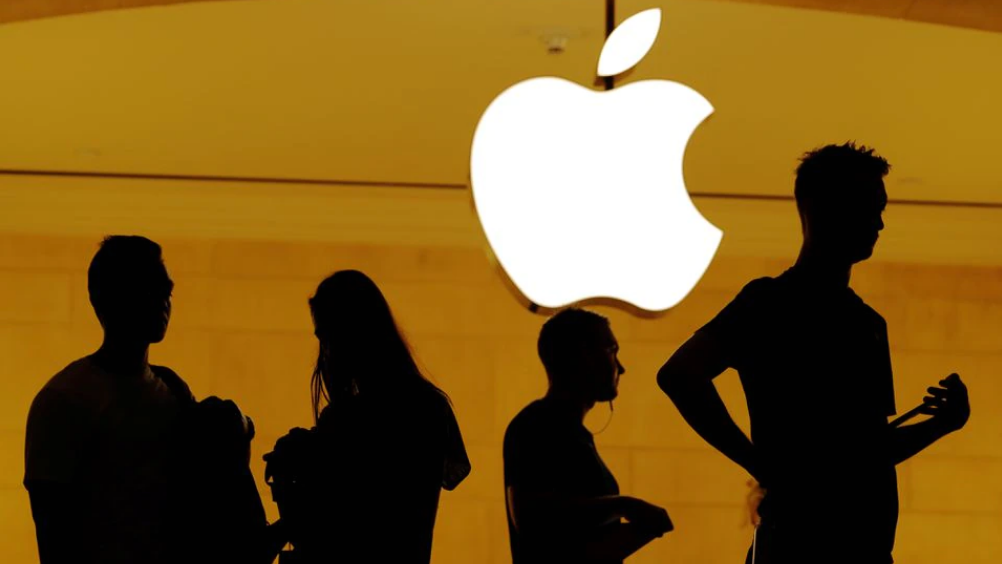 Customers walk past an Apple logo inside of an Apple store at Grand Central Station in New York, U.S., August 1, 2018. /CFP

Customers walk past an Apple logo inside of an Apple store at Grand Central Station in New York, U.S., August 1, 2018. /CFP

Apple Inc. is within striking distance of a $3 trillion market capitalization, a milestone that would make it as big as the world's fifth largest economy, after Germany, just over a year after breaching the $2 trillion mark.

Shares of Apple were up 1.6 percent at $174. They need to trade at $182.85 to hit the mark and cap a strong rally that has been powered by investors betting on its brand and viewing it as a comparative safe haven.

Its peers in the trillion-dollar club – Microsoft, Amazon, Alphabet and Tesla – have all gained between 10 percent and 70 percent.

"Apple does seem to be more immune to the ebb and flow of economic forces just because of this really strong brand. Its new product pipeline is pretty strong too," Susannah Streeter, senior investment and markets analyst at Hargreaves Lansdown said.

"There is an expectation that Apple is still going to come for you even though there have been some weaknesses in getting hold of the handsets and making sure that they're available for the public."

Apple hit $1 trillion in market capitalization in 2018 and took two years to double that valuation.

The stock has already breached Wall Street's median price target by $4, with a majority of analysts covering the stock rating it "buy" or higher.

Apple briefly lost its title as the most valuable company to Microsoft Corp. earlier this year after CEO Tim Cook's comments on supply chain woes and the struggle to procure semiconductors and components to make smartphones and laptops.

Microsoft is about $500 billion short of reaching $3 trillion in market capitalization.