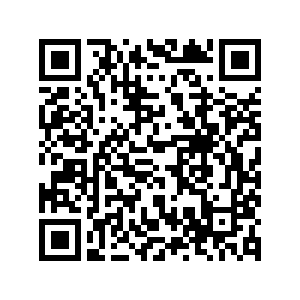 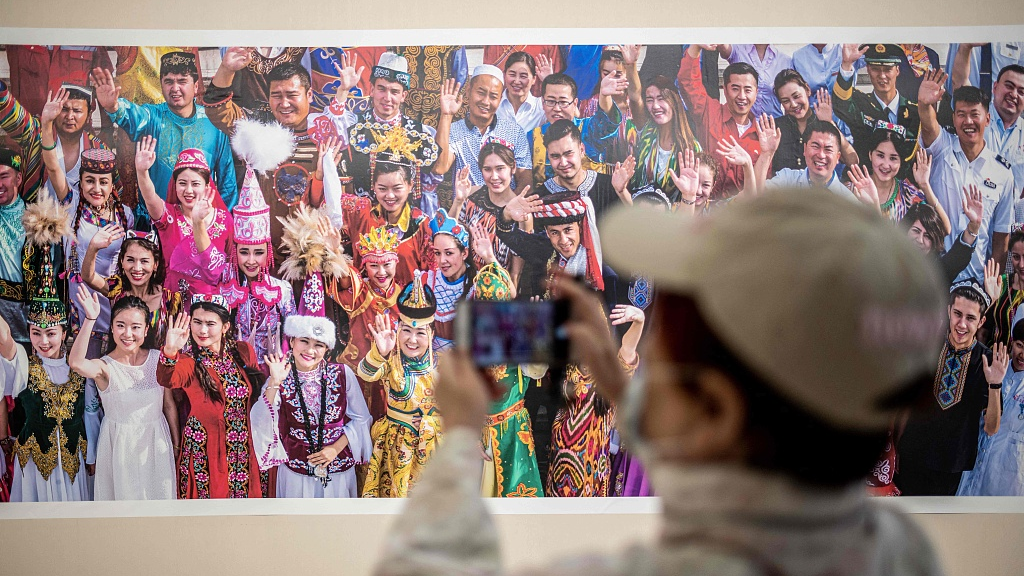 Editor's note: Alfred de Zayas is professor of international law at the Geneva School of Diplomacy and was United Nations Independent Expert on Promotion of a Democratic and Equitable International Order 2012-18. The article reflects the author's opinions and not necessarily those of CGTN.

When the UN Charter was adopted 76 years ago, the drafters wanted to add an international bill of rights, but no draft had been negotiated. In the light of the atrocities of World War II, it seemed more important to lay down principles of international criminal law in the Nuremberg and Tokyo Trials. It was three years later that the General Assembly turned to the scholarly work of the Polish jurist Raphael Lemkin on the "ultimate crime" and, after much debate, adopted the Convention on the Prevention and Punishment of the Crime of Genocide on December 9, 1948.

"Homo homini lupus" – a man is a wolf to another man. History records many atrocities and massacres including the Armenian genocide from 1915 to 1923, the Nanking Massacre in 1937, the Holocaust from 1941 to 1945, the genocide of the Igbos, the genocide of the Tamils in Sri Lanka…

Millions of human beings were exterminated over the centuries on political, racial or religious grounds. One of the worst was the "clash of civilizations" from the 16th-18th centuries, when Europeans arrived in the inhabited continents that they unilaterally called North and South America. Although we seldom read much about this facet of the "discovery" of America, a few historians like Professor David Stannard have documented the megacrime of the European onslaught on the Americas, resulting in the deaths of nearly 56 million natives. We know so little about it, because the descendants of those responsible are in power – and everybody knows that the victors write the history books.

While almost everyone today reveres Martin Luther King Jr., not many are interested in his 1964 book Why we can't wait. On page 120 we read this emblematic passage: "Our nation was born in genocide when it embraced the doctrine that the original American, the Indian, was an inferior race. Even before there were large numbers of Negroes on our shores, the scar of racial hatred had already disfigured colonial society. From the sixteenth century forward, blood flowed in battles over racial supremacy. We are perhaps the only nation which tried as a matter of national policy to wipe out its indigenous population. Moreover, we elevated that tragic experience into a noble crusade. Indeed, even today we have not permitted ourselves to reject or to feel remorse for this shameful episode. Our literature, our films, our drama, our folklore all exalt it." 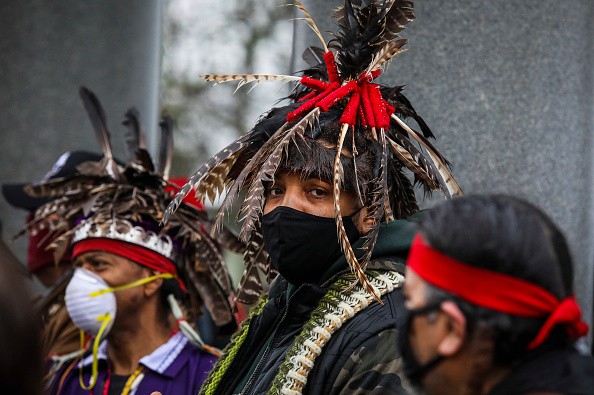 Demonstrators stand in front of Plymouth Rock while participating in The 50th Anniversary of The National Day of Mourning, a reminder of the genocide of millions of Native Americans and the theft of Native lands, in Plymouth, Massachusetts, U.S., November 26, 2020. /Getty

Demonstrators stand in front of Plymouth Rock while participating in The 50th Anniversary of The National Day of Mourning, a reminder of the genocide of millions of Native Americans and the theft of Native lands, in Plymouth, Massachusetts, U.S., November 26, 2020. /Getty

These words are tough to hear, but, unfortunately, very true. That is perhaps why this aspect of Martin Luther King's legacy is systematically ignored by the media and why it is not taught in high schools and universities. I sincerely hope that one day history will give credit to Dr. King for taking up the cause of indigenous Americans. Perhaps what is needed is an "Indigenous Lives Matter" movement that will raise awareness about the fate of these "unsung victims" whom we falsely call American "Indians," although they have nothing in common with the Indian Sub-continent.

Nearly 60 years after Dr. King wrote his riveting book, racism against indigenous Americans persists, and many do not forget the signs that used to hang in South Dakota stores – in Arizona near the Navajo "Reservation" and in so many other places in the American West: "No dogs or Indians allowed." This kind of humiliation is difficult to forget.

In the heyday of European imperialism and colonialism during the 19th and 20th centuries, many genocides also occurred in Africa and Asia.

It is unfortunate that – similarly as with human rights – the term "genocide" has been politicized and weaponized. The new game is to denounce geopolitical rivals and accuse them of genocide. This occurs more and more in an evidence-free manner, without bothering to consult Article II of the Convention, which provides a precise definition of the term.

It is irresponsible and disrespectful of real victims of genocide when the term is denatured and used simply for propaganda purposes, as is the case with unfounded allegations of "genocide" in China's Xinjiang Uygur Autonomous Region. The country has invited the UN High Commissioner for Human Rights to visit the region. This, however, does not stop the corporate media from doubling down on the politically motivated allegations. There is even a nexus being constructed between the baseless charge and the threat of a possible boycott of the Beijing Winter Olympics. This is a disgrace because it demeans international law and the need for international cooperation.

On December 9, 2021, the international community should recommit to human rights, in particular to Article 20 of the International Covenant on Civil and Political Rights, which specifically prohibits any national, racial or religious hatred and propaganda for war, because it is under the cover of war that genocides take place. More than ever, the world wants peace and needs disarmament for development.