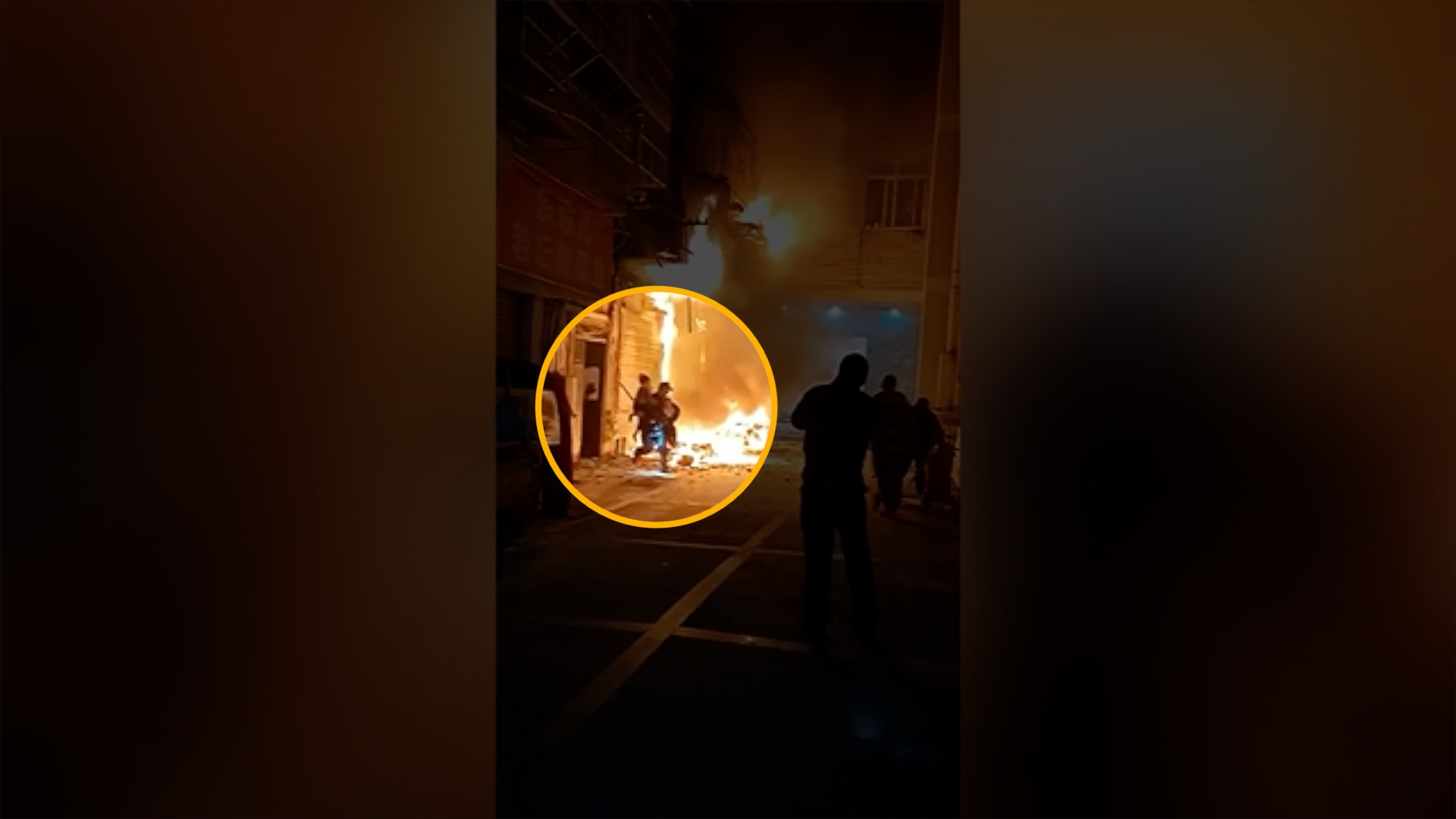 Video of a fire in Yibin City, southwest China's Sichuan Province, on December 5, captured a police officer rescuing two children from the burning building before rushing back again to rescue other residents.

Firefighters later extinguished the blaze. More than 30 residents were evacuated and no casualties were reported.