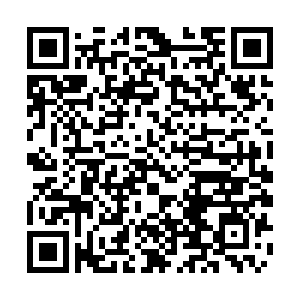 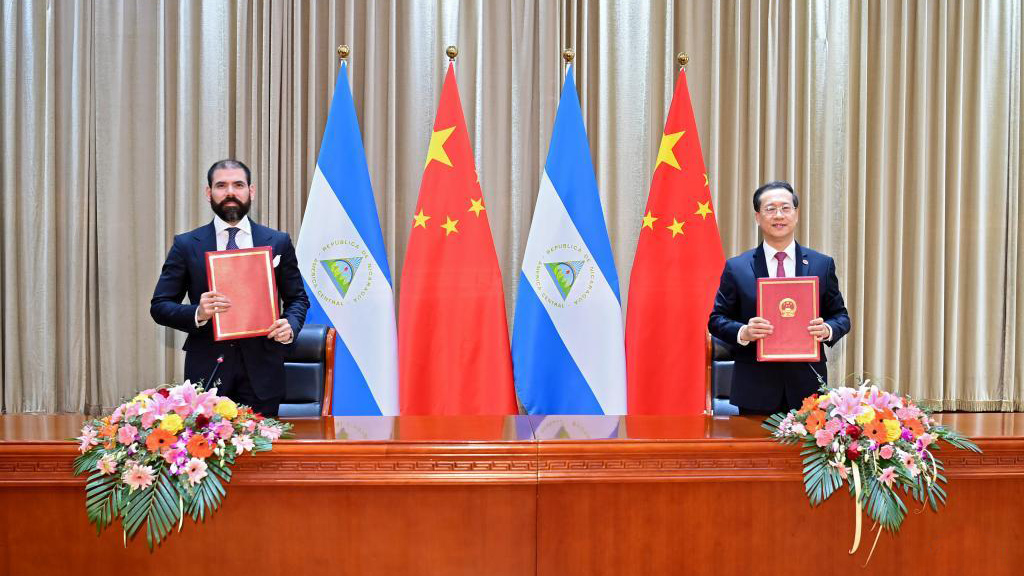 The People's Republic of China (PRC) and the Republic of Nicaragua signed a joint communique on the resumption of diplomatic relations between the two countries on Friday in north China's Tianjin Municipality.

Keeping with the interests and desire of their peoples, the two countries have decided to recognize each other and resume diplomatic relations at the ambassadorial level, effective from the date of signature of the communique, according to the document.

Nicaragua's decision to recognize that there is only one China in the world and resume diplomatic relations without any preconditions is fully in line with the fundamental and long-term interests of Nicaragua and its people, said China's Vice Foreign Minister Ma Zhaoxu during talks with Nicaragua government representative Laureano Ortega Murillo on the occasion.

"Today, China and Nicaragua open a new chapter of diplomatic ties," Ma said, adding that China is willing to develop all-around cooperation on the basis of mutual respect and mutual benefit, thereby pushing the development of bilateral ties to benefit the two countries and their peoples.

Ma said China will help the country in its fight against the pandemic and promote bilateral cooperation in fields such as economy, people's livelihood, social development, infrastructure construction and investment.

For his part, Ortega said the resumption of diplomatic ties with the PRC is in line with the Nicaraguan people's willingness and interests. Nicaragua recognizes the one-China principle and that the PRC government is the sole legal government representing the whole of China, and Taiwan is an inalienable part of China's territory, he said.

The government of the Republic of Nicaragua has severed "diplomatic relations" with Taiwan and will no longer develop any official relations or official exchanges with Taiwan, he added.

Ortega said his country is willing to participate in the Belt and Road construction and enhance cooperation with China in areas including politics, economy, society and cultural exchanges.

(Cover: Representatives of the People's Republic of China and the Republic of Nicaragua at the signing of the joint communique on the resumption of diplomatic relations between the two countries, Tianjin Municipality, north China, December 10, 2021. /Xinhua)